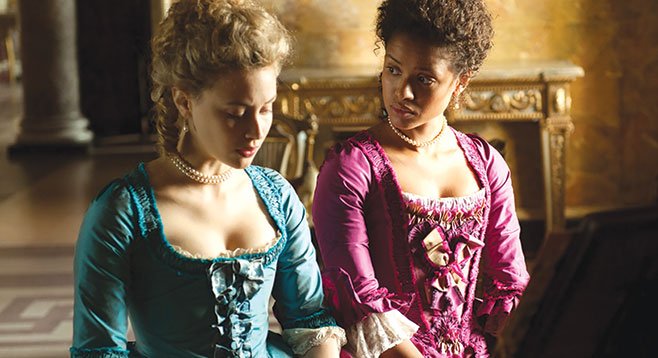 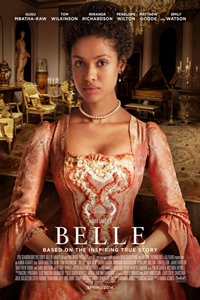 “Based on a true story” is an overused and much-abused claim, now used to gussy up everything from supernatural thrillers to backstage comedies. Belle at least has the added distinction of being based on a true painting, one that hangs today in a Scottish castle and depicts the titular character standing beside her cousin Elizabeth. The visual heritage is not squandered: whatever its faults, Belle looks fantastic.

The film is an artful, occasionally lively updating of Jane Austen–style “Whom shall I marry and how?” social mores, with questions of race providing some additional shading and texture. Our heroine (Gugu Mbatha-Raw) is the lovely, orphaned daughter of an English admiral and a never-glimpsed black woman. She has her father’s name and fortune, but her mother’s skin — an unfortunate combination in 18th-century England.

It is also a plodding, thoroughly undramatic account of one man’s tested adherence to the dictum fiat justitia, ruat caelum — “Let justice be done, though the heavens may fall.” Belle’s guardian is William Murray (Tom Wilkinson), the Lord Chief Justice of England and Wales, and the nation is waiting for his ruling on a case regarding a group of slaves who were drowned in transit. The captain says it was because there wasn’t enough water for both crew and cargo. The insurance company claims otherwise. And as we are repeatedly told, the economic future of England may very well depend on Murray’s ruling.

Naturally, the personal and political get all muddled up, especially when Belle starts talking to a minister’s son bent on bending the laws regarding slavery to the side of justice. As a result, we have to endure a liberal dose of exposition and speechmaking, one best suited for those who prefer the piquancy of moral righteousness over butter and salt on their movie popcorn. (On the social side, we get a smattering of “Oh, no they didn’t” comments about race and heritage.) Overall, the feeling is similar to that of Dallas Buyers Club: a guided tour of the blinkered past via someone not too different. (Matthew McConaughey’s character was a straight AIDS patient and a good ol’ boy; Mbatha-Raw’s Belle is half-white, and a gentlewoman besides.)

Mbatha-Raw is unfailingly appealing, and Wilkinson dons his fine gruff-yet-loving persona like a favorite powdered wig. After that, there is a falling off: Emily Watson is positively wasted as Murray’s wife, and the film’s young men labor mightily to escape their appointed purposes in the story.