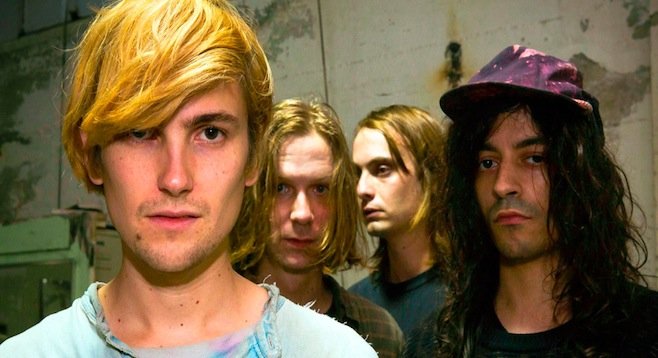 Frontman Zachary Cole Smith walked onstage to tune his guitar and cheekily greeted the audience before plunging immediately into their debut album’s opening tracks. “Druun” and “Past Lives,” from Oshiin, had the audience jumping around feverishly, eyes closed as they rocked their bodies back and forth to the band’s immense, oceanic sounds. Smith has stated in interviews that he wanted a band that was based on nature, each member representing an element: earth, water, air, and fire.

Newer tracks, like “Dust,” and a handful of untitled songs that notably contained poppier melodies, along with other oldies, such as “Air Conditioning” and “How Long Have You Known,” continued the audience treading sonic water.

After performing “Wait,” DIIV dove straight into their live staple, the punked-up “Doused.” Smith’s howling vocals enveloped the room atop the thudding bass riff, surrounding the crowd one last time. As the stage lights flickered, saturating the room in a swarming scheme, the members of DIIV threw their bodies around the stage, and one could only feel caught inside this maelstrom of DIIV’s visual and auditory bliss.