Case against Filner/city gets prickly

"Every woman on the planet has had her butt grabbed."

The sexual harassment lawsuit brought against former mayor Bob Filner by a wounded Marine and her nurse has turned ugly — not by Filner's accusers but between their respective attorneys. 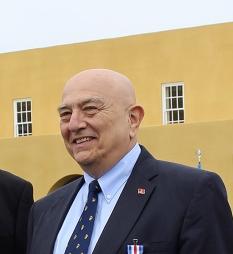 Image by Jennifer Hlad/Stars and Stripes

In a newly filed court document, chief deputy city attorney Joe Cordileone is requesting sanctions be imposed on Carla DiMare, the attorney for Michelle Tyler and Katherine Ragazzino, who claim Filner agreed to help with veteran benefits in exchange for sexual favors.

Cordileone filed a formal motion asking that judge Joel Wohlfeil slap DiMare with a $150 fine for citing an unpublished court case in a filing and report her to the State Bar.

On March 28, Judge Wohlfeil denied Cordileone's first attempt at sanctions against DiMare. In response, Cordileone filed yet another.

The motions come after months of biting emails between the attorneys.

"Because of difficulties we have had in the past, I choose not to speak with you over the telephone," Cordileone wrote in a March 20, 2014, email to DiMare. "The fact that you chose to avoid such a convenient and effective solution [filing a formal withdrawal] leaves me with no confidence in your bona fides. I do not understand why, given the fact of our fundamental disagreements, you choose to make things so difficult. I would be happy if you could explain that." 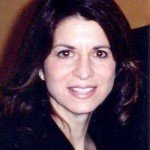 DiMare says otherwise. She says the city has come out guns a-blazing in their legal attack against her clients. The attack included alleged threats from Cordileone to make the women pay for the city's legal fees if they lose their case. Cordileone is also said to have come out and belittled the Marine and her nurse by stating that "every woman on the planet has had her butt grabbed."

In her opinion, Cordileone's formal request for sanctions, despite the fact that she withdrew the citation, is not only another example of harassment but a misuse of taxpayer dollars.

"In the midst of berating and trying to intimidate Plaintiffs' lawyer, Mr. Cordileone loudly said that every woman on the planet has had her butt grabbed. The City assigned five lawyers to the case. Then it served Plaintiffs with approximately 1000 discovery questions, including subparts. Then the City filed an 18 page motion to sanction plaintiffs' lawyer $150 for citing one unpublished case in a footnote which involves the City of San Diego that she withdrew before the City filed its improper motion. The case was clearly not cited for its law, but rather for the verdict and fee amounts."

The back-and-forth began not long after Ragazzino and Tyler filed their complaint to the City's Risk Management Department. In his response, Cordileone provided his thoughts on what he saw as a frivolous lawsuit.

"You haven't convinced me, but you are free to explain to a Judge how, as a matter of law, your clients could not ‘easily terminate’ the relationship? After that single incident you describe (an incident that Ms. Ragazzino never saw), what stopped those ladles from walking out the door and ending forever any relationship at all with Mr. Filner? Oh, wait a minute. Isn't that exactly what they did? The fact they walked away, demonstrated their ability to ‘easily terminate,’ not merely the relationship, but all contact with Mr. Filner. Forever.

"I ask that you do three thing[s]: 1) Make sure to give your clients all of the information I have shared with you. 2) Reread and carefully analyze all authority which has been exchanged in this case. 3) Consult with an attorney who is more experienced than you in the law as it relates to sexual harassment and related claims. Do these three things In the context of determining whether the law provides your clients with any claim at all against the City of San Diego.

"...As I told you before, anyone (including any lawyer) who forces the City to defend overcharged or frivolous cases should know that the City will do all in its power to discourage such conduct. That includes utilizing every statute that protects defendants, especially governmental entities, from legal predators."

"Not long ago, after serving two tours of duty in Iraq and Afghanistan and becoming permanently disabled and suffering [traumatic brain injury], [post traumatic stress disorder], spinal injury, and nerve damage, [Veterans Affairs] misclassified Ms. Ragazzino. She was unable to get appropriate benefits or care or take care of herself, her parents passed away, and she ended up homeless. Ms. Tyler, her caretaker nurse, makes ends meet. Mr. Cordileone is now threatening them that if they dare to sue the City that he will go after them for attorney fees. Really? That strategy may give the City of San Diego another black eye.

“If Mr. Cordileone's strategy is to berate, threaten and try to intimidate opposing counsel, then I suggest that you rethink that strategy, too. It will not work. I believe that someone with some sensibilities who is unopposed to a peaceful resolution, instead of someone who feels compelled to exert power, shout, threaten victims, and order around opposing counsel, would be wiser. Again, a bellicose approach and dismissive attitude to trivialize the victims' damages does not help the City of San Diego to resolve these claims in a fair or expeditious manner. That should be the goal here."

Carla DiMare did not want to comment for this story.

The two sides will appear in front of Judge Joel Wohlfeil to discuss the request for sanctions on May 30 at 9 a.m.