Brick by Brick is in play

...and you won't believe who the players are 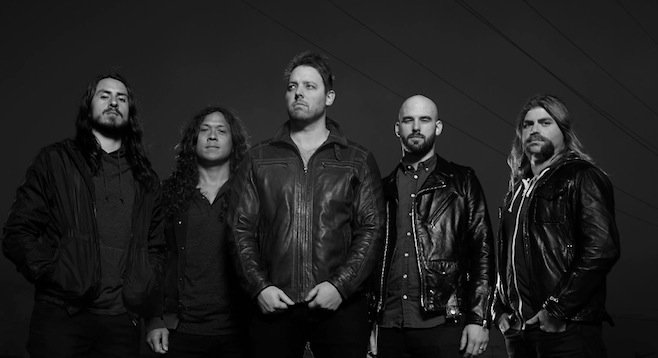 On May 1, the day before As I lay Dying lead singer Tim Lambesis was to be sentenced for his role in paying for his wife's murder, the fate of three of his former bandmates was disclosed by the California Department of Alcoholic Beverage Control (ABC).

According to the ABC website, former As I Lay Dying drummer Jordan Mancin (who founded As I Lay Dying with Lambesis), guitarist Nick Hipa, and rhythm guitarist Phil Sgrosso are to take over Brick by Brick.

No official announcement has been made, and Brick by Brick majority owner Max Paul was not available for comment.

Brick by Brick’s liquor license was suspended December 13 due to unpaid state tax liens. The Bay Park venue closed its doors in February. Paul said it was for remodeling.

In order for Brick by Brick's ABC license to be usable, the new owners would need to pay off the old liens (thought to be about $30,000 by those close to the situation) and then pay Paul any additional money that all parties agree on. It is thought that Brick's license was worth between $60,000 and $70,000, which means Paul would net $30,000 to $40,000 after the liens are paid.

The license was listed by the ABC on May 1 as being in “pending” status.

Insiders say that local music impressario Alice Stinnett orchestrated the purchase, and that she will become the new general manager of Brick by Brick or whatever name it will take on. Stinnett has managed bands, including local metal band Symbolic, and she ran an all-ages live-music venue in Clairemont called the Scene, which closed nine years ago.

It was announced a few weeks ago that in anticipation of Lambesis's incarceration, the three As I Lay Dying bandmates were taking on Shane Blay, former lead singer of Oh Sleeper, a Fort Worth, Texas metal band, as their new frontman. The new band is called Wovenwar and is signed to Metal Blade Records.

Their involvement in resurrecting the 400-capacity venue will bring live music back to Bay Park, which has been without a live-music venue since the nearby Griffin was sold a month ago.

I neglected to state that the sale of the bar and ABC license is in escrow. Insiders say the "pending" status of the license is a normal process while a background check is run on the new licensees and while the ABC waits to be told that the holds have been removed by the respective California tax agencies.

The Lambesis sentencing has been postponed until May 16