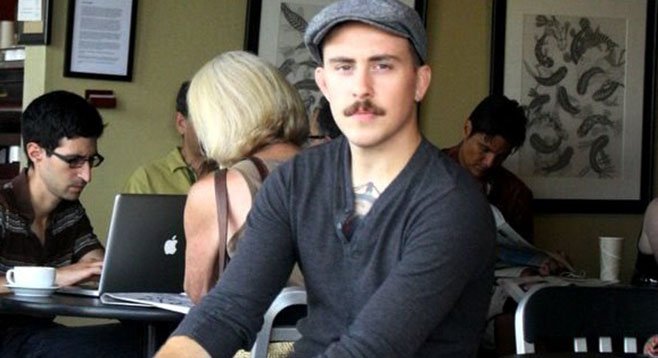 My friend Natalie recently broke up with her boyfriend. In an effort to get her to move on, I attempted to set her up with a good guy friend of mine. They have a lot in common, so I figured they would be a good match. I pulled up his profile picture on Facebook and she rolled her eyes.

“Is he wearing skinny jeans? Are those suspenders?” Natalie was horrified.

“Here’s the problem,” she told me, “There are too many hipsters in San Diego. I don’t want to date a grown man that wears skinny jeans and scarves, or someone that has one of those stupid beards. If you’re over 25, you’re too old to dress like a hipster. All I’m asking is that they dress like grown-ups.” 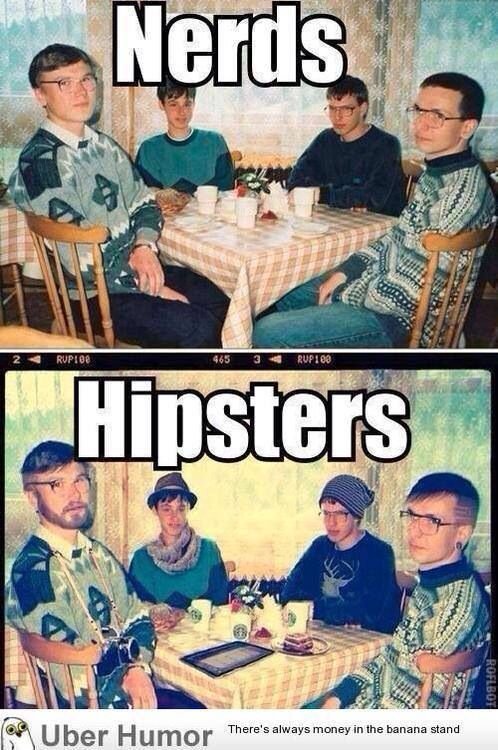 “Do mature adults use the term grown-ups?” I teased.

Nat ignored me and continued, “Did you see that picture of hipsters and nerds on Reddit?”

I hadn’t. So she did a quick Google search and produced a picture of real-life Polish scientists dressed how you would imagine they would dress, followed by a version of the photo doctored to include a few extra accessories, making them look like “hipsters,”

“That’s pretty funny!” I told her.

To get a full idea of the kind of “hipsters” Natalie found undateable, I pulled up a few of my Street Style photos to see what she thought. 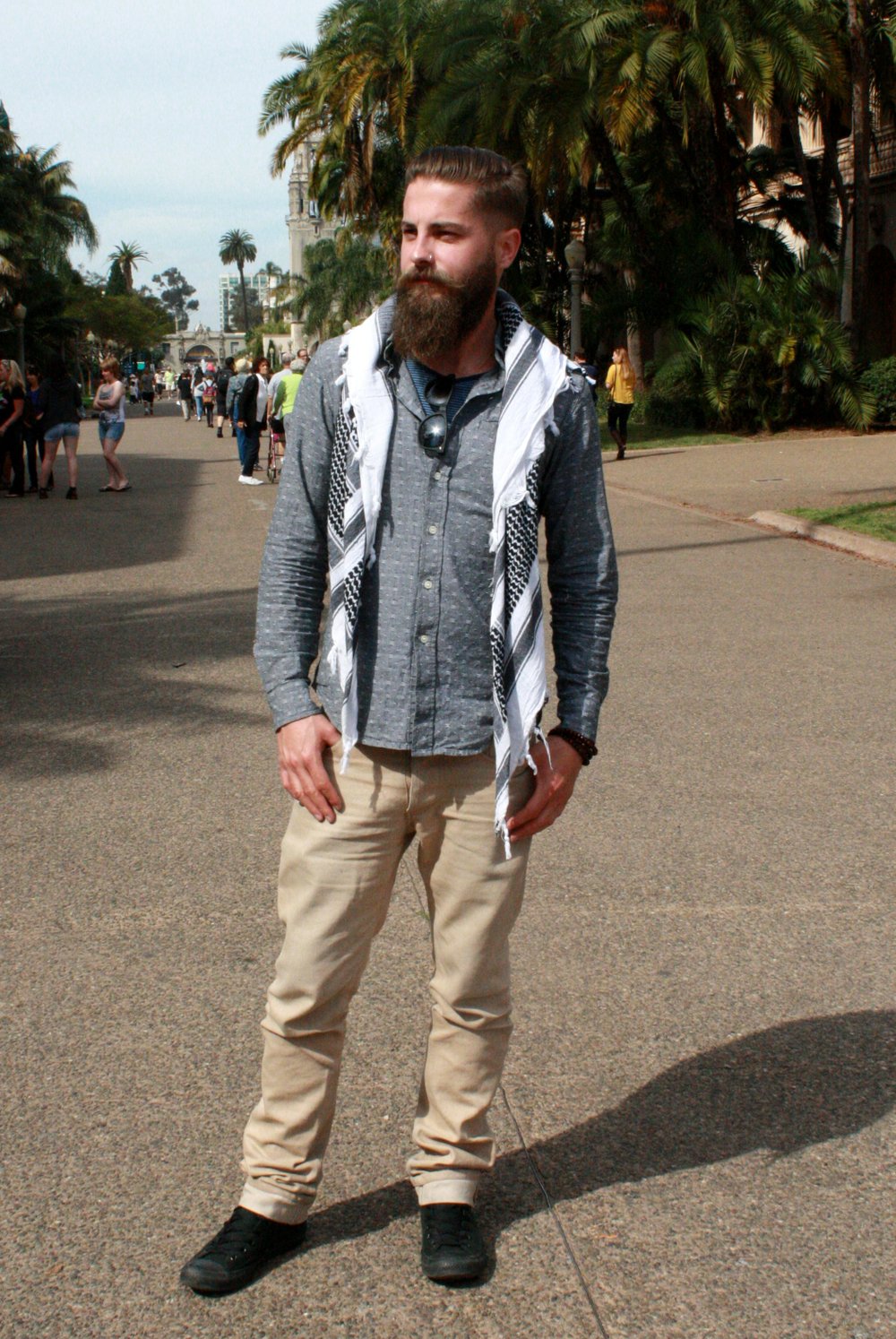 First up was Mark. I ran into Mark at Balboa Park while he was working as the art director for a catalog shoot. He wore a pair of slim cut khaki pants and a subtly polka-dotted button-down with a striped tee underneath. Both shirts were from Brooklyn, a Calgary, Canada-based denim and supply store. His scarf was purchased at an army-surplus shop. He also wore a pair of simple black Chuck Taylors.

“That guy is basically the epitome of what I am talking about. Why the scarf? It looks like a grandma shawl. And that beard! Can you imagine kissing a guy that has a beard like that?” 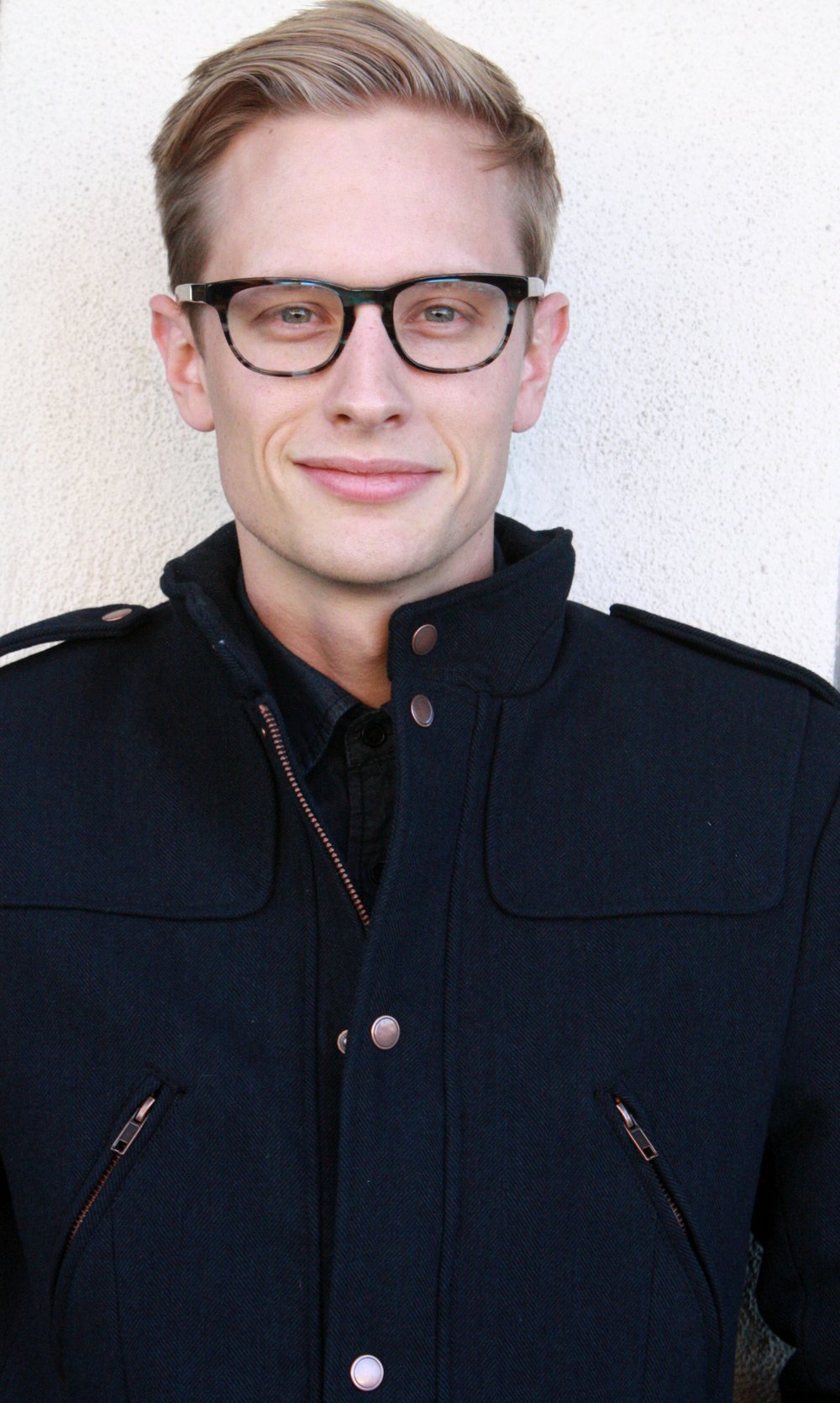 Mark told me that he had been growing the beard for nine months. When asked if he planned on shaving it, he said, “Never!”

Next up I showed her a picture of 26-year-old Patrick. I found Patrick at Bird Rock Coffee Roasters. He wore a pair of traditional slim-fit, dark-denim jeans, not too skinny, a pair of classic slate-gray boots, and a raglan, long-sleeve tee with a newsboy hat.

“Not bad,” Nat said, “But why do they all have to have facial hair and tattoos? He’s not the worst hipster I have ever seen. But, I see two dealbreakers going on. First off, it looks like he might shave his chest. I don’t like the way he is sitting and the mustache is stupid.”

Lastly I showed her a pic of 27-year-old Daniel Barnier, a graphic designer, who I ran into outside of Karl Strauss in La Jolla.

“Yes, please! Apart from the glasses he doesn’t look much like a hipster. He looks really pulled together. He looks like a well-dressed adult. The only problem I have is that he might be too pretty. No one wants to date a guy who is prettier than they are.”

My final conclusion: Natalie is too picky.