Letters to the Reader 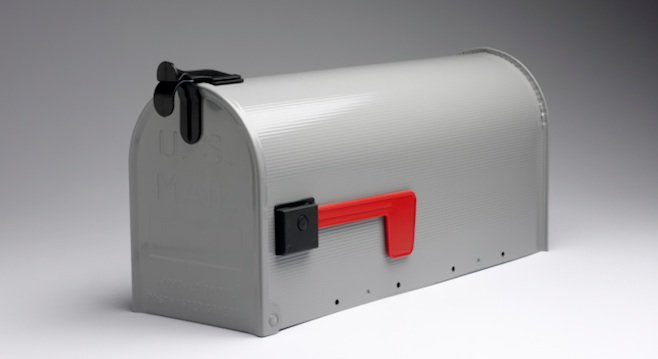 Dyslexic error in the Jack Tempchin piece, aptly titled “Peaceful Boozy Feeling,” by Patrick Henderson (Blurt, March 13). Mr. Tempchin’s red wine has been out for 11 months and retails for $19.99 at Whole Foods, Sprouts, and Costco. His yet-to-be-released white wine will be in the $12 range.

The Reader is noted for the artistry of its writers, the creativity of its covers, and its ability to capture the details of San Diego County’s politics better than televised media. Please do not allow your reputation for class and elegance to be tarnished by film reviewers striving for cutesy/woozie wit, but instead slinging insults to every one of your subcategories of readers as the author of “Earl Stiff’s Oscar Recap” does (March 6).

— “Who did John Stamos fellate to get a seat in this full house?”

— “Pretty ballsy of lesbian Degenerate to crack wise about Jonah Hall’s prosthetic wand in Wall Street Wolf. ‘You showed us something we haven’t seen in a long time,’ quipped the penis-allergic talk-show host.’”

Such cutting venomous quips are offensive and insulting. Moreover, they continue nonstop. Relative to Mrs. Helen Scorsese, this overgrown kid with same-sex sexual obsessions wrote: “She’s on the arm of the hottest piece of man-ass in the room and from the look on Helen’s face, you’d think her colon was about to burst.”

Such comments suggest that this writer forgot to visit his own therapist. These sordid attempts at gay wit fail miserably. Having failed at gay wit, he attempts subtextual “nier wit” by stating: “Perry Tyler onstage at the Oscars?! Shouldn’t he be taking drink orders or parking cars?” How dare you make such a racialist statement.

Come on now! We, the residents of San Diego County love the Reader. We share your articles with our national and international friends. How did such a biting, crude, Freudian-based, ridiculing, racist, cutting, and disgusting piece of trash get past the publishers?

The woman on your February 27 cover bears an uncanny resemblance to Leslie Lopez, the KUSI morning weather lady.

Dribble of a Diva

I was skipping over this week’s Diary of a Diva piece, as I usually do, when the word “divorce” caught my eye. I thought, please God, make it about a divorce from her regular self-indulgent tripe at the Reader.

I’ve long felt that she must be a friend or relative of the publisher to get this dribble into the publication every couple weeks.

Is there anyone more egotistical, boring, or neurotic than Barbarella? Oh, yes, there is — her husband! They are a match made in heaven.

I can’t believe people actually read her. I really can’t. She’s just unreal. I skip her column every publication. I just can’t stand her.

We absolutely love your magazine, but the best part is Roam-O-Rama. We’re in our mid-60s, and we look forward to the hikes that are in it. We just got back from the Lake Ramona via Lake Poway hike today.

Now that we’re both retired we’re able to do a lot more hiking. We grab the Reader as soon as it comes out. I can’t tell you how many hikes we’ve taken. Whoever is writing those articles is doing an excellent job.

Just wanted to let you know that we look forward to your magazine so we can discover new hikes to take in San Diego and in the area.

I would like to thank you for finally calling attention to the horrible seal problem at the Children’s Pool in La Jolla (“La Jolla Is Becoming a Sea Lion Cesspool,” January 16).

I am a 35-year-old San Diego native. The Children’s Pool has always been a disgusting, dangerous place to swim. Obviously, there are better beaches to swim at in San Diego. But it was Ellen Browning Scripps, the patron saint of La Jolla, Torrey Pines, and all points in between, Ellen Goddamn Browning Scripps who named it the Children’s Pool, and if that’s what she called it, that’s what it is. End of discussion.

Obviously she would have named it Seal Baby Shit Beach or something similar if the seals were supposed to be there.

Seriously, what are they even doing there anyway? Obviously breaking laws, that’s what. Public nudity, urinating and defecating in public, having sex out of wedlock in public ... the list goes on and on. The question here is obvious: Is this the kind of example we want for our children? At the Children’s Pool?

Listen. Before you get the wrong idea, you have to know I love nature. I’m all for having a beach where animals are allowed. Just not at any of the beaches here in San Diego. My family and I might want to go to one of them, and, like I recently heard in some commercial I forget (that part’s not important), I should never have to wait. Especially for something lower on the food chain to finish pooping out babies. Gross.

Have you ever seen something give birth? It definitely doesn’t look like anything I’ve ever seen on Baywatch. How are we going to keep San Diego the vapid tourist destination it is if we have seals shitting and dumping babies on one of the beaches three months out of the year?

What if my Aunt Linda, who’s totally not into animals, is here on vacation and sees these seals belching and crapping in the sand, and then she goes home and tells all her friends, who also don’t like animals? Didn’t anyone think of this? Clearly, these seals and their punk friends have been allowed to engage in this delinquent behavior for far too long.

It is for these reasons that I proffer the following Final Solution to the seal problem at the Children’s Pool: Let’s club ’em.

I know, I know. When I first had the idea, I thought it sounded like a lot of work, too.

But did you know fur trading is a completely underrepresented part of Californian history? It was ultimately even more important than the Gold Rush in opening up the state to international commerce.

And the best part is that San Diegans of all ages would be able to join in the educational fun! We could have presentations in middle schools, and form clubbing clubs! Seminars to train individuals in the proper use of a club. Truly, the possibilities are endless. All we have to do is act.

We have to do this clubbing thing right. You can bet our forefathers sure as hell did the job right; have you ever seen a sea otter? Or the abalone they use to feed on while floating on their backs in the kelp beds off of Casa Beach? NOPE. If our grandpappies got rid of those vermin, then we can get rid of these goddamn seals and their filthy babies.

It breaks my heart when I hear people say my generation is going to be the first to not do better than its parents. Continuous progress, as defined by one’s capacity to constantly acquire material wealth, is the narrative upon which I was weaned. Clearly manifest destiny has not been fulfilled. As long as there is any visible wildlife anywhere, ever, we have failed as a species, and we deserve to eat shit and die.

So what are we waiting for, San Diego? Let’s issue permits during pupping season and beat this problem together.