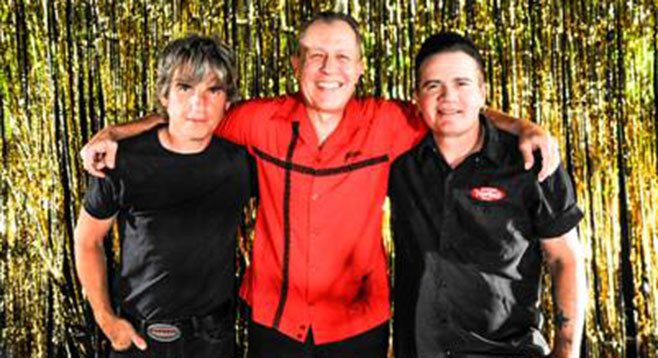 When Jim Heath adopted the name “Reverend Horton Heat” in the ’80s, he didn’t have high hopes for his particular brand of “rock and roll influenced by mid-century American music, especially rockabilly.”

“When you’re in a band, there’s always this undercurrent of ‘We can get a big record deal and have a hit record and be millionaires and be rock stars,’” Heath explained to the Reader via phone. “That’s a great dream. Just doing a straight rockabilly thing with me and my guitar and eventually adding bass and drums...it was kinda me giving up. I’m just gonna write my little songs and maybe I can get some gigs at some coffee shops.”

Heath continued, “Back in the mid-’80s it was hair-metal...the rockabilly thing was kinda outta the blue. I had to explain rockabilly a lot back then. The Stray Cats, the Blasters, and the Cramps, all those bands were playing in new-wave and punk-rock venues, so it really put rockabilly on the radar in the burgeoning alternative scene. At that point, rockabilly was accepted in the alternative world, but in the largely mainstream rock-and-roll world it was just a joke.”

It’s 30 years later and Heath’s trio is still blazing a trail of roots rock across the country with more than 100 shows annually. Though he has gone through several drummers, his bass player, Jim “Jimbo” Wallace, has been a bandmate for 25 years.

“We were down in Houston playing a gig and Jimbo came and met us. Jimbo was talking to Jack [Barton, original bass player] and tried out his bass and started doing this little triple-slap thing and my ears kinda perked up. So when Jack wasn’t looking, I went over there and got Jimbo’s number. When Jack quit the band I called up Jimbo, and Jimbo went in the next morning and quit his job and the next day moved to Dallas,” Heath said.

“His attitude about playing shows is a real key to the success of this band. He’s always had a very gung-ho attitude about playing gigs. That’s really what made us successful, I think, is that we were able to get out there and not only play a lot of gigs and expose ourselves to people, but when you go out there and play 275 nights per year for five, or six, or ten years, you get good.”

Reverend Horton Heat will light up the Casbah Tuesday, March 25 through Thursday, March 27.