Ex-convict accuses mother of his children of infidelity 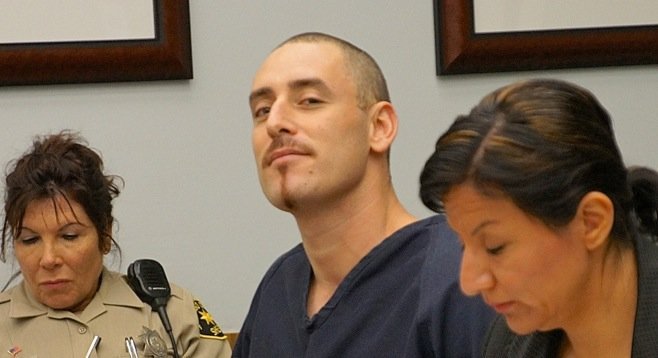 Marco Antonio Carapia, 34, pleaded not guilty today, March 17, to felony stalking of the mother of his two children. “In his mind, I was screwing everybody,” a woman identified as Ashley told a judge.

Ashley is 30 years old and has five children; her oldest three are no longer in her custody. She currently cares for her two youngest, a 4-year-old and a 2-year-old; those children were fathered by Carapia. “We always fought,” Ashley testified.

Last November, Ashley believed that Carapia was using methamphetamine, so she obtained a restraining order against him. “’Cause, like, I don’t want to lose the kids,” Ashley said. The woman admitted she has used meth.

Ashley claimed that Carapia removed parts of her car engine to disable the vehicle; and he used a cell-phone app to find her whereabouts by texting her; and he hid in bushes near her apartment on West Vermont Avenue to confront her. He called her a “ho” and a “tramp” and a “slut,” the woman claimed.

Carapia has confronted Ashley and her male friends and made more vulgar accusations, she said. A note reportedly left by Carapia stated “shame on u” for “screwing old men for rent money.” A copy of the note was presented as evidence during the preliminary hearing.

The case against Carapia has been charged as felony stalking instead of multiple misdemeanor violations of a restraining order.

Records suggest that Carapia has a history of convictions in San Diego County dating back to 1999: drugs, burglary, stolen vehicle, and felony evasion with wanton disregard.

Carapia was most recently arrested February 4 and is held in lieu of $250,000 bail. He is next due in court on April 21.

A handwritten note allegedly left by Carapia at Ashley's apartment was offered as evidence at the court hearing. 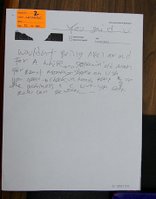 Photo by Eva. by Eva Knott

Can't stand that face. He gets a kick out of scaring women, scrambled brain boy.

Naw, Shirley, he's an upstanding citizen of Escondido. What he was doing was some of "la vida loca", Escondido style.

Visduh, these guys are dancing all over city streets. Where are their mothers?