Beer of the Week: The Lost Abbey Cuvee de Tomme

If it’s on tap, it’s not to be missed 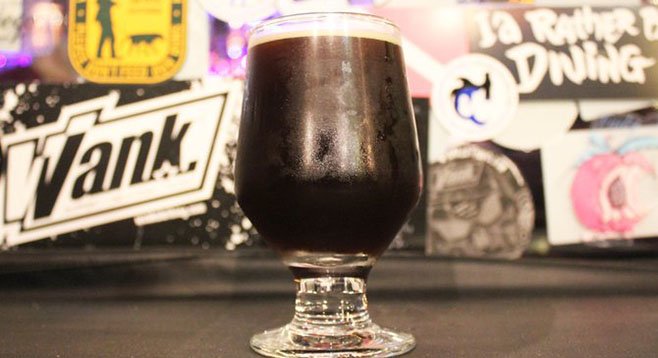 There are some beers that rarely make it on draft outside of their native tasting rooms. Produced in small quantities, they’re the types of brews that, regardless of what I’m in the mood for, I never pass up when presented the opportunity to consume them. Often, these beers are barrel-aged (hence, low-production and hard to come by). Such is the case with this week’s featured beer, The Lost Abbey Cuvee de Tomme.

Every now and then, I find this, one of the finest sour red ales outside of Belgium’s Flanders region (where the style originates) on tap at The High Dive in Bay Park. The first time this happened, they served it in pint glasses. Given the beer’s whopping 11% alcohol- by-volume, I’m surprised I remember. Nowadays, it comes in eight-ounce glasses, but this beer isn’t about guzzling, it’s about savoring and enjoyment, a beauty to be fawned over at an appreciative pace. I mean, the brewer who created it, Tomme Arthur, loved it enough to give it his name. (He jokingly refers to it as “Cuvee de Me.”)

The beer is low on carbonation, which allows deep flavors of oak to blast onto the palate unabated. That wood brings with it a flavor akin to balsamic vinegar, but much softer, plus big cherry and raisin. The latter’s to be expected considering Cuvee de Tomme is made by taking The Lost Abbey’s Judgment Day, a Belgian-style quadrupel made using raisin puree, resting it in bourbon and red wine barrels over cherries, then carefully blending the two aged versions together. The result is an award-winning brew most often seen at bottle shares, making the chance to have it on draft a must-seize moment.