One of SF's less-touristed treasures. 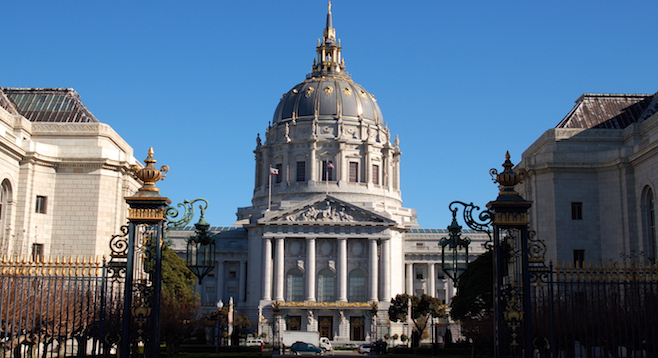 There are the usual San Francisco tourism sites: the Golden Gate, Lombard Street, Chinatown, etc. There are my favorites: the Palace of the Legion of Honor, Museum of Modern Art and de Young Museum. And then there are my secret treasures: the Palace Hotel’s fin-de-siècle Garden Court, the Clift Hotel’s art-déco Redwood Room, and the City Hall’s great rotunda.

City Hall is a beaux-arts wedding cake of a building – and appropriately so, as a friend and I attended a wedding there in December.

Back in 1915, just before San Diego and San Francisco opened their competing fairs in celebration of the completion of the Panama Canal, San Fran opened its new City Hall in celebration of the city’s revival from the 1906 earthquake that had destroyed the previous hall. The new one was designed by architect Arthur Brown, Jr., of Bakewell & Brown, who also designed the War Memorial Opera House, Federal Office Building, Coit Tower and other city landmarks. 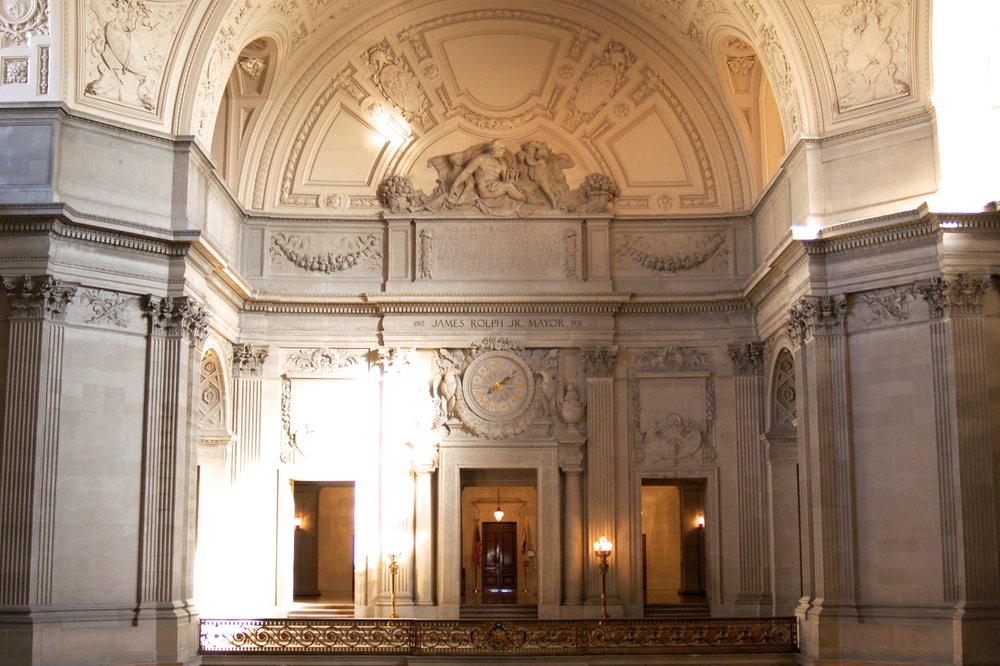 The new hall, with its granite exterior and sandstone interior (left), covers two blocks in the City Center. Exterior and interior have appeared in numerous feature films, including The Towering Inferno, Raiders of the Lost Ark and Dirty Harry. The hall’s dome, 307 feet high and 112 feet in diameter, is the world’s fifth largest. 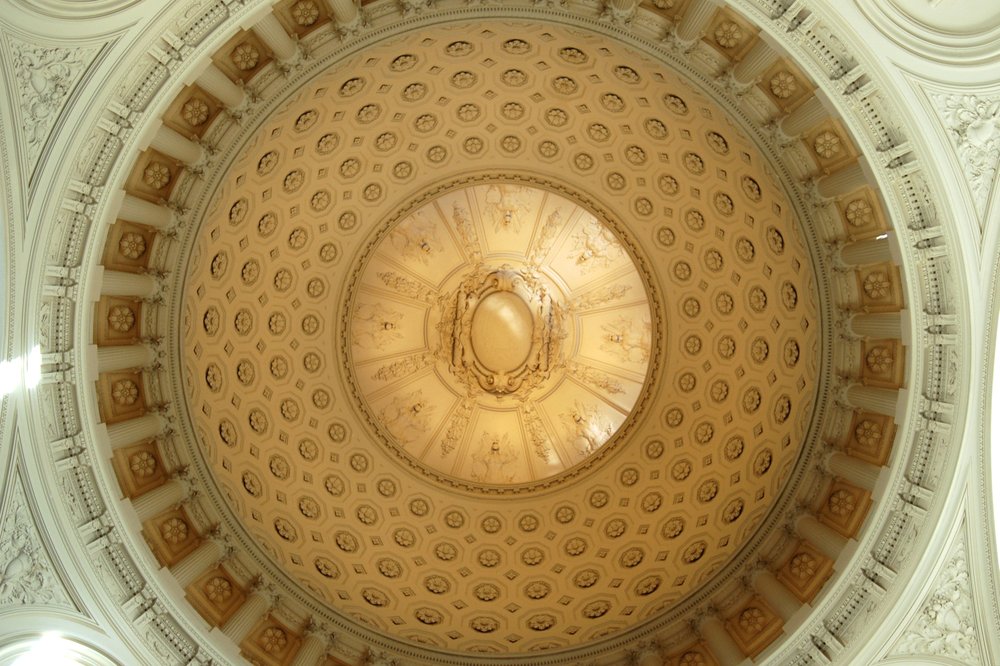 Looking up at the dome's interior.

It was beneath that dome, in the enormous rotunda, that we attended our friends’ wedding. It may not have been as newsworthy as Marilyn Monroe and Joe DiMaggio’s there in 1954, but I bet it was more fun. The justice of the peace, bride, groom and guests stood at the head of the grand staircase that leads up to the Board of Supervisor's meeting chamber. When the justice intoned, “Do you, Bradley, take Sarah to be your lawfully wedded wife?” Brad’s hearty “you betcha!” rang through the rotunda. Bradley, Jr. is expected in October.

You can pop in and bask in the majesty of the hall any time during business hours or take a 45-minute docent-led tour Mondays through Fridays at 10 a.m., noon, or 2 p.m.