Beyond the glitz is a 400-year-old melting pot of East and West. 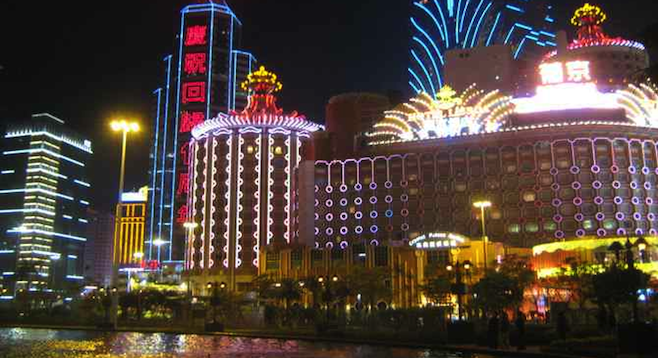 Macau has gained a reputation in recent years as a gambling mecca – “the Asian Las Vegas.” However, beneath the glitz and neon is a vibrant Portuguese-Chinese fusion culture and a former trading post with a long history.

Macau was ceded to Portugal by the Chinese emperor in 1557 to use as a trading post. The Chinese, attempting to balance their own isolationist tendencies with European demands for trade, tended to favor the establishment of neutral trading concessions rather than allowing Europeans unfettered access to the Chinese mainland. (The most famous of these is the British colony of Hong Kong.)

The Macau colony consisted of two islands and a small peninsula attached to the mainland. Here under Portuguese rule for 400 years the Macanese culture developed.

In 1999, Macau was returned to the sovereign control of the People’s Republic of China, but, like Hong Kong, is administered as a Special Administrative Region (SAR) allowing the residents to maintain their former freedoms. 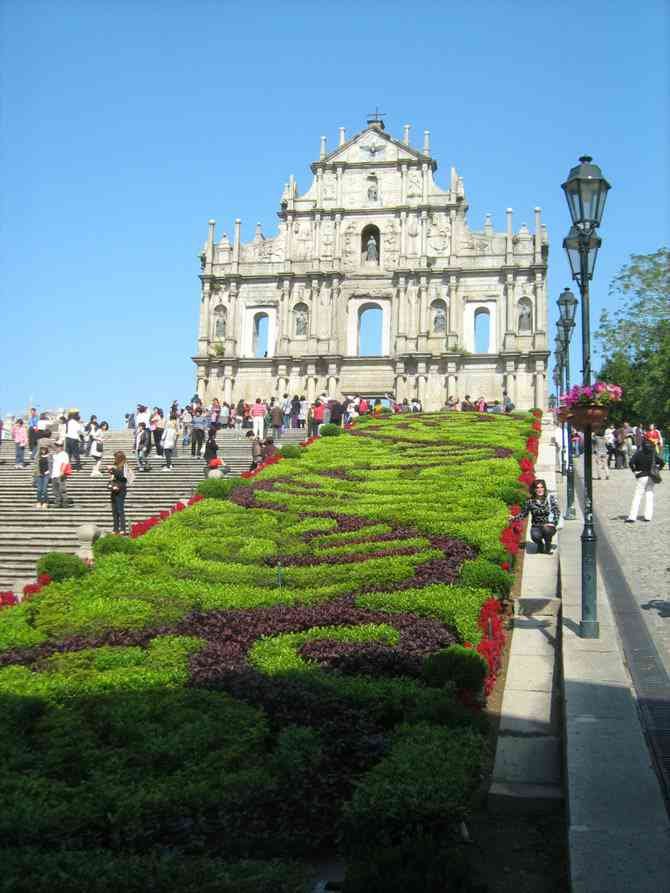 The term “Macanese,” while representing the mixed Chinese and Portuguese ethnicity of many of the residents, also represents the wider cultural mixing evident among even those who remain ethnically Cantonese. Within Macanese culture, Christianity mixes freely with Buddhism and older Chinese traditions of Taoism and Confucism. Chinese spiritual traditions being more inclusive, there's little inhibition about mixing and matching numerous belief systems.

The architecture is primarily Portuguese colonial, with no finer example than the Catholic churches spread throughout Macau. The area's most widely known landmark is the remaining facade of St. Paul’s Cathedral. Built in 1582, it was one of the largest cathedrals in Asia at the time. The main cathedral burnt down in 1835, but the front façade has remained standing until today and was named a UNESCO cultural treasure in 2005.

Nowhere is the Macanese fusion more vibrant than in the food of Macau. All the flavors of the colonies that once represented the Portuguese colonial empire are at play in the Macanese cuisine. 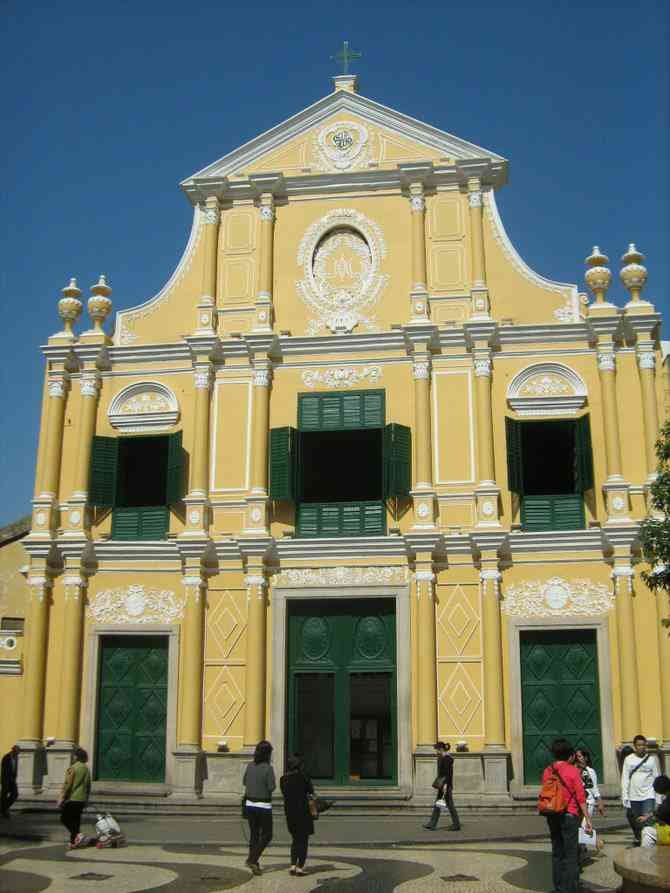 The core of the colonial city is centered on Lago de Senado, or Senate square. Its prime attraction is the Leal Senado building. Translated into English, this is the "Loyal Senate," so named because it refused to recognize Spanish sovereignty for the 60 years Spain ruled Portugal.

A few blocks from here is one of the finest examples of Portuguese colonial architecture in Macau, the church of St. Dominic’s. A short walk north of here leads to the Ruins of St. Paul.

Once you've walked up the stairs to St. Paul’s, the hill on your right will take you to Monte Fort and the must-see Museum of Macau. 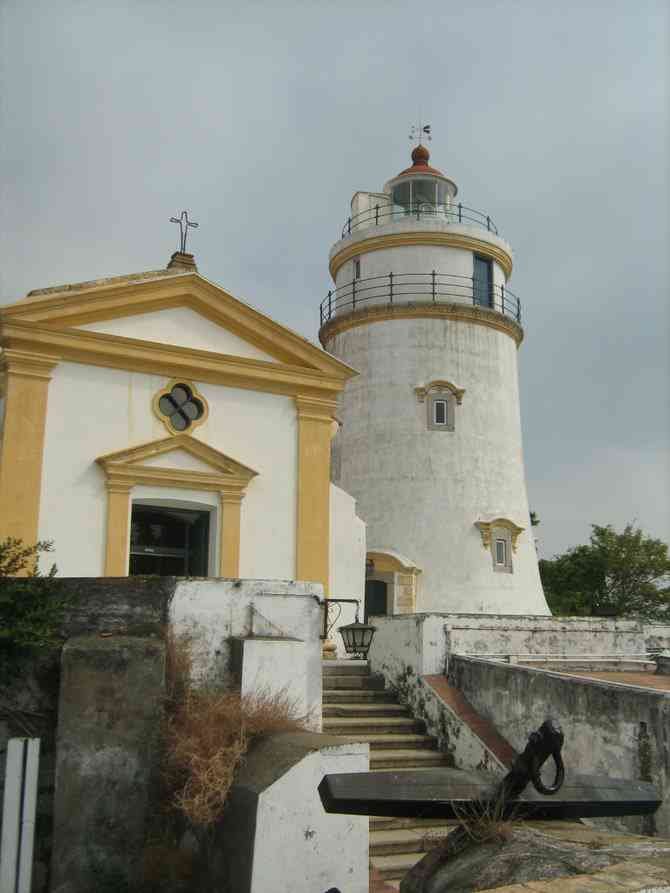 Macau has more than its fair share of viewpoints, but none is better than the view from Guia Hill, the highest point in Macau. You can take a cable car to the top or just walk up the steps from Flora Garden Park.

At the top are the remains of the 1638 fort used primarily for defensive purposes but also as a lookout over the sea for incoming vessels. From this point, you can admire both the modern southern part of Macau and the northern colonial center. Also, it’s from here you can appreciate just how close Macau is to mainland China; you'll see the Chinese city of Zhuhai along the land border on the north and a narrow waterway on the west.

While on the hill don’t fail to visit the 17th-century Chapel of our Lady of Guia and the adjoining lighthouse. The lighthouse was one of the first on the Chinese coast.

Unlike the mainland, where religion was discouraged for years under communism, in the foreign territories traditional Chinese religious practices were preserved and lived alongside the Christian practices brought by Europeans. Nowhere is this more evident than in Macau, which in many ways never became as Westernized as other foreign territories like Hong Kong. 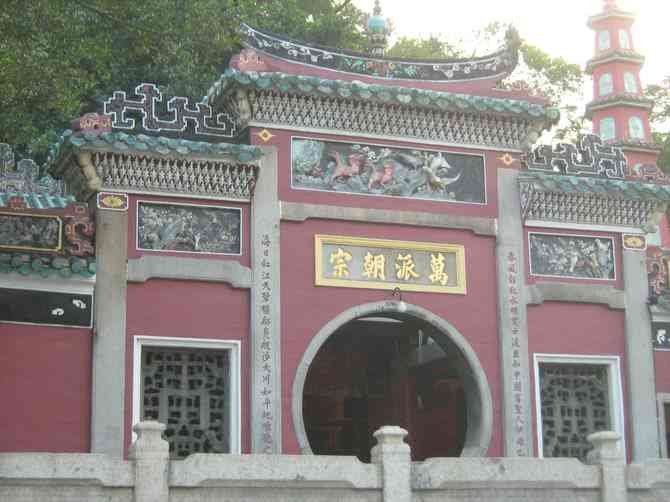 The largest and most scenic of the temples of Macau is the A-Ma temple on the southwest side of the peninsula. Dedicated to Matsu, the Chinese goddess of seafarers and fisherman, this Taoist temple is built into a hillside along the coast. The temple dates back to 1488.

The modern statue of the goddess Guan Yin that sits on a jetty off the southern coast of the peninsula attests that traditional religions are still thriving in Macau. Other temples worth visiting are the small Na Tcha Temple, which sits right next to the ruins of St Paul’s, and the Hong Kung Temple, dedicated to the Han Dynasty general Li Lie.

Those who dismiss Macau as an imitation Las Vegas or spend their visit entirely within the environs of the casino districts are missing a true pearl of the Orient. Macau represents a colonialism where the European influence blended with and never overwhelmed the local culture.

The result is a harmony of Portuguese and Chinese architecture, cuisine and tradition alike.