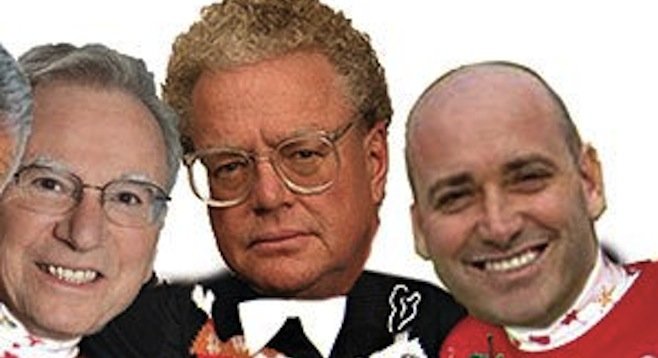 According to a candidate-intention statement filed February 26 with the San Diego County registrar of voters, Amy Redding will take on Beiser for his District B seat on the school board.

Redding is a former PTA president at Fletcher Elementary, according to a profile on LinkedIn, and founder of the school district's parent advisory leaders group. Before that she worked in the local biotech industry, the profile says.

In a September 2012 letter to the editor, Redding took issue with criticism by U-T San Diego editorialists and the San Diego County Taxpayers Association of school-district funding for iPads and other educational technologies.

I have seen with my own eyes how the district’s technology program is truly transformative and is feeding my children’s thirst for knowledge. Every classroom is now hard-wired for high speed Internet.

Every teacher has interactive i21 “white boards” with the Internet at the ready. And in every class, teachers can monitor students in “real time” as they work on problems on their personal laptops or iPads. The entire learning process has gone from static to dynamic. No wonder test scores have increased every year since this program began.

According to a March 2013 account in Education Week, Redding has also been a backer of school superintendent Cindy Marten.

Ms. Redding, now the chairwoman of the district advisory committee for Title I, expressed unequivocal approval of Ms. Marten's selection, saying, "I have seen her complete devotion to doing what is in the best interests of the children."

However, in a phone interview, Ms. Redding echoed the surprise felt by many in San Diego at the school board's method of making the decision: The new appointment came within 24 hours of current Superintendent Bill Kowba's retirement announcement. Ms. Marten will begin her new position July 1.

"Since the board had talked about parent involvement, then chose the superintendent behind closed doors, we thought it would make it very difficult for her," Ms. Redding said.

Reached by phone today, Redding said though she was still supportive of the superintendent, she will be closely watching how Marten handles the district's budget and teachers union negotiations in the coming months.

Beiser enters the campaign season with a money advantage, having raised a total of $73,141 during the 12 months ending December 31.

A portion of the cash came from those with interests in school construction, including $750 from contractor Yehudi Gaffen of Gafcon. In 2012, as previously reported here, Gafcon lent $15,000 to a campaign committee promoting school-bond issue Proposition Z and contributed $5000 in cash.