Filet mignon taco among the best tacos ever made — period. 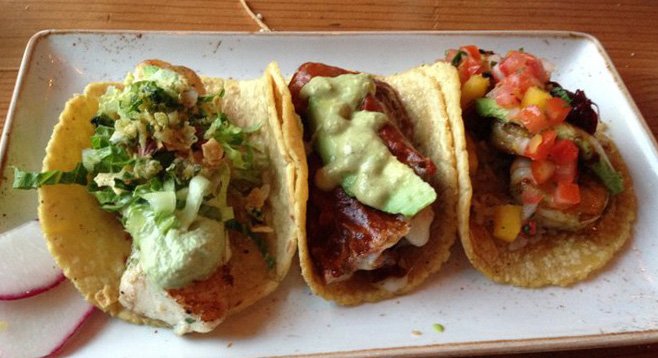 If you go to Puesto, you’re going to do a lot of cursing.

Not in a bad way, but along the lines of “This taco is f-ing awesome!” or “This is an f-ing great margarita!” or “Damn! I love this f-ing mural!”

Puesto has that effect on people, both the downtown restaurant at the Headquarters or the original one in La Jolla, which recently expanded its original upscale taco shop to an extra room with a full bar. 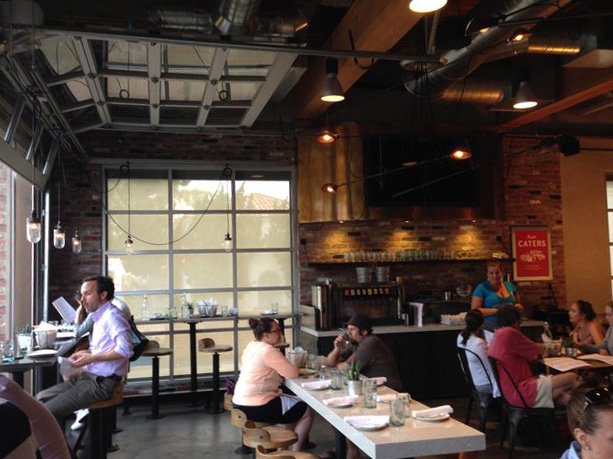 Puesto specializes in amped-up versions of street tacos and what has to be some of the country’s best mezcal and tequila cocktails. Seriously.

The ceviche, made with mahi mahi, lime, avocado, onion, tomato, and chile serrano was a good starter. It was tart the way it should be, but the fish was firm. The crisp, housemade tortilla chips were a good vehicle for carrying the fish to my gullet.

The Puesto Perfect Margarita is done in the classic style: tequila, lime, and agave over the rocks and served in a salt-rimmed glass. This was the drink that started me on my complimentary f-word rant. 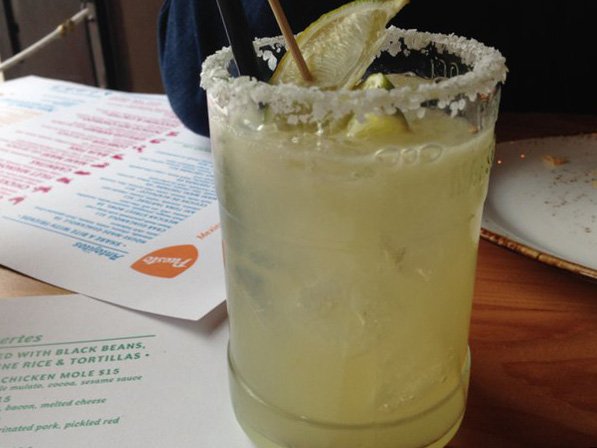 The Burro Blanco, a Moscow Mule made with tequila instead of vodka, along with ginger beer, is one of those drinks you might underrate at first because it’s more subtle in taste than, say, the Puesto Perfect. But don’t be surprised how quickly you slurp it down and start making “kick ass” puns.

Puesto lives and dies on its tacos — which, as said before, are f-ing great! Going here for a burrito? Nope. No enchiladas either. That might seem like an f-ing disappointment for some, but sometimes it’s good to have priorities.

The way to go here is to get the three taco mix and match plate for $11. There is an upcharge on some tacos, like lobster, filet mignon, mahi mahi, and shrimp. 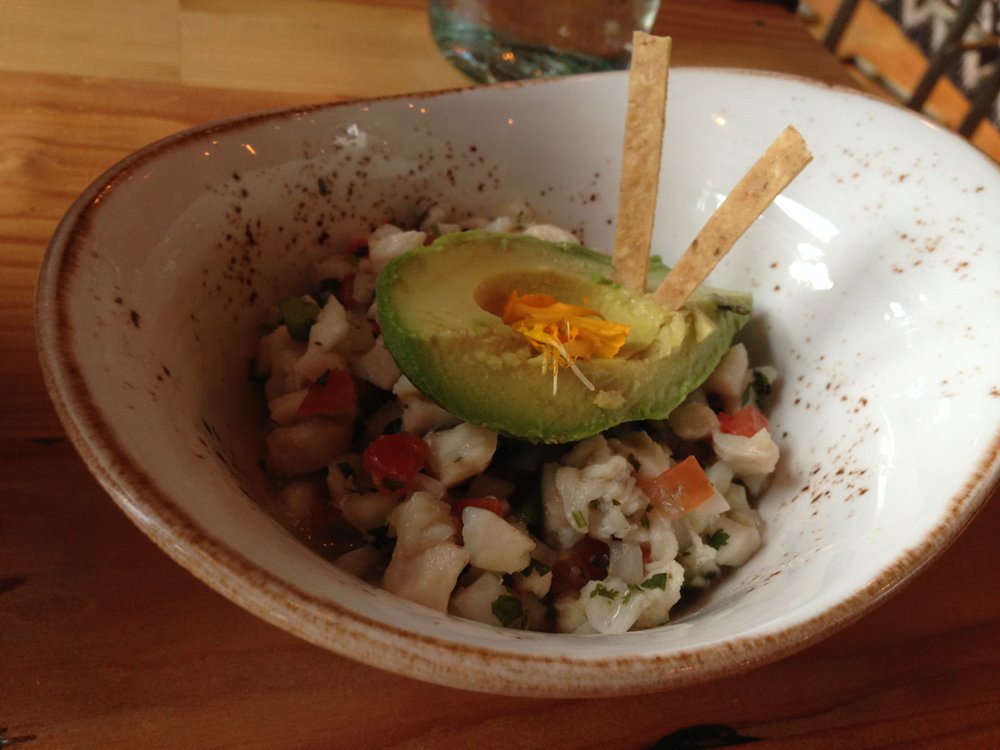 The grilled shrimp and filet mignon tacos are two of the best tacos I’ve ever eaten — and they’re there on one plate! How f-ing great is that?

The filet is tender and topped with a crisp parmesan-like cheese, avocado and a spicy pistachio jalapeño sauce. I love Puesto’s spicy salsa, but this taco has so much flavor that I eat it without the extra spice.

The grilled shrimp comes with tinga, a hibiscus chipotle sauce that adds a pickled sweetness to everything it touches. It is excellent.

The mahi mahi taco was good, but it was like George Harrison trying to stand out next to Paul McCartney and John Lennon.

The chicken al pastor taco, with tinga, pineapple, avocado and tomatillo roja, got raves from my friend, but he generally doesn’t curse as much when eating as I do.

If I had to rate Puesto, I’d probably give it my highest rating: 10 F-bombs.