Lost and found in Detroit

Plus dance jams, rebel rock, a record swap, and one hard-headed woman 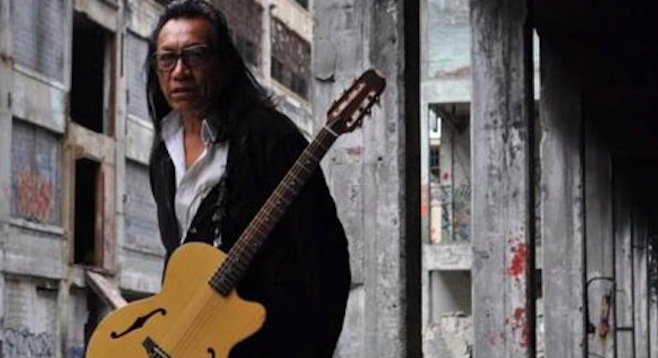 Thursday 5
After years of anonymity, toiling in Detroit as a day laborer, singer/songwriter Sixto Rodriguez, who had released two LPs in the early ’70s (Cold Fact, Coming from Reality) and then was rumored to have committed suicide, is rediscovered and leaves public transport and construction sites for world stages. The man’s life sounds like a movie, yes? It is: the 2012 Academy Award–winning documentary Searching for Sugar Man. During his early career, Rodriguez toured Australia, leaving behind the seeds that would spread to South Africa, where, unknown to him, his fame and folk fable made him more popular than Elvis there. Often compared to American composers such as Bob Dylan and Cat Stevens for his simple-seeming arrangements and nasal twang, there is also a strain of British psychedelic word-play and preening acoustic reverb à la Donovan, Syd Barrett, and Nick Drake. As a fan of the brand, I’m grateful for his resurfacing and cannot wait to catch up with him at the North Park Theatre Thursday night. From Las Vegas, the desert-rock quartet Rusty Maples will set the stage.... Best of the rest: Winstons serves up Jelly Bread. The swampy, soulful funk-rock four-piece is touring in support of their new EP, Lessons Learned. Take a bite of Jelly Bread on this week’s podcast...barroom-rocking dance bands Gone Baby Gone, the Nformals, and the End (Tijuana) bring the party to North Park hot spot Bar Pink...while over in City Heights, Til-Two has hard-rock-edged country skrunks the Bastard Sons of Johnny Cash and the Palominos. 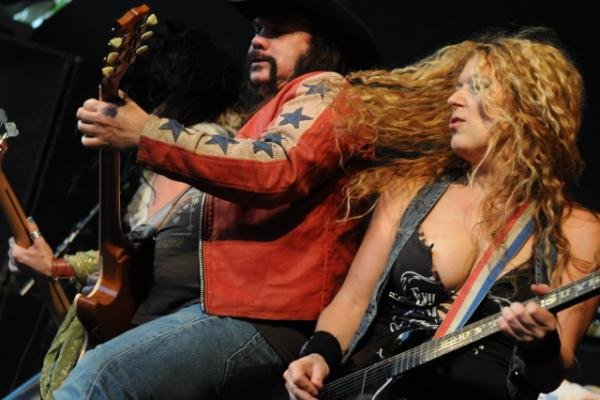 Atlanta band Nashville Pussy will Up the Dose at Soda Bar on Friday.

Friday 6
Speaking of hard-rock-edged country skrunks, them rebels with a pair of six-string claws, Nashville Pussy, take the stage at Soda Bar after Catl and the Yawpers. Atlanta band Nashville Pussy is out to tout this year’s well-received Up the Dosage, a record that guitarist/singer Blaine Cartwright calls their Back in Black. Not that it punches or crunches like AC/DC (well, “Pussy’s Not a Dirty Word” kinda does), but that, for them, it’s as consistent a collection of cock-rock (or girly-part rock, considering their lead guitarist is Cartwright’s wife, the gooey she-shredder Ruyter Suys) as they’ve ever made. If you need a comp, let’s trot out the Nuge. Records aren’t really Nashville Pussy’s deal, though; they were built for the stage. If you’ve never had Nashville Pussy, hard-rock fan, time to bust it. This’d be the gig to see this weekend.... Utterwise, Donkeys clop into the Irenic behind their brand new record, Ride the Black Wave. Dave Good pubbed an interview with the San Diego faves in last week’s issue, so click back to that to get donkified. Extra Classic, Octa#grape, and John Meeks open this super-solid locals-only show...while new-wave revivalists Neon Trees light up Humphrey’s bayside stage with their ’80s-colored Pop Psychology, a record Entertainment Weekly graded a B+, saying it’s “a 40-minute master class in the kind of pop that moves both the body and the brain.” No, I don’t have a subscription to Entertainment Weekly; it was in my dentist’s office and I ripped out the page and shoved in my pocket. I’m punk as fuck. 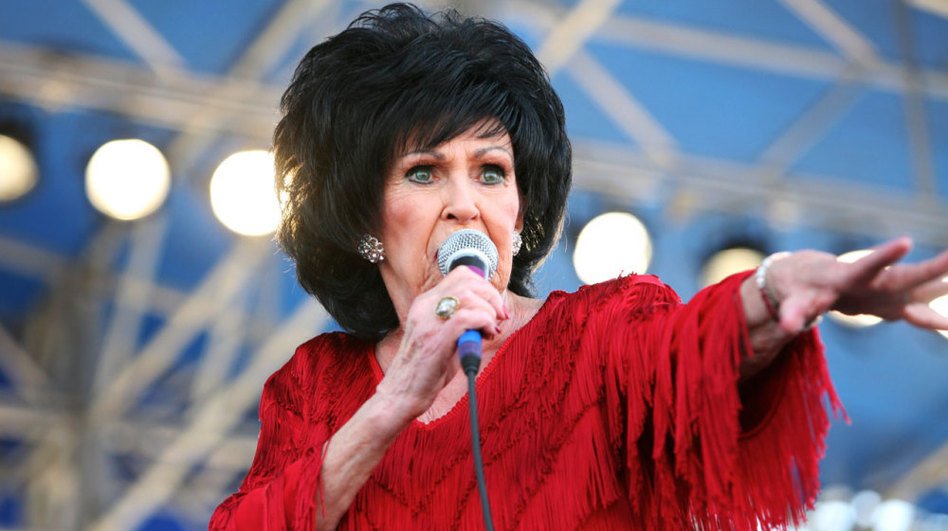 Saturday 7
It’s a Vinyl Junkies Saturday at Casbah. Daydream Nation’s set up another sweet day of crate-flipping and cocktail-sipping, while local artists burn through stacks of their favorite wax. This month’s swap has at the decks McHank, O, Diana Death, Anja and Mike Stax, Woods from 94/9, and Justin "Cap'n Blackie" Blackmore...and then that night at the Middletown mainstay, the Queen of Rockabilly, Wanda Jackson, graces the stage after local acousticats Shawn Rolf & the 7th Day Buskers. The 76-year-old Ms. Jackson started touring and recording in the mid ’50s and hasn’t quit the circuit yet. In fact, in 2012, she dropped a country-charting doozy called Unfinished Business, her 31st! It’s got original arrangements produced by Americana contemporary Justin Townes Earle as well as covers of songs by singer/songwriters such as Townes Van Zandt, Etta James, Woody Guthrie, and Bobby Womack.... Else on Saturday: ex–San Diego piano-pop band Little Hurricane blows into House of Blues...indie rockers Buddy Banter, Wild Pack of Canaries (Long Beach), and Muscle Beech fill a bill on Bankers Hill at Tin Can Alehouse...Bar Pink books dance-pop acts Okapi Sun and Beautiful Machines...and SanFran psych-pop band Painted Palms sway on the Soda Bar stage after Mike Sempert (Birds & Batteries) and locals Soft Lions.