Lobbyists bungle in the jungle

Hunter aide gets down with party animals in posh tropical junket 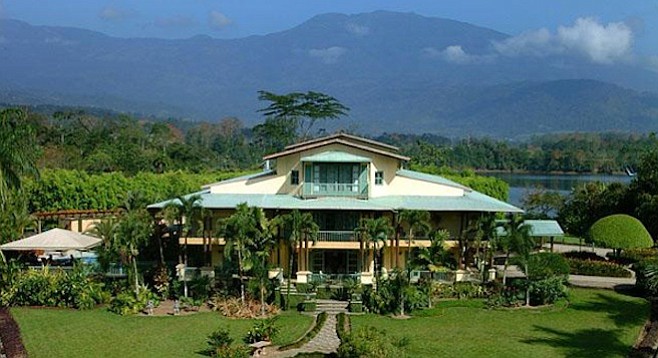 Back in 2011, she jetted off to Africa on an $8000 trip sponsored by the International Republican Institute to monitor elections in Nigeria.

Security for Middleton's “$376 per night or less" accommodations at the Transcorp Hilton Abuja was provided by a subsidiary of what was then known as Blackwater USA.

Now the House aide is recently back from a five-day outing in the wilds of Costa Rica sponsored by the International Conservation Caucus Foundation, a controversial nonprofit that "partners" with big corporations including Qualcomm, Inc., Pacific Gas & Electric, and the American Petroleum Institute.

Middleton's trip disclosure statement says she took off on the free April excursion, valued at $1855, because, "as [chief of staff] I advise the Congressman on a variety of issues, including conservation and natural resource management & issues of sustainable development and regional security. All topics of this trip."

Among the other 11 congressional aides on the journey, according to Middleton’s May 8 report, were Sarah Decker, a staffer for GOP senator Marco Rubio of Florida and Allison Fialkov, executive assistant to Democratic California congresswoman Karen Bass.

Following a Tuesday, April 22, flight to the Costa Rican capital of San José, participants overnighted at the Cariary Hotel before embarking the next day by plane for Tortuguero National Park, famous for its posh jungle lodges.

"Despite its remote location," says the trip's itinerary, "it is the third-most visited park in Costa Rica, reached only by airplane or boat. The park has a large variety of biological diversity and includes eleven different habitats, including rainforest, mangrove forests, swamps, beaches, and lagoons.

"The rivers are home to sensitive populations of manatees, as well as caimans, crocodiles, and Tropical Gar, which is considered a living fossil. The forests are home to jaguars, three-toed sloths, and three species of monkey: Geoffrey's Spider Monkey, the Mantled Howler, and the White-headed Capuchin."

After touring the wildlife, it was off to dinner and drinks at Casa Turire and a briefing by Carlos Manuel Rodriguez, "former Minister of Environment for Costa Rica and current Senior Vice President, Conservation Policy at Conservation International," who talked about "his pioneering efforts in implementing Payment for Ecosystem Services Policies." 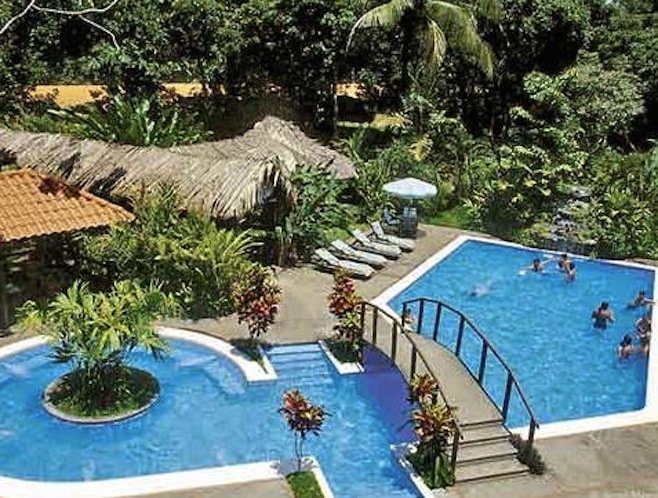 Other highlights of the trip included a "dinner briefing with Stephanny Arroyo-Arce, a Costa Rican biologist at Panthera conducting jaguar research in Tortuguero focusing on Human-wildlife conflict," and a guided tour of "evening turtle nesting activity," before turning in at the Mawamba Lodge.

Later, at the Selva Verde Lodge, there was "dinner and presentation on amphibian decline and frog research," and a "night hike to find nocturnal animals."

The foundation and its lavishly hosted junkets have been criticized by those skeptical of its close relationships with big corporations. Last year a story in Mother Jones asserted that the group "provides polluters and their lobbyists entrée [sic] to a vast number of legislators."

"One outing, a $30,700, 10-day tour of Botswana and South Africa that Rep. John Carter (R-Texas) and his wife took in August 2011, was the second most expensive on record for any member of Congress.

"'This is not educational,' says Craig Holman, a lobbyist with the watchdog group Public Citizen. 'This is influence peddling available primarily only to special interests that have a lot of money to throw around.'"