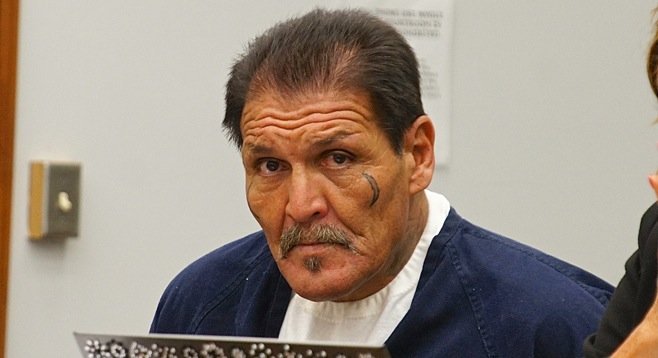 A man accused of feeding a smoldering fire until it re-ignited into flame during the raging fires in San Diego County three weeks ago was actually putting dirt onto the spot to put out the fire, his defense attorney suggested this morning, June 2.

Alberto Beltrán Serrato, 57, was in court today hearing testimony against him by one eyewitness, an Oceanside police officer. 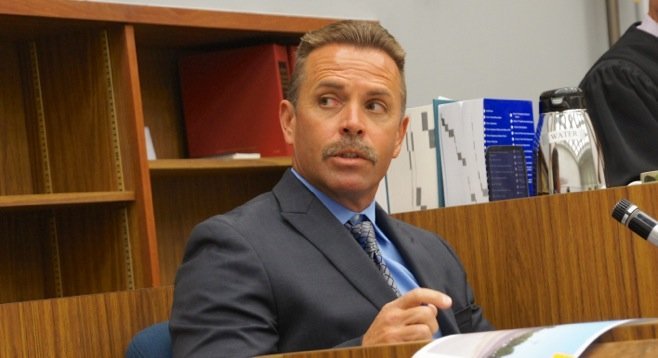 Officer Frank McCutcheon said that on May 14 he had just arrived to help with traffic control in the 5200 block of North River Road when he saw Beltrán take dead brush and put it onto a spot that was smoking.

“Within seconds, almost immediate, I seen flames spread up, engulf a tree,” the officer said.

The cop saw Beltrán gather up as much brush as he could carry in his two hands “at least twice” to feed a spot that was smoking, and within seconds it burst into flame, according to his testimony.

McCutcheon said he and another officer quickly drove to the spot where he saw the new flames while the suspect began to cross the street. “We told him to stop,” the officer testified. “He started to shout and cuss at us.” When McCutcheon got out of his car carrying handcuffs, Beltrán allegedly said, “Arrest me, then!”

Prosecutor Cal Logan added new allegations to the single charge of felony arson, claiming the crime occurred during a state of emergency and while Beltrán was on probation for a felony conviction in another county. The new charges, plus Beltrán's prior convictions, could mean he will not be eligible for probation and his prison time could be bumped up to 13 years.

The defense called Angelique Donnay as a witness; she said she could see Beltrán as she hosed down the fence outside her apartment that day and that she did not see Beltrán start a fire.

Judge William Gentry, Jr. ordered Beltrán to face all charges. Beltrán pleads not guilty and declined to waive his right to a speedy trial. His trial date was set for July 22 in San Diego’s North County Superior Courthouse.

Defense witness Angelique Donnay said she knew Alberto Beltran Serrato because he visited a neighbor at the apartments where she lived. On that day during the fires, she said she was outside her home using a hose to put water on a fence, and she had a clear view of the suspect while he stood near the smoldering area. She said in sworn testimony that she did not see the man set any fire. 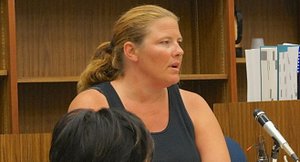 I'm pretty sure they take the cop's testimony about everything an officer did see, over the neighbor who didn't see anything. Who's hers and his mutual pal at the apartment? Gotta wonder whatupwiththat? Some kind of payoff.

Jury selection began today, July 31, 2014, for the trial of Alberto Beltrán Serrato. The defendant pleads not-guilty. Prosecutor is now Tracy Prior, and presiding judge is William Dato, in San Diego's North County Superior Courthouse. This case will not be heard tomorrow, Friday, and is expected to resume Monday morning August 4. 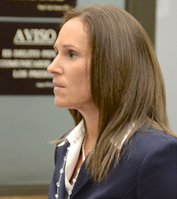 Prosecutor Tracy Prior by Eva Knott

San Diego Superior Court judge William S. Dato dismissed all charges against Alberto Serrato, today, August 14, 2014. The jury had declared themselves hopelessly deadlocked, the vote was 7 for guilty and 5 for not-guilty, late on August 7, 2014. Look for story update soon.