King is gone and forgotten

Sonic Drive-In moving in to North Park: #6 of 15 planned for county 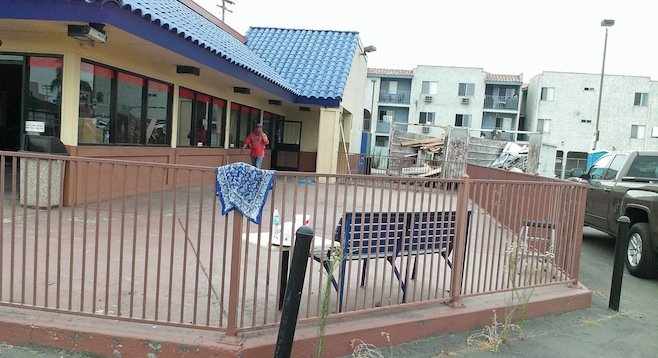 The building on El Cajon Boulevard is undergoing extensive renovation. According to company spokesperson Leah Spector, the restaurant “will seat 50 to 60 guests” and have “13 classic drive-in stalls.” It will open in October. As for having carhops on skates, Spector said, “It is safe to assume it will.”

The new North Park Sonic will be owned and operated by SPG Management, LLC. The company is the exclusive licensed franchisee for Sonic in San Diego County, as well as portions of Riverside, Orange, and San Bernardino counties.

Sonic is reputedly the nation's largest drive-in restaurant chain, with 3500 locations. The company is forging ahead with a major expansion, planning to open 1000 more outlets over the next ten years. In San Diego County, 15 new drive-ins are planned. The company is aiming for 300 drive-ins in California by 2020.

I went by today, and the ugly blue-tile roof is coming down quickly. 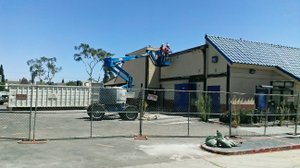 Back side of old BK building by dwbat

Dave - I didn't mean to flag. Maybe I have a problem. Anyway I'd rather have the A&W back.

So that was an A&W before it was Burger King? I didn't know that.

Not exactly there. Nearer to Wilson Middle school but on El Cajon Blvd. long time ago. Had the driv-in and roller-skater-servers; you roll your window up about a third of the way to hang a tray, or dad did. Root beer in chilled mugs, so good.

I also remember the root beer stand I went to, back in Tulsa. Yes, those thick, frosted glass mugs made all the difference!

It's moving along. Here's another progress pic. 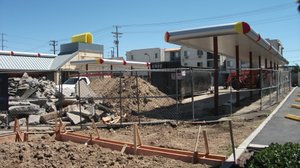 They DO have carhops on skates, thus the warning sign to drivers. 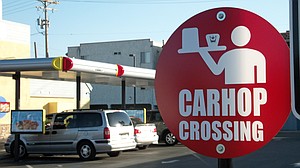