...and rocking the clubs this weekend 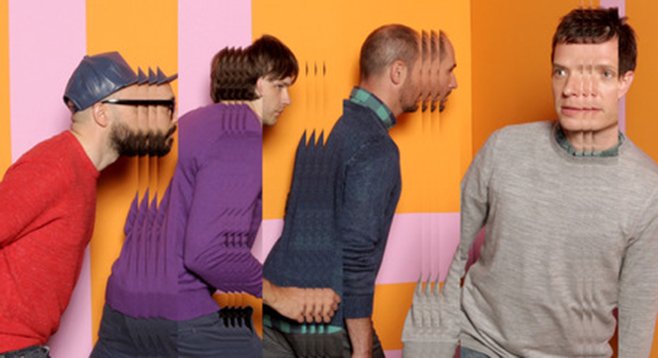 Thursday 24
“Lines like, ‘You’re a bad-hearted boy trap, baby doll, but you’re so damn hot,’ are enough to make you despise the English language.” Ah, the band that Pitchfork loves to hate, Chicago-born and bred OK Go, now stationed in the safe sameness (same as them) of L.A., are touring in advance of this year’s Hungry Ghosts record, due to drop October 14. The alternative act (part power-pop/part hair-metal/all show) will take the stage at Belly Up Thursday night after L.A.’s A-List DJ (who else for an OK Go affair?) Miles Hendrik. I’ve never been to an OK Go show or purchased their music, but their videos are wack. Check out the Grammy-winning vid “Here It Goes Again” and this year’s “The Writing’s on the Wall,” which is the lead single from Ghosts. The song’s goofy nu-wave, but the effort and seemingly seamless single video take are pretty impressive. Makes one want to maybe possibly check out one of their concerts.... Not so much? The queen of odd piano pop, Tori Amos, plays Humphreys by the Bay on her Unrepentant Geraldines tour. Catch up with Amos in Reader contributor Andrew Hamlin's recent interview...synth-y ska-pop act Aquabats swarm House of Blues on their annual sojourn to Comic-Con. This one’s the ’Bats 20th anniversary tour. Comedic dance-pop duo Koo Koo Kangaroo opens the show...Tokyo-based “experi-metal” trio Boris, touring in support of their 19th(!) release, Noise, split a bill with Mustard Gas & Roses at Casbah...while our own tribal dance-party pair Okapi Sun joins like-minded Dallas act Ishi at Bar Pink. 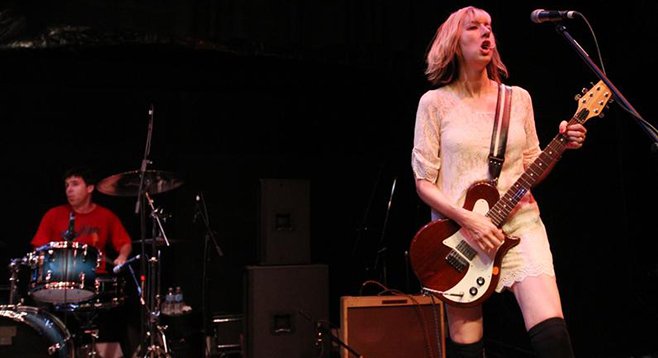 Pop-punk trio the Muffs will preview Whoop Dee Do for a Casbah crowd on Saturday.

Friday 25
Eighties alt-rock-radio staples the Cult will perform at this Friday’s post-race freebie at Del Mar. I recently revisited 2012’s Choice of Weapon record (a song popped up while I was yogging), which Allmusic called “urgent, militant, pissed off.” It was a vampy track called “The Wolf,” and it did quicken my pace. Got a clip of it on this week’s podcast if yer interested. Rest assured, though, Cult fan, you’re going to get your “Sanctuary” and “Love Removal.” Oh, you will, and loud as you like by the seaside.... If you’re up for stuff after that: couple exits south on the 5, L.A. punks-gone-country Jason Cruz & the Howl anchor a big bill at Porter’s Pub at UCSD that also features the Darlings, the Pullmen, Plane Without a Pilot, Nothinghead, and about 25 crafts on tap...while downtown, comedy-pop duo Garfunkel & Oates (“This Party Just Took a Turn for the Douche”) visit House of Blues...robo-rock group Satanic Puppeteer Orchestra’s just up the Fifth Avenue hill in Bankers Hill at Tin Can Ale House...and Gloomsday and Shiva Trash split a stellar garage rock-roll bill at Whistle Stop. 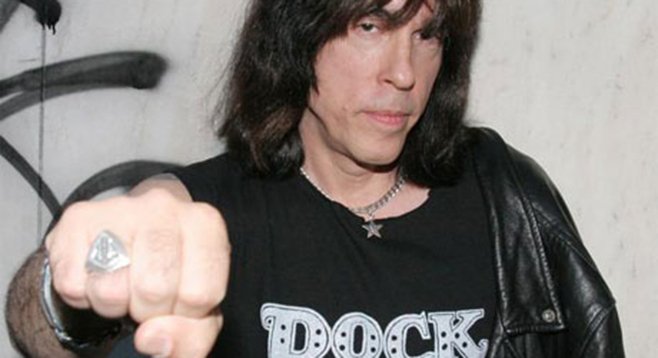 Saturday 26
L.A. pop-punk trio the Muffs will headline sets by the Loons, Aquadolls, and Touchies at Casbah Saturday night for what’s sure to be the gig to see this weekend. The Muffs are touring in advance of next Tuesday’s Burger Records release Whoop Dee Doo, their first in ten years. Read all about it in Dryw Keltz’s featured interview with front Muff Kim Shattuck in this week’s issue. She talks about her time filling in for Kim Deal with the Pixies, too. (This year’s Kim Deal is A Perfect Circle/Zwan’s Paz Lenchantin, who will be onstage when Pixies play Humphreys by the Bay end of September. You going?).... Best of the rest Saturday night finds Brick by Brick back in business, as the Bay Park bar stages San Diego space-rock band Burning of Rome after SanguinDrake, Mursic, and Spero...Marky Ramone will be spinning at Til-Two. Marky’ll be at the decks between live sets by Gizelle (whom he promises to join for a few numbers) and the Black Mambas...while spicy jazz-rock act Montalban Quintet takes the stage at Bar Pink.