...and the rest of the highlights from Sunday night through humpnight 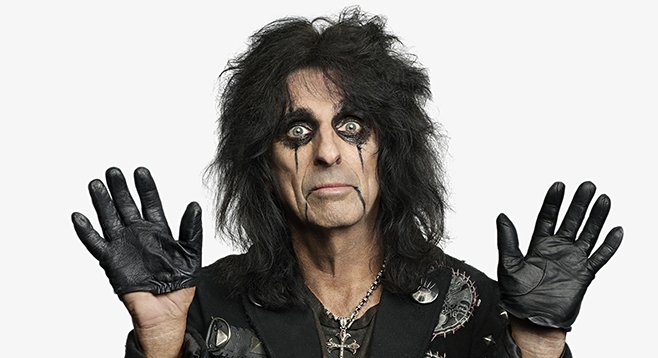 Sunday 27
Classic-rock-radio staples Boston play Pechanga (Temecula) on their Heaven on Earth tour. If you’re hoping to catch the Beantownies, this’d be the place, as their Wednesday-night show at Humphreys is sold the fug out. FYI and BTW, Cheap Trick is the opening act on this tour, but I can find no, none, zero, nil, nada evidence that they are opening either the Pechanga or Humphreys dates. In fact, it looks as if they’re playing every date except the two San Diego dates. WTF?.... Anyway, you’ve always got comic-rock by Radioactive Chicken Heads and Jedi Elvis at the Tenth Avenue Theatre (between Broadway and E Street)...up-and-coming indie kids Tontons (Houston, TX) at Soda Bar with Tiger & the Teller...and L.A.’s dinner-theater big-band Vaud & the Villains at Belly Up.... Vegas and Phoenix get Cheap Trick and we get Radioactive Chicken Heads. Typical. 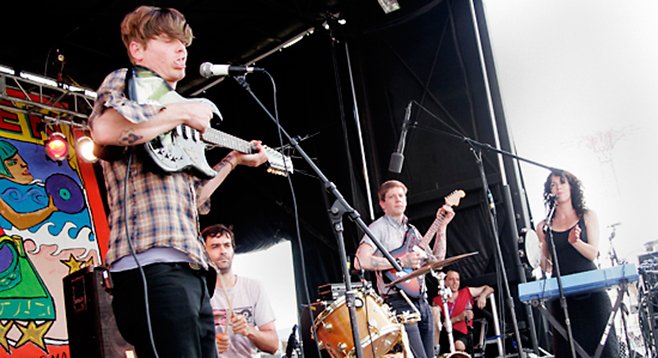 Monday 28
SanFran psych-rock band Thee Oh Sees will be at Belly Up behind this year’s well-received release, Drop, a paean to the city of San Francisco, which frontman John Dwyer has decided to leave for a change of scenery in Los Angeles. From Consequence of Sound, which graded Drop an A-: “The album’s most full-bodied track, ‘The King’s Noise,’ is a slow dance with San Francisco, reflective of a larger truth we must all face at some point: the heart-panging, gut-wrenching farewell.” I get that, but I liked the ripping album-opener “Penetrating Eye” best, of which I ripped a clip for this week’s podcast. Tomorrow’s Tulips up first.... A couple dozen of San Diego's best and brightest musicians will clock in at the Office in North Park for the Rolling Stones Under Cover, a night that celebrates Mick's 71st birfday with classic Stones fare.... Else: Brooklyn dream-pop trio Au Revoir Simone plays Casbah behind their latest, Move in Spectrums...while the sassy and brassy Tori Roze & the Hot Mess roll out a Soultry Monday at North Park hot spot Bar Pink. 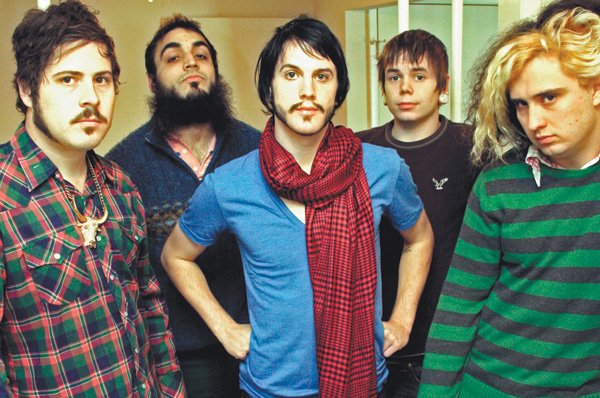 Seventies-style stadium rockers Foxy Shazam bring their thing to Belly Up on Tuesday!

Tuesday 29
From Cincinnati, Ohia, Foxy Shazam sounds equal parts Queen and Meatloaf, with their ’70s-style roof-raising stadium rock. 2012’s glammy Church of Rock and Roll is an easy inroad to the band, which sounds about 40 years too late, but right on time for fans of the brand. Foxy takes the stage at Belly Up behind this year’s Gonzo, which they will play in its entirety, after South Carolina’s fest-rock sextet Stop Light Observations and our own dance-rock band Nervous Wreckords.... Otherwise: Asian Man fun-punk band Spraynard’s at the reprieved Ché Café after Sledding with Tigers and the Colossal Wrecks...while Swim Team, Joyce, and Fighting with Irons fill an indie-rock bill at the Tin Can Ale House.

Wednesday 30
As I mentioned earlier, Wednesday night’s Boston show at Humphreys is sold oot...but, BUT, that umlauted heavy-metal hair band Mötley Crüe — on their “farewell tour” (uh-huh) — and the godfather of shock rock, Alice Cooper, roll into the Sleep Train Amphitheatre for your RDA of classic schlock. According to tour reports, the 66-year-old Cooper “makes the Crüe look old” Ha!... Keeping humpnight heavy, U-31 in North Park hosts a Dark Side dealio with electro goth-rockers Prayers, Prgrm, and Mystery Cave.