"We are not Murrieta” 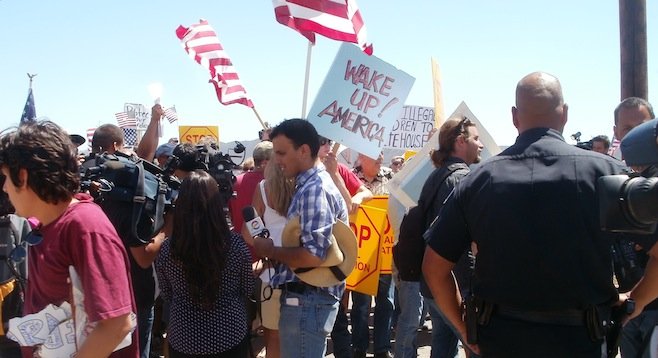 Border Angels, a San Diego–based group that has helped the tens of thousands of Central American children and families who entered the U.S. illegally, report they've already received more than 45 tons of donated toys, books, food, and clothing for the migrants. 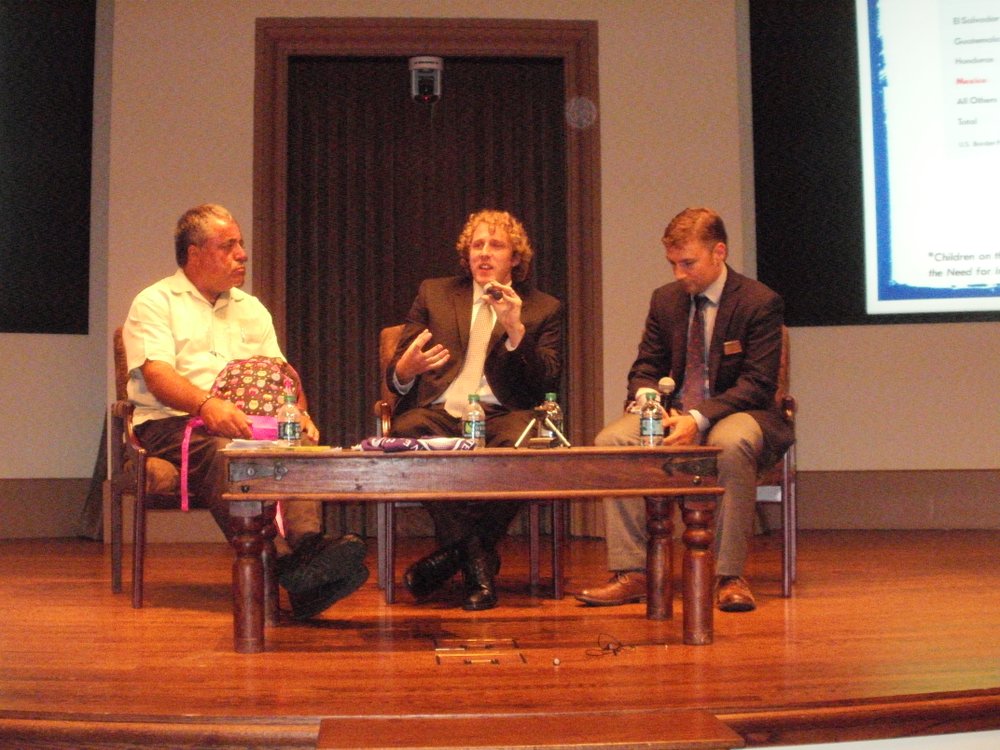 "We are not Murrieta," Enrique Morones of the Border Angels said at a forum at USD’s Trans Border Institute Tuesday night, July 15. "In fact, people drove to San Diego from Murrieta to make donations…. We are bombarded, we are overwhelmed by the generosity of people.”

The forum was held to explain what is driving Central Americans to make the dangerous crossing into Texas, and to offer people ways to help.

Since the beginning of the year, about 60,000 unaccompanied Central American children have entered the U.S. — 45,000 through the Rio Grande Valley in Texas. That number doesn't include Mexican children, Trans Border Institute director Ev Meade noted.

Although the flood is coming through Texas, its effects have been felt all along the border, with the Border Patrol scrambling to assist the overwhelmed sectors. About 420 detainees — almost all women and children — were flown to San Diego the first week of July for processing, and local Border Patrol agents have been processing apprehended Central Americans remotely, using computers and phones. The humanitarian crisis has people saying and doing things that surprise everyone.

Though he cautions that he will continue to criticize the agency when misconduct occurs, Morones, an immigrant activist, has been calling Border Patrol agents "great humanitarians."

Even as union members have criticized the agency's methods for dealing with the influx of people, they say are taking advantage of policy failures. The same union members expressed outrage at the actions of protesters in Murrieta who blocked the buses.

"These are children," one union official, disgusted with behavior at the Murrieta protest. "The demonstrators have no sense of decorum — they are frightening children."

In the local stations, Border Patrol agents have been donating their own families' books, toys, and clothing.

"Our sense of humanity, because we're also parents who see these kids and think of our own children, that's why we've been bringing in things to comfort them," said National Border Patrol Council spokesman Gabe Pacheco.

The Border Patrol has been directing donations to the Federal Emergency Management Agency, according to spokesman Paul Carr. "We are keeping them for such a short time, it makes more sense to have the donations go to FEMA," he said.

What can people do to help?

Matt Cannon, an attorney with immigrant legal-advocacy group Casa Cornelia Law Center, is looking for Spanish speakers, particularly teachers and people with experience working with children, to help his organization.

"We need more people to screen the children, help us understand how we can help them, which programs they fit in. We need attorneys to actually take the cases to court — us, Catholic Charities, and Legal Aid will soon be flooded with children if they aren't already," Cannon said. He said that families who want to sponsor a child — essentially as foster parents — can look at the federal Office of Refugee Resettlement website even as he expressed some concern about how well foster homes were being screened.

"More often than not, these children have no real choice but to fight to stay," he said. "The horrific stories I hear from my kids — the boys are being pushed into gangs — these are not contrived stories. Each kid has his or her own story."

One 14-year-old told Cannon how the Mara Salvatrucha gang had been coming to the butcher shop where he worked after school to pressure a boy, even as he refused over and over.

"Then they killed his cousin. They come into the butcher shop the next day and say your cousin was saying no, too," Cannon recounted. "He left his home the next day for the U.S.

Girls tell of “forced relationships” and rape — with estimates that 60 percent (UN statistics) to 80 percent (Mexican government estimates) of the girls have been sexually assaulted. What has happened to the children leaves Cannon with the sense that they need more than the safety of a foster home in the United States.

"Most of the children we see here in San Diego leave," Cannon said. "They go all over the country — I have a window of five to ten days before they go."

Why do we have to be the place to run to? Why didn't he run to Peru? I will happily donate bus Tickets to Mexico.

Here's why, said poet Emma Lazarus. It's on a Statue of Liberty plaque. "Give me your tired, your poor, Your huddled masses yearning to breathe free, The wretched refuse of your teeming shore. Send these, the homeless, tempest-tossed, to me: I lift my lamp beside the golden door."

Love that Dave! Whiny racists should be mad at Wall Street billionaires who make their money here and take it out of the country. The guys who move manufacturing jobs to countries where they exploit people to work for pennies a day, Global business wheeling and dealing. When the greatest generation made us the greatest country it was about doing the right thing, our grandparents stood up, met the monster and kicked his ass. Don't be a hater if the refugees from bad governing aren't European.

Switching the word "nationalism" with "racism" is offensive. Shame on you and your slander.

I call it as I observe it. Shame on phony nationalists.

Kim Lewis every word you wrote is truth. we need the government to stop giving away the hard earned money they receive from us. The empty suit in the white house needs to work for us not only work to benefit illegals; he is not even helping his own people, he rather give the jobs and free stuff to illegals.