Selling businesses is his business

Bruised feelings and divorce are both in Gary Grine’s line of work. 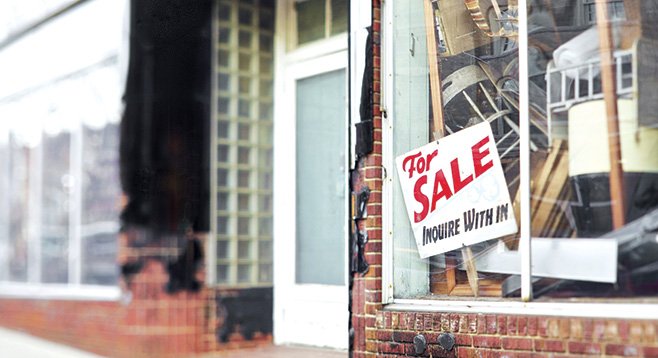 Not long ago, business broker Gary Grine was summoned to a mailbox franchise outlet. The owner had purchased the business as an investment and now wanted to sell. From the glowing terms the man was using to describe its future, Grine says he “could see what was coming next.” He told the man, “This is where you throw me out of your store.”

A profit-and-loss statement showed the business was netting $30,000, Grine continues, “and I told the owner what I thought I could probably get for it. He continued to talk about how great the staff was and how profitable the location could be, whereupon he finally absorbed my message. ‘Did you say $75,000?’ he asked.”

The man then insisted that he had to have at least $300,000. “I got this feeling,” says Grine, “and I hope it wasn’t true, that he probably paid that much when he bought the business. Funny or sad, I don’t know which.” 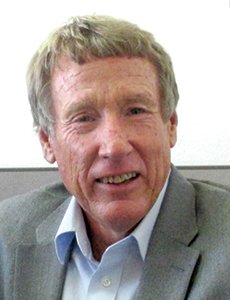 Grine, who has a quick and easy laugh and fading red hair, has been a San Diego business broker since 1983. He came to town from Incline Village at Lake Tahoe, where he had been running a resort restaurant and teaching tennis and skiing. After he damaged his rotator cuff serving tennis balls at age 30, he looked south for a longer-term career.

“Here in San Diego,” says Grine, “whenever the interviewer asked why I wanted to work for them, I did not have a sincere answer.” So he got a real-estate license with a plan to eventually go on his own. He found business brokerage more interesting than residential sales (the licensing requirements are the same.) “Besides, too many people are selling houses,” he says. “There are probably only 12 independent business brokers making a good living in San Diego, though a few franchises are now competitors.”

It was an agency, though, that gave Grine his start. It required no experience, and he has been grateful to the owner, still in business, ever since. Grine remembers walking in and seeing an agent in a rumpled suit at the front desk. “‘How are sales?’ I asked. When he said, ‘They suck,’ I thought, Let the games begin.”

As beginner’s bad luck would have it, a potential liquor-store buyer right away threw him a curveball. “I had asked the buyer to be very discreet. It was fine to look the business over, but he was not to alert the staff that the business was for sale. If he liked what he saw, he could make an appointment to meet with the owner after hours. He had signed our registration, which stated all this in writing. Later that day, I received an angry phone call from the owner. He said some guy came in and said I told him to look in the store’s cash register.”

Since then, Grine has seen many successes, which he defines as not only an immediate satisfaction between the two parties but the prosperity of the company after the sale. He says that recently he helped a partnership of three acquire a metal-fabrication company that had lucrative contracts with the Navy. Two of the partners had formerly been skilled workers at the business and wanted to take it over.

“There was no love lost between the ex-employees and the potential seller,” says Grine. The partnership had already set themselves up as a competitor in the same industry and “had their eyes set on dominating the whole market in Southern California with this acquisition.”

Tension on both sides threatened to sink the transaction from the outset. Complicating matters was a trade union representing company employees that the potential buyers planned to eliminate. Grine says the third partner, who had never worked for the owner, saved the day by being “a smart negotiator and nice guy who was able to deffuse the friction brought about by past rivalries. If the buyers had decided to play hardball, these companies would still be competing with each other and the seller would not have been able to retire. In business, never burn your bridges.”

When I ask what the selling price was in the transaction, Grine demurs. He says sale prices of closely held companies are not matters of public record, as are those of residential properties. And he feels the revelation would breach a trust with the parties he assisted.

In another scenario, says Grine, two styles of doing business seemed about to undermine negotiations. The potential buyer, from a “Mediterranean region,” was interested in a plastic-injection company in El Cajon. “He liked to haggle and ask very blunt questions. The seller took affront, as he felt his honesty was being questioned. He was a Midwesterner and was used to sealing deals with a handshake, while the buyer didn’t even understand the issue. I had to sit them down and talk about the two different ways cultures practice business. This easily happens in San Diego, where many small-business buyers are first-generation immigrants.”

In the end, the sale went through. Too often, however, avoidable mistakes ruin the chance for a sale. They also sabotage young companies. For instance, a fashionable Mexican restaurant in the Gaslamp Quarter quit prematurely, according to Grine.

“A Mexican national had already put up capital to open the business but did not want to invest any further. The owner had spent $700,000 for a license [it did not include a cocktail license] and to build out the facility. It was still losing a little money every month but was not doing badly for a second year in business. In general, successful businesses lose money the first year, break even the second, and make money the third. Against my advice, the owner priced the restaurant at $300,000 but will probably soon simply close the doors after he removes all his new equipment. In the Gaslamp, especially, you need a cocktail license.”

Grine believes a warning that he once gave may have saved a married couple from disaster. He had a successful Chinese café for sale in Hillcrest. The couple, both professional people with well-paying jobs, became interested in buying the business and converting it into a pizza parlor. “The wife had a recipe that had been handed down through her family,” says Grine, “and she felt it would be a very popular food item. Neither one had restaurant experience.”

The couple’s plan was to run the business at night after leaving their day jobs at 5 o’clock. When Grine asked who would run it during the day, they said the employees. “These were really nice people,” says Grine, “who thought it would be fun to own a restaurant. But you cannot trust employees to run your restaurant for even a short time it’s open. I told them that if they bought the business they would be divorced in a year. As the broker, I should have minded my own business. The landlord may not have approved them anyway. Even so, to this day I think I did them a favor.”

Owners who imagine their companies to be “gold mines” are the ones who have given Grine the most heartache. Still, Grine emphasizes that businesses are “capital at risk.”

Early in his career, Grine was trying to sell a tire store in San Marcos. Brokers, he says, are “numbers people” who sell cash flow. “I usually request two years of profit-and-loss statements plus a recent balance sheet. The tire store had been in business 25 years and had an average of $40,000 in adjusted net profit per year. After informing the owner of the modest amount the business was worth, he became morose. The sale of the business was to be his retirement and he was looking for a half million dollars, minimum. You want to be careful not to bruise feelings. But a prudent buyer wants his money back in three years. I told the owner he could look at comparable values for other tire stores and politely left, not feeling entirely good about the meeting.”

Over the years, Grine has become, if not more callous, at least less personally vulnerable to sympathies for clients. Once, after he gave bad news to the owners of a car wash in Escondido, Grine says, “The elder lady of the family let out with a loud moan. I quickly excused myself.”

One might suppose that owners who exaggerate the values of their businesses are calculating to flush out suckers. Grine doesn’t think so.

“Those owners, whose companies often have been their life’s work, believe what they are saying. They are not looking for naive people.” He believes small-business people cannot afford to undermine the trust of people in their communities. “It’s not like what goes on in The Wolf of Wall Street,” he says.

But take the owner of a small Del Mar business who wanted to sell after being in business six months. “I tell people in these situations they are selling too soon, as the business has no history of revenue,” says Grine. “But the owner explained that, even though the company had grossed only $25,000 so far, Del Mar had a higher per capita income than other areas in the county and the company would soon be grossing $400,000 a year. I politely told him I could not get near the price he was asking. He replied that I was probably not the right broker for him. I agreed.”