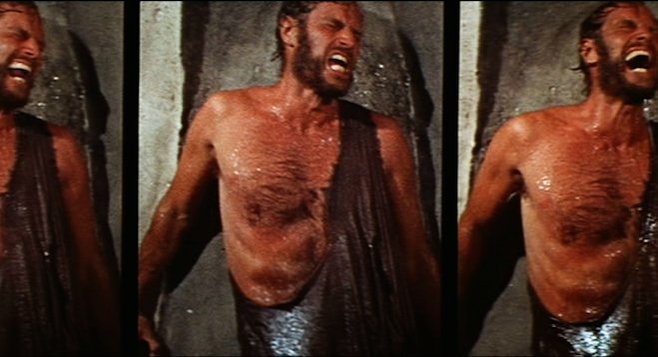 It wasn’t the first time I saw a movie twice in a theater. That distinction goes to The Parent Trap. With two Hayley Mills vying for my pre-pubescent attention, it’s easy to understand. But Planet of the Apes marked the first time I caught a film three times the week it opened.

At age 12, the slow pullback to reveal the Statue of Liberty buried chest-deep in the sand that caps the picture was the most profoundly disturbing image yet to cross my cinematic gaze. Puzzled by its brilliance, I was compelled to return the following day and catch the Sunday matinee. It wasn’t enough. I needed a weekday fix. Foolishly thinking my father would enjoy a futuristic fantasy featuring numerous Hollywood character actors buried beneath layers of simian greasepaint, I extended an invitation.

“You’ve already seen that goddamn monkey picture twice,” barked Larry from behind the pages of The Chicago American. “What the hell’s so special that you need another look? And so soon?”

“Why not take me and find out?” I shot back. 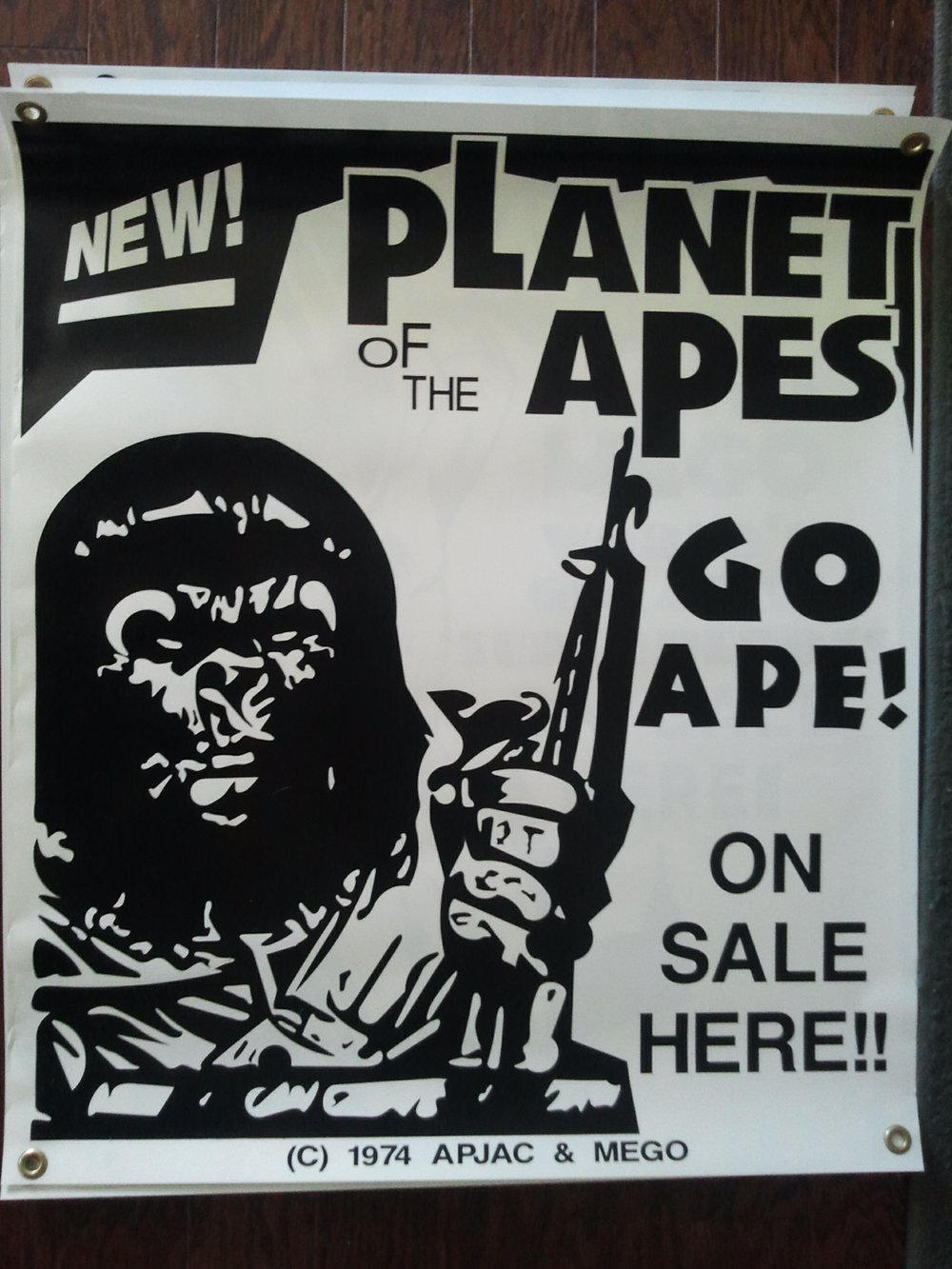 Too cheap to purchase a window unit air conditioner, Dad generally looked to movies solely as a means of escaping the summer heat. It was a sweltering Thursday night, the kind that makes walls sweat. “Babe,” dad yelled in the general vicinity of the kitchen. “I’m taking the kid to the movies.”

“No!” I cried jumping to my feet. “It’s too early!” Long before the multiplexing of America brought the rise of staggered showtimes, WWII had instilled in my parent’s and their generation a willingness to enter a movie at any point in its running time. During the war, films ran around the clock to accommodate soldiers on leave and those working the swing shift. People got in the habit of stumbling into a movie no matter what the start time. So we’d stay and watch the following show up to the point we had come in. Mary Poppins, Pinocchio, The Longest Day, Pepe, Four for Texas — I can’t tell you how many times my parents forced me to participate in this tasteless, artistically degrading act. It’s a wonder I’m not dyslexic.

What tricked me at age 6 or 7 no longer applied. At age 12, a sense of propriety had taken hold of my young cineholic brain. Riffling through the American movie section, I discovered the first evening performance at The Nortown Theatre commenced at 7:15. Dad returned to his paper, I my paperback Man From U.N.C.L.E. novelization, and we waited for an hour to pass in order to catch the next show from the beginning. 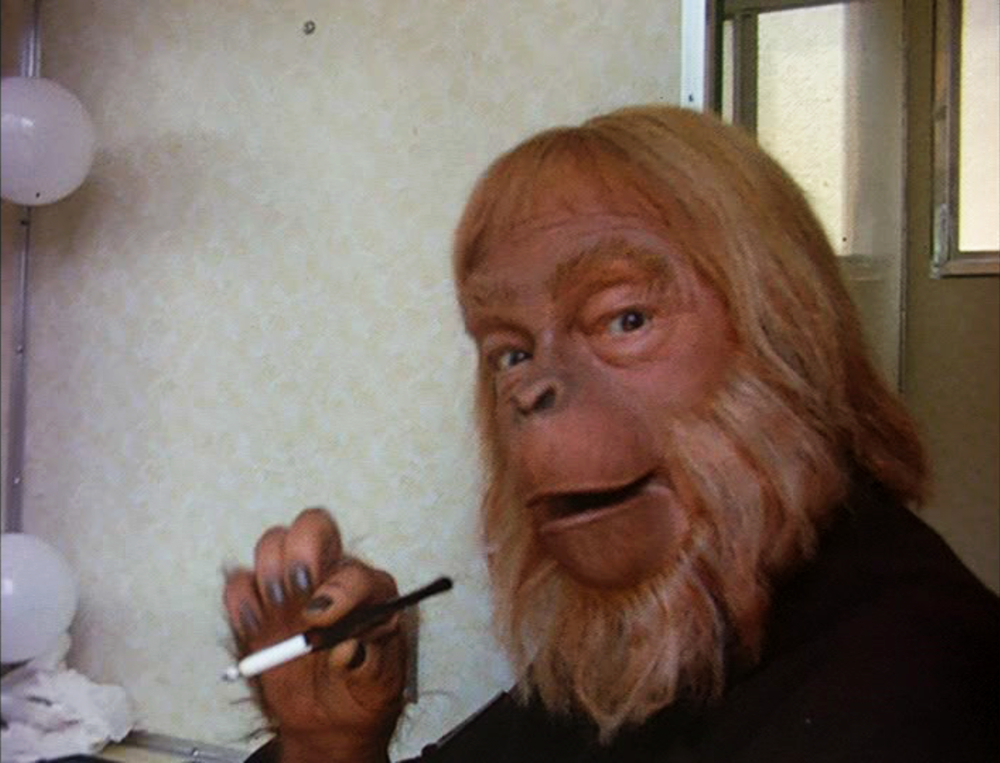 Maurice "Dr. Zaius" Evans grabs a butt between takes during the filming of Planet of the Apes.

There is a point in the film where Dr. Zaius (Maurice Evans) threatens Chuck Heston with emasculation. Circumcision is one of the first polysyllabic words all young Jewish boys learn, but emasculation was new to me. Ask dad, he knows!

After the scene played out, I leaned over to Larry and whispered, “What’s ‘imma-sculation’ mean?”

“It’s emasculation,” he mumbled, “and I don’t know what it means.”

Trying to slip a fast one past me, eh? Time to press the old man’s button: “You know how to pronounce it, but you don’t know what it means?!”

Dawn of the Planet of the Apes | Official Trailer 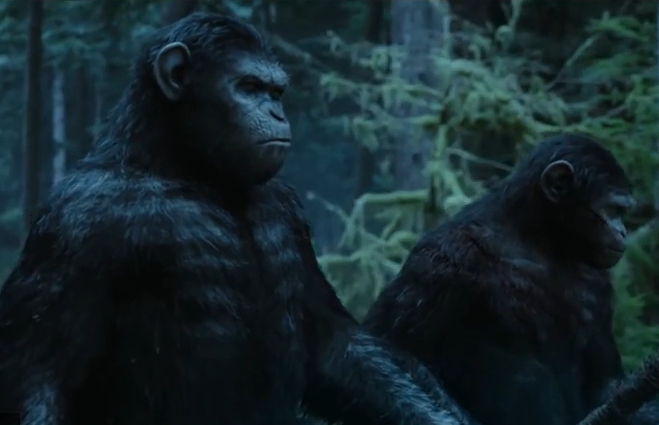 Before I could finish, my next plea was broken off with a booming, “It means they cut your balls off! Now shut up and watch the movie!”

My hard work had paid off. Dad’s admonition began reverberating across the cavernous 2000 seat faded-picture palace. The 70 or 80 patrons in attendance burst into laughter and applause. Pop was so pissed his back teeth were floating.

I sure wish Larry was with me when Dawn of the Planet of the Apes screened last week. The only thing he would have loved more than the movie was the Arclight’s air conditioning system.

I recall when "this is where we came in" used to require no further explanation. These days it's a potent generation gap indicator.

The only other 6 word combination that's more frightening is "From the creators of 'Smurfs 2.'"

Accidental flag, sorry. Scott - Reminds me of my dad in a way, but mine never took me to a movie. I always animal advocate for the apes to win. Also, pretty sure a human can keep the testicles and be emasculated at the same time luv.

Oh, emasculation still goes on, Scott. ShirleyB is right though, it no longer entails having your nuggies snipped. Nowadays it's called working on your relationship. Same results.

Your mention of entering and leaving during the film popped a memory kernel in my brain. I distinctly remember doing that,..but it took me awhile to recall why it was considered no big deal: It was because the main reason we were going to the movies back in those days was to take advantage of the darkness and the tight seating and see if we could get to first base with our Love to end all loves. Hey, what was going on up on the screen was just darkness and light, but what was going on at the end of the left arm was heavenly dreams of pure goodness and delight. If you were going for 2nd, you sat in the back, last row.