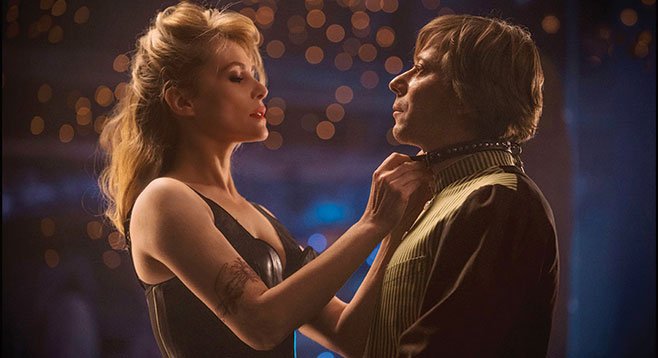 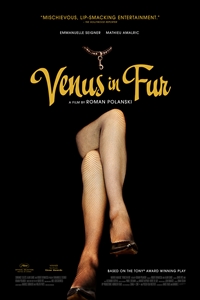 In 1977, film director Roman Polanski pled guilty to the charge of unlawful sex with a minor — a 13-year-old girl. He then fled the country to avoid sentencing. Need every review of a Polanski film open with a reminder of this awful fact? Not at all. But when the Polanski film in question, Venus in Fur, opens with a director (theater this time) complaining about women who don’t know how to be women — women who are simply too immature to portray the lead character in his play (also titled Venus in Fur) — well, it’s hard not to wonder if we’re being trolled. Maybe just a little bit? Polanski once claimed that everyone wants to, er, enjoy young girls. But then, that’s not the same as casting, I suppose. Not quite.

Speaking of casting, and staying on the subject, it’s hard not to see similarities between a younger Polanski and the film’s male star, Matheiu Amalric. The elfin features, the floppy mass of hair, the diminutive stature...oh, and did I mention that the female star is played by Polanski’s real-life wife, Emmanuelle Seigner? And that the play our hero has written is about forms of sexual behavior that some might consider perverse, but which our hero cannot help, thanks to a childhood trauma — a single moment in which life made him what he is? (Polanski, of course, had plenty of childhood trauma, losing his mother to the Holocaust.)

I am not for one moment pretending that the film is any kind of key to understanding Roman Polanski, or any kind of apologia, or any kind of anything of the sort. But an artist, presumably, chooses a project for a reason, and it’s difficult to hear a director in a Polanski film rage against philistines for whom “everything is a social problem of cock” (I watched a quirky translation from the French) and not feel a twinge in the old moral fiber. Especially when the great theme of the film is the bleeding of life into art and vise versa.

It’s all very smartly done. Amalric plays Thomas, author of a play based on the Victorian novel Venus in Furs by the Austrian author Leopold Von Sacher-Masoch, from whose name and work we get the term “masochism.” Masoch’s story — Thomas’s, too, and also Polanski’s — is an examination of sexual power dynamics between a man and a woman, Kushemski and Vanda. (Why did Thomas choose to adapt this particular work? Might as well ask why Polanski chose to adapt this particular play by David Ives, also titled Venus in Fur. Layers upon layers...) At the end of a long day of lousy auditions, Thomas is accosted by an actress named Vanda(!). Though everyone has left the building, she convinces him to read with her, to portray the very man he’s taken the trouble to bring to life on the stage. She’s even brought her own costume, and astonishingly, she seems to know the play by heart...

Maybe you see where this is going. But even if you do, getting there is still good, queasy fun. Along the way, Polanski makes himself all but invisible: the characters are the point here, and the director is content to artfully serve them up and let them go to work — on each other, and on the audience.