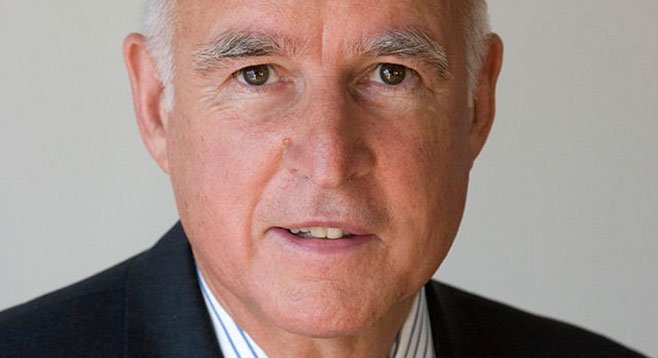 It’s election year, which explains why Democratic governor Jerry Brown has been spotted down in San Diego signing the state budget and personally picking up checks for his campaign. Brown is up against Republican ex–Wall Street bailout captain Neel Kashkari, backed by, among others, La Jolla financier Buzz Woolley, the anti-union advocate who chairs the Voice of San Diego news and opinion website.

As it happens, Brown has also managed to gather some cash from local business and development interests. According to a June 19 disclosure filing, San Diego’s Rick Engineering came up with $5000 for the governor on June 10. Kleinfelder, another big San Diego–headquartered design-and-engineering outfit, kicked in the same.