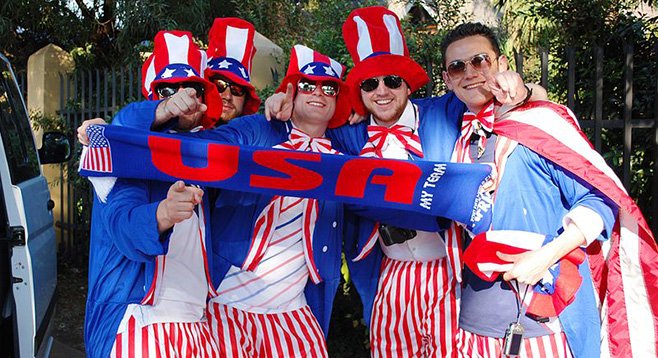 My hipster friends, normally not soccer fans, insist on watching the World Cup. They’re even calling it “football.” Did I miss something?

Just as the Olympics gives regular people a chance to pretend they care about gymnastics and ice-skating, the World Cup gives hipsters all over the country a chance to feign an interest in soccer. Even the most sports-neutral hipster will perk up for the quadrennial championship, donning a jersey, professing much love for a player with only one name, and viciously rebuking non-hipsters who insist on referring to the game as “soccer.” These once-in-a-blue-moon footie fans would never go to Carson for a Galaxy game or to TJ for a Xolos match, but having the global contest piped into the nearest craft-beer bar makes fandom easily accessible. It doesn’t hurt that the World Cup provides everyone — not just hipsters — a chance to get whipped up into a harmless jingoistic fury over nothing of real consequence. Hating another country and all its people becomes a game. For the average hipster, who can only enjoy nationalism and/or racism under the strictest ironic controls, and for whom “the Game” is enemy territory, held by legions of angry bros, World Cup years offer a chance to indulge in the guilty pleasure of sports without resorting to something as mainstream as MLB.