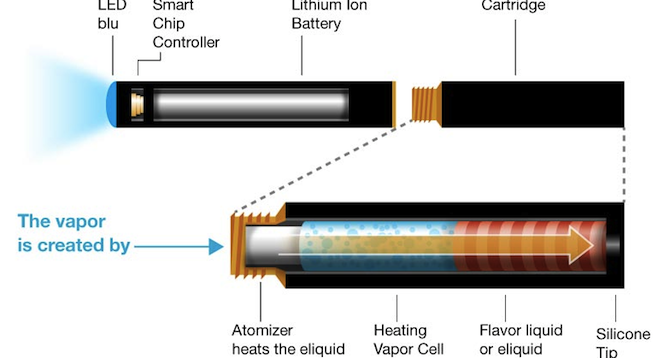 Facing the growing popularity of electronic cigarettes, the City of La Mesa on Tuesday, January 28, took up a consideration to ban their sale within city limits at the behest of mayor Art Madrid.

"We are now faced with the rampant growth and use of e-cigarettes," wrote Madrid in a January 28 memo addressing the city council. "Rather than sit on the sidelines, I recommend that we join other cities throughout the region, state, and nation in banning their sale in La Mesa."

As evidence of the need to eradicate the devices, Madrid included a copy of an opinion piece published in U-T San Diego last December. Also, Madrid presented a screen capture of a spam email he received offering a free e-cigarette sample in his note on the city-council meeting agenda (material pertinent to the proposed ban starts on page 105).

Not so fast, said CASAA (Consumer Advocates for Smoke-free Alternatives Association), a pro-e-cigarette activist group that launched a campaign Monday morning calling for local members to contact Madrid and council members and to attend the meeting in protest.

"They talk about the increased popularity of e-cigarettes as if it's a bad thing," said Julie Woessner, the group's legislative director. She and other advocates point to a peer-reviewed Drexel University study released this month that finds that the "current state of knowledge about chemistry of liquids and aerosols associated with electronic cigarettes indicates that there is no evidence that vaping produces inhalable exposures to contaminants of the aerosol that would warrant health concerns by the standards that are used to ensure safety of workplaces...exposures of bystanders are likely to be orders of magnitude less, and thus pose no apparent concern."

"When you hear stories about people who've made the complete transition [to using e-cigarettes], it's very powerful, and that's why we want to be a part of the conversation about regulation," Woessner said. "We don't believe e-cigarettes are a problem; we believe they're part of a solution."

Still, Madrid said the issue concerns the addictive nature of nicotine and a reported increase in use of the devices by teens.

On Tuesday night, Madrid pulled back from the blanket ban on e-cigarette sales and puffing in La Mesa, instead proposing that the practice be subject to the city's existing smoking ordinance: none allowed in public places such as restaurants and playgrounds.

Before the end of the meeting, the council voted 4-1 to revisit the issue after a more thorough study.