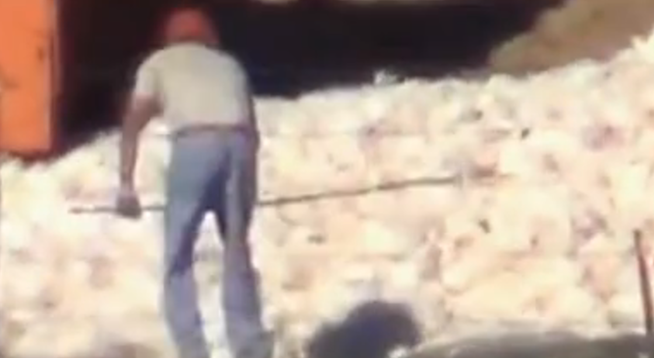 A 56-year-old employee of the Pine Hill Egg Ranch is currently under investigation by the District Attorney for the abuse of several chickens under his care. The chickens, which had slowed in their production, possibly due to being overworked, nevertheless proved hardy enough to survive their termination procedure. Literally hundreds of hens were rounded up and gassed in a shipping container, a standard industry practice known as "doing the deed." 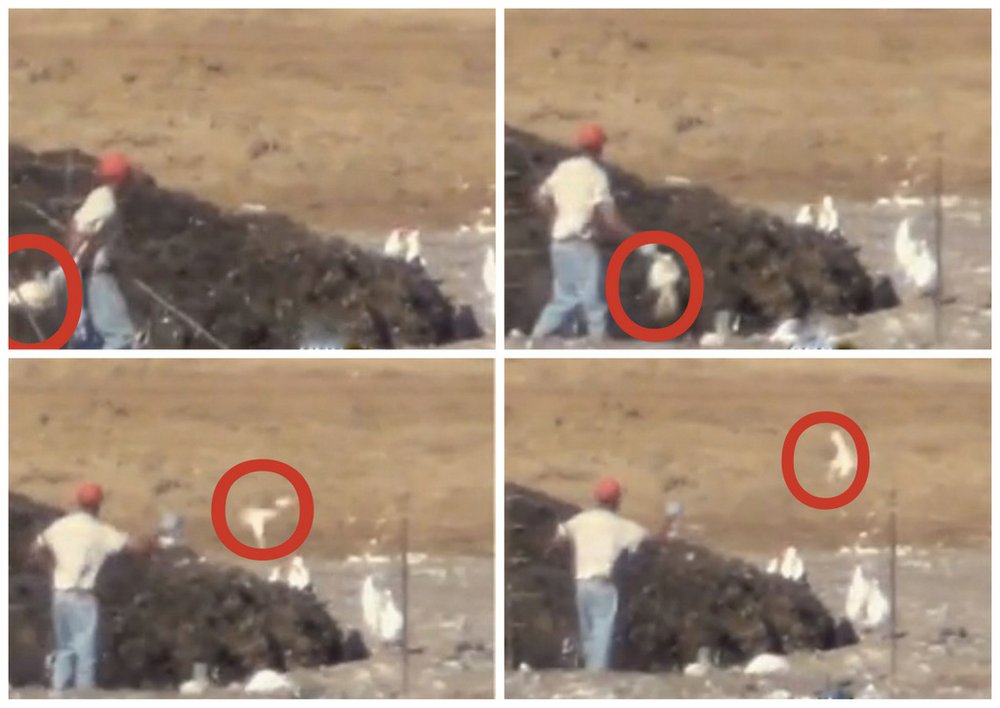 "But apparently," said a neighbor who made the video that started the investigation, "the standard procedure didn't quite take care of business, and this guy had to finish the job on his own." A number of the chickens were still upright, "and you can see him beating the bird without mercy. He's got his hands wrapped around that big pole and he's working it like it's his job. Up, down, up, down, until there's nothing left twitching. And then, right out there in full view of anybody who happens to be passing by, he decides to chuck the chicken. He just grabs the little pecker and lets it fly. It's shocking, really."

Conan Izzem, spokesman for the County Depart of Animal Services, expressed dismay over the actions he saw on the video. "Pine Hill should be ashamed of themselves. They're crazy to turn a blind eye to this sort of thing, because it's going to hurt their bottom line. They may argue that everybody does it, but it's still socially unacceptable, and people are going to shun them — especially since they did it in public. These guys should realize that when they abuse their livestock, they're really hurting themselves. When you get right down to it, it's self-abuse."