Pepe's Produce is the must-stop spot 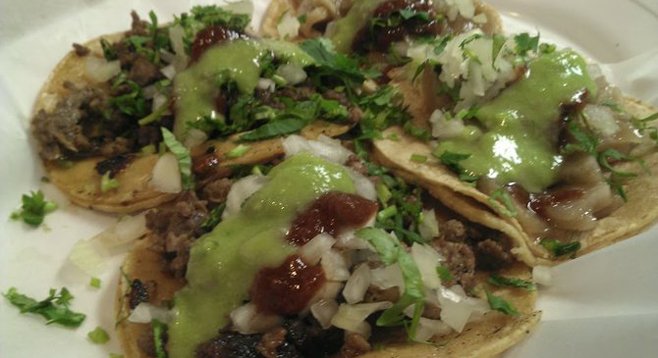 If Ramona has one must-stop spot, it’s Pepe’s Produce, a grocery store in an ex-Pizza Hut. The place may be the king of dingy little holes in the wall. It’s a little country store, with generic signs for EGGS and BANANAS stuck up in the windows. It hardly commands a second look. 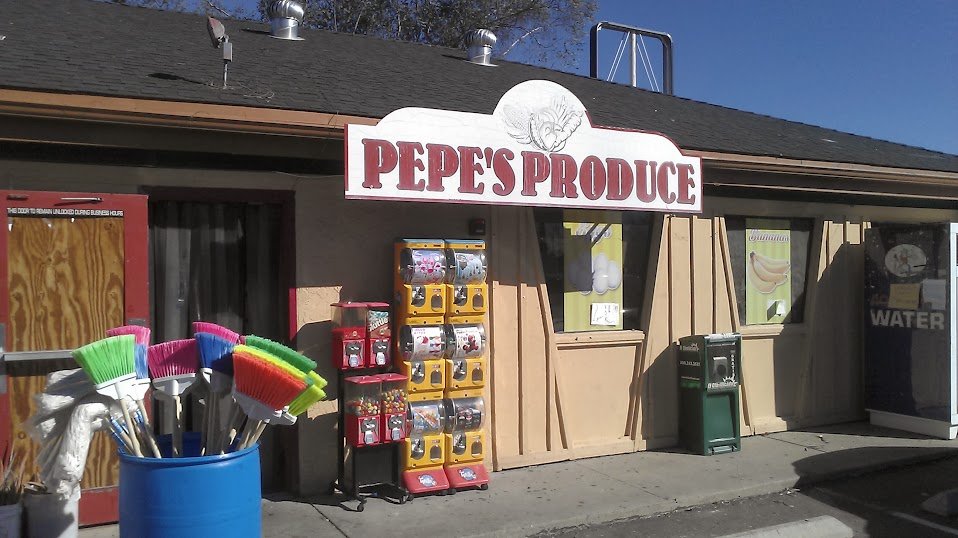 But the inside tells the tale. The back of the produce market houses a short lunch counter by the soda coolers. In one corner, a cold-table bar filled with cilantro, onions, and very good salsas. Along the wall, the plancha, that sacred flat-top griddle, seasoned with the carbonized remains of a lifetime’s grilled meats.

Less than $2 each, Pepe’s tacos could have been transported straight from the linea, or a TJ street corner, exiled “up the hill” (as the say in Ramona) and hidden there, unwary fools from “down the hill” (i.e. in San Diego) left none the wiser. 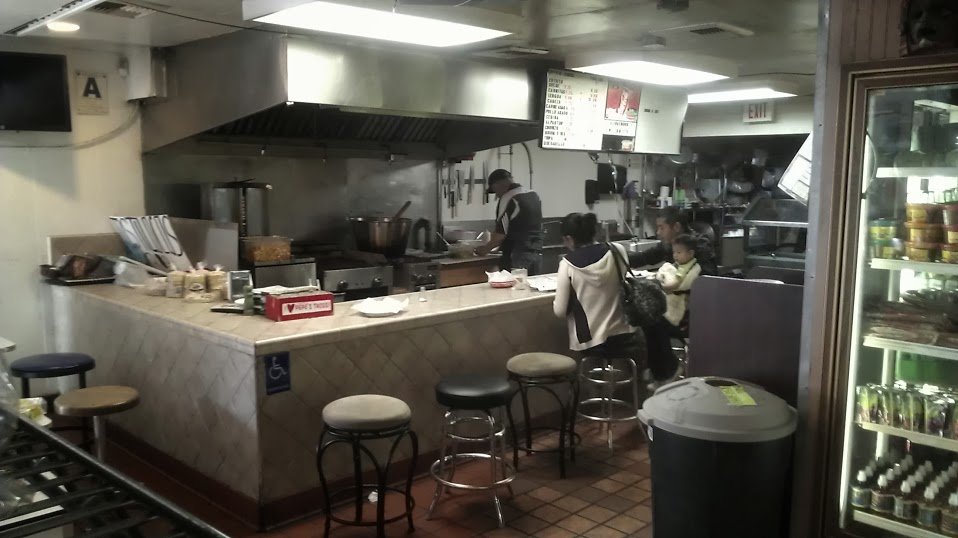 The beauty of Pepe’s tacos is in the variety, not what you’d expect in downtown Ramona, though the former turkey capital has more to show for itself than some people give it credit. Sure, they serve beef and chicken, but also lengua, tripa, cabeza, and even the formidable tacos de buches. Each one petite, just a few good mouthfuls, so that it’s possible to eat a variety. Who says you need to go to KFfC to eat a variety of chicken meats?

The absolute must-try taco is cueritos, cured pig skin. Most recognizable as the little curlicues in an order of tostilocos, the cueritos in Pepe’s tacos have been pickled and then grilled. The deep, savory flavor is subtler than fatty chicharrón, but still unmistakably porky. Loaded up with chopped cilantro and a combination of spicy red and refreshing green salsas, it’s heaven.

Order at the counter, eat, and then pay at the register on the way out. Good country living at its best.