The star of the upcoming production of Pagliacci at San Diego Opera talks about the biz. 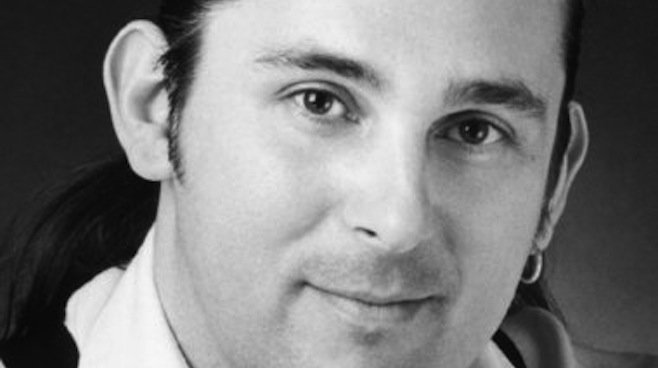 The last time Frank Porretta sang with San Diego Opera was the last time he sang the role of Duca in Verdi's Rigoletto. His voice has matured into roles such as Andrea Chenier, Calaf, and Manrico.

Now he is back in San Diego to sing what is, perhaps, the tenor role of all times, Canio in I Pagliacci.

We sat down to speak.

San Diego Reader: What does the general public tend to misunderstand about opera?

Frank Porretta: Well, there’s a lot of disinformation about opera — you know, it’s the brunt of many a joke so people are dismissive of it and that’s too bad. There are opera melodies that are used in commercials and movies that people know. Those melodies,whether you know it or not, become a part of your psyche and if you end up at an opera and hear one of those melodies, you realize you’re not such an outsider as you thought.

People think that opera is inaccessible and I guess, because of the language, it can be. However, you also run into a situation where music, after a certain point in your life — as you’re growing up, becomes redundant. It becomes repetitive. You realize you’ve heard all of this before. Opera will take you to a place where you haven’t heard things before. So often, in pop music, different bands come into vogue and often it’s bands just doing the same thing for a new group of people. You might fall in love with that music when you’re young and end up loving it for the rest of your life — because it reminds you of when you were young! Aerosmith, Led Zeppelin, I love them but there are bands out there that still do serious rock ‘n’ roll that I think are good but they don’t remind me of when I was wild and crazy and young. So that’s part of the allure of pop music but there does come a point where you’re past that. A lot of folks will keep listening to their same bands or they start to crave something new and different. Some people move to jazz some people move to classical and there are new harmonies for them to take advantage but with opera you also have to take that step over the lady with the spear and horns on her head from the cartoons. You have to be brave and take that first step and realize opera isn’t pop — it’s not consumable in that first hearing. You want to listen to opera a little bit — more than once — to appreciate it.

SDR: Okay, everyday. What’s that like and is any of it worthwhile?

FP: To judge advice is contingent on who is talking because what we’re really talking about is opinion. There is no opinion that matters more than mine about what I’m doing.

FP: I need to have some sort of reverence or working relationship with the person who is giving the advice, otherwise unsolicited advice is almost always discounted because it’s just another person’s opinion. It might be a terrific idea but you get handed that [opinions] so often about everything; your choice of attire, how much you weigh, why did you say that, you shouldn’t talk like that, and on and on. Everybody has an opinion. In fact, this is a business that is based on opinion.

SDR: Isn’t it though. It’s crazy how much opera is based on opinion. There are young singers who don’t know what to do because everyone who hears them has a different opinion of what they should be doing.

FP: If there’s any piece of unsolicited advice I can give singers, it’s to do it. Keep singing. If you love it, do it. Don’t be afraid to fall on your face because even the big wigs in this business fall on their face. The question is whether or not you get back up and keep going.

SDR: I’ve heard you have a pretty good sense of humor.

FP: If you want to talk about cutting up, there’s plenty of that in this business. However, this business has lots of people whose job is to make your job harder. They just do that. It’s their way, it’s their personality, it’s who they are. I always feel like there are enough people that are going to nit pick and give you a hard time that you should do your very best to enjoy yourself. You should have fun in the rehearsal process. You should have fun with your colleagues. Never be afraid to make a joke — within reason — you can always feel when the director is getting ancy to move on. You should always have fun because we don’t do this because it’s an easy job. It’s just not an easy job. It’s a job where everybody is telling you what’s wrong day in and day out. You have to live with that but if you have a chance to enjoy the process then you should. There are jobs where you can work a whole lot less and make a whole lot more money. We do opera because we love it.

FP: Heck no! Actually, I shouldn’t say that. I do listen to opera but not often. When I’m working a lot I need to take it out of my ear, I need to go someplace else. That doesn’t mean I don’t go back to it but a lot of the time, when I listen to opera, I listen with a different ear than I do to Aerosmith or Led Zeppelin. I can't help but listen to the technical aspects of opera. It’s a completely different experience to listen to something that you do for a living.

SDR: We can talk singing technique if you want.