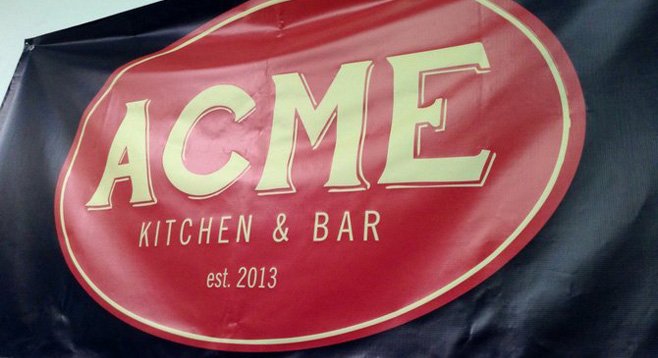 "I like being early," says Terryl Gavre. She's the wunderkind gal who started up Café 222 (remember her on posters wearing a waffle on her head?), and then Bankers Hill Bar/Restaurant, and then Bankers Hill at the airport and soon Acme Kitchen, kitty-corner to the old Central Library, and soon to come after that, Bake Sale, a kind of patisserie/coffee place at 9th and F. 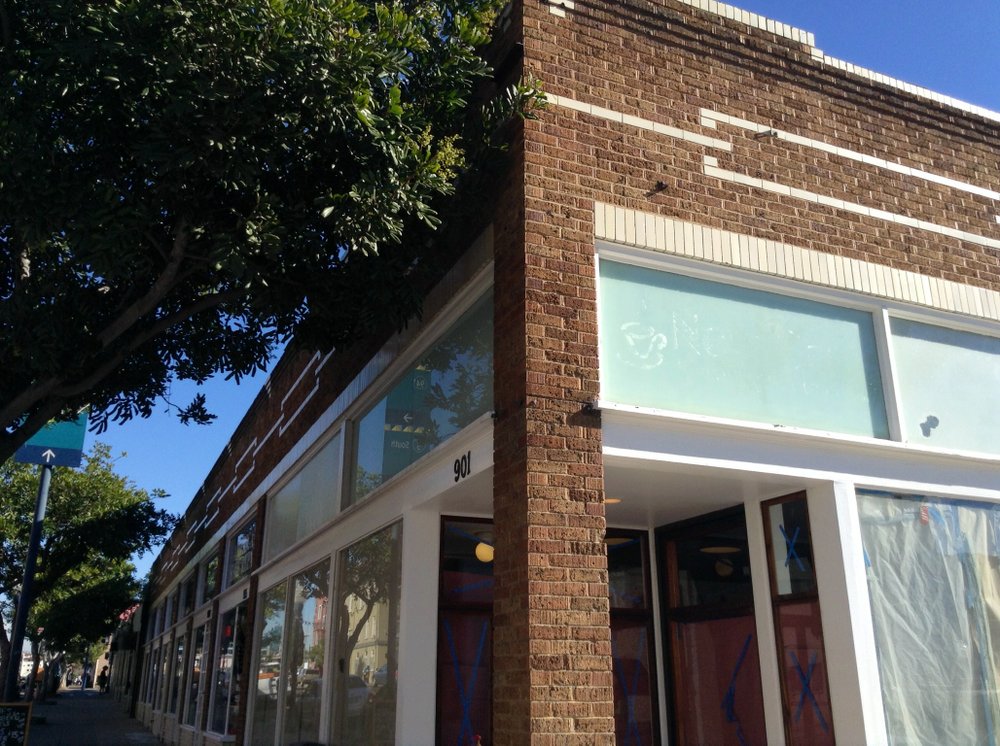 At corner of 9th and E

Right now she's talking about being early to come to this part of town (just shy of East Village) which is still kind-of-not-really happening. "That's what I like. Opening in greener areas that are in the process of becoming. Plus, rents are lower."

I was jes' hanging round this corner at 9th and E trying to get a peep in to what was going on at the corner café site. Great li'l old brick building from the 1920s. Last time I was in, it was an ultra-cheap Chinese place. The gruff lady who ran it gave you the totally best-value food downtown. 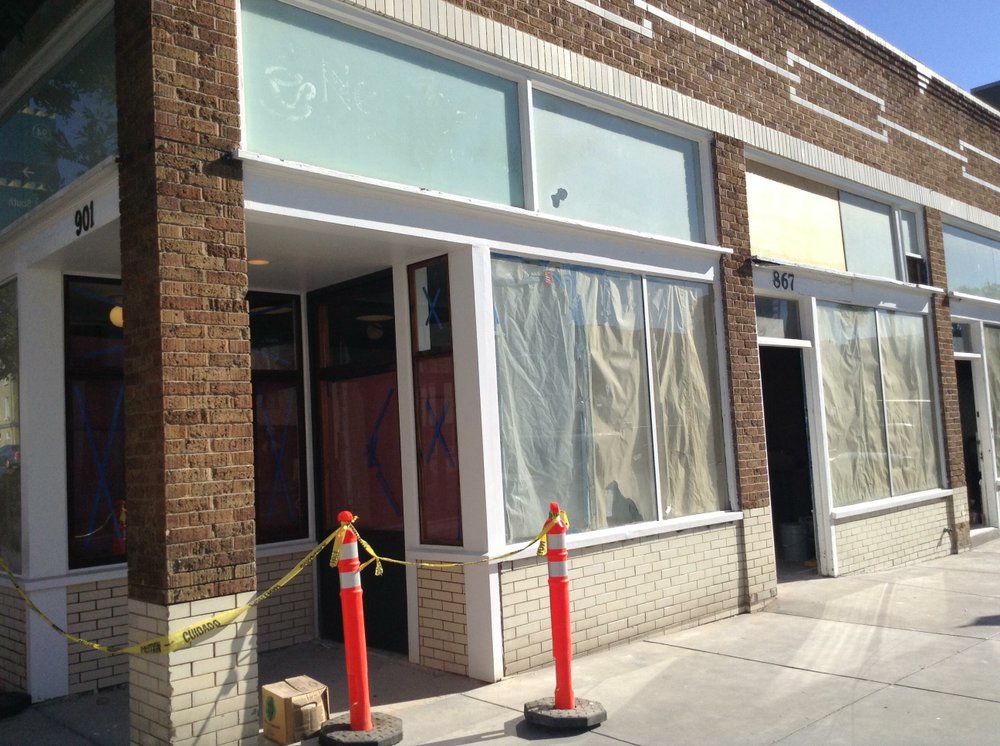 So, sorry to see her go. But peeking in, you see they have knocked down walls, doubled the size, set up a shiny kitchen in back, and the contractors say they are trying to get everything ready for a January 19th opening.

Uh, get what ready? This is when Terry Gavre turns up. "I'm calling it the Acme Kitchen," she says. "It will be a southern cooking place. I'm not a trained chef but I'm good at home cooking. And I've been studying everything I can about southern cooking, from Junior League cookbooks onwards. Everything from shrimp and grits with Tasso ham, to angel cakes. I must have gone through 50 recipes for angel cakes."

Hmm. Thinking about my diet. Determined to lose ten pounds. Place like this won't help. 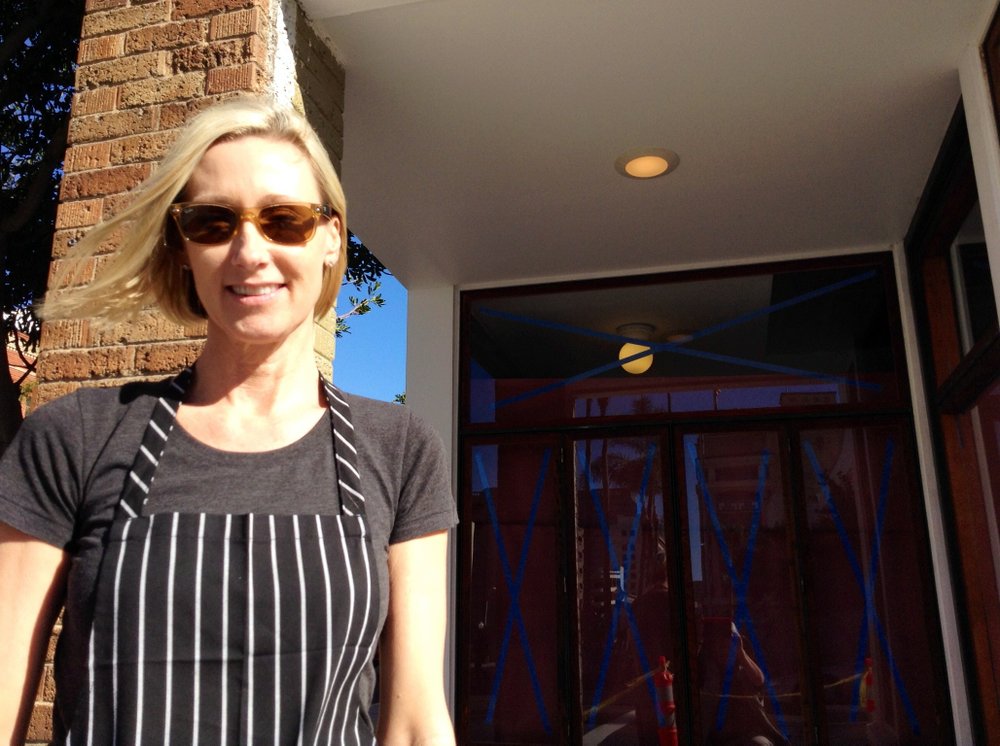 'Course she's a slim blonde who must just have the metabolism where she doesn't have to worry about it.

"Well," she says, "I think you've just got to be careful for six days, but then give yourself one day a week when you can really enjoy food. Otherwise, what's the point?"

Good news: she'll have about sixty seats inside, plus twenty outside, café-style. And she'll have a wine and beer license.

"I just like the feel of it. Bricky, twenties, like this building. And 'acme' means 'the best.'"

Her next project, "Bake Sale," the pastries and coffee place, is just two minutes' walk away, at 815 F Street. The building there is like a spittin' image of this one. "But I won't be opening that till maybe mid-February. I need it to be my extra kitchen for here at Acme while we get geared up."

Man. How does she do it? Specially since, turns out, she has two kids.

Forget fried chicken, shrimp and grits, angel food cake. Knowing something about southern cooking, that is not what epitomizes the south, and those are too tired, or are commonly available in many venues.

HG: Forgive belated get-back. I am headed there again today, and I'm taking your suggestions with me. Stay tuned!