The skinny on my collaboration with Nickel Beer Co. 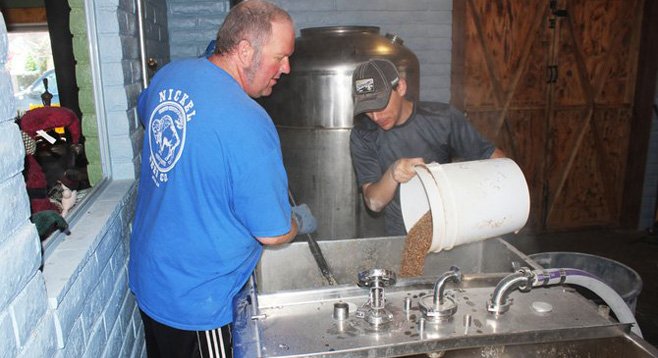 I bet you thought that miraculous, playoff berth-clinching Chargers victory was the coolest thing to happen on December 29. Well, you’re probably right about that. But nearly 60 miles east of Qualcomm Stadium, something big was brewing, literally, in the small town of Julian. Amid the mixed gasps, groans and (eventually) cheers of rabid Bolts fans in the abutting tasting room, I was busy in the brewhouse at Nickel Beer Co. (1485 Hollow Glen Road, Julian) mashing in, dropping hops, pitching yeast and tending to the laborious tasks of sanitation and clean-up as owner and brewmaster Tom Nickel and I birthed a collaboration beer dubbed Bitter Beer Writer ESB. 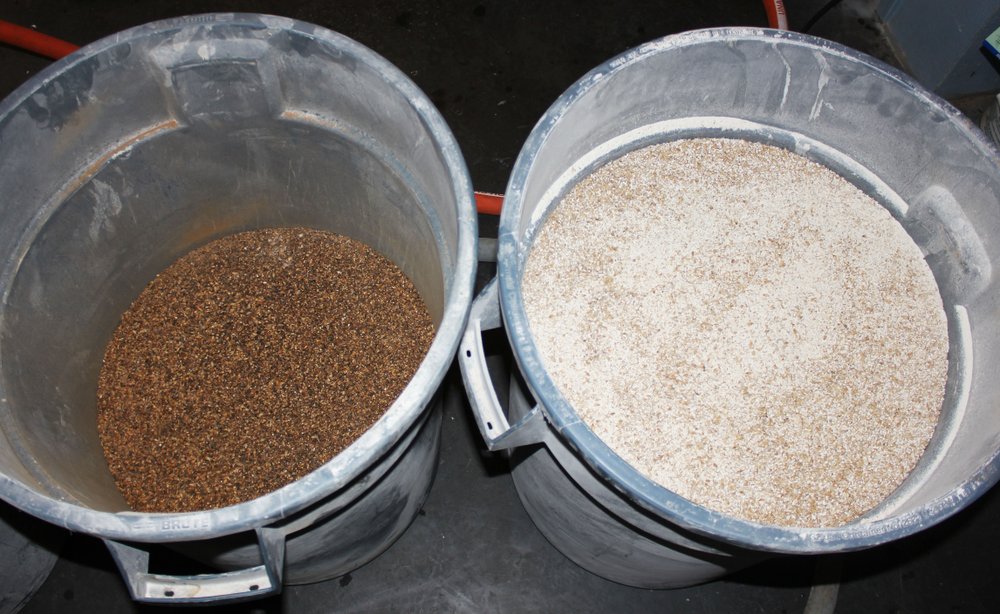 It started as a joke, Tom’s humorous statement that we brew a joint-effort beer involving yours truly and befittingly named to match many peoples’ perception of my journalistic persona. Then, somewhere along the way, it became a real thing that we poured a great deal of formulaic energy into. We decided Bitter Beer Writer should be a bitter. Not one to resign myself to ordinary status, I chose the extra special bitter (ESB) style with higher alcohol — it should come in between 5.5 and 6% ABV — and enough hop presence to present imbibers with a vibrant nose and piney follow-up on the palate. With this decided, Nickel went to work on a recipe (being a previous World Beer Cup champion, he was far better suited than I). 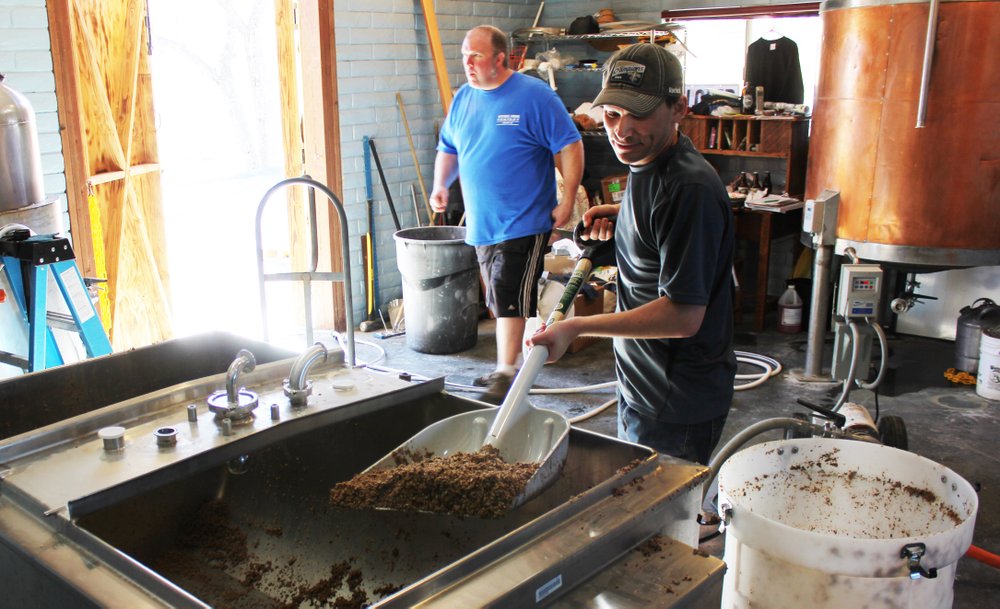 I'm used to getting beer scoops, but this was a tad different.

Golden Promise makes up the bulk of the malt bill, providing additional fermentable sugars for increased ABV, with crystal and chocolate malt adding breadth and color. A trio of English hop varieties—Warrior, Challenger and Styrian Golding—balance things out, while adding the bitterness to match my perceived attitude. On the yeast front, Nickel secured some ravenously hungry La Cruda from long-time colleague Tomme Arthur at The Lost Abbey. With any luck, top-notch ingredients, many years of knowhow, and a day’s worth of free physical labor will produce something extra special for visitors to Nickel Beer’s tasting room as well as patrons at one of Nickel’s other business, O’Brien’s Pub, where a keg and cask will be tapped January 29.

The beer will also go on tap at Nickel Beer Co.'s tasting room this Sunday, January 12...just in time for what will hopefully be another cause for a victorious Chargers fan celebration.