The NFL ought to worry about TiVo

The NFL and me 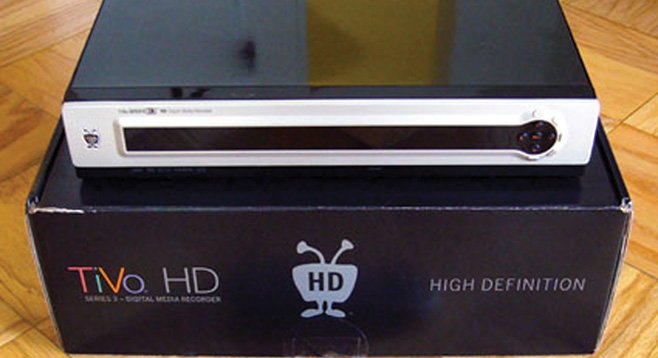 Remember the three-out-of-four-NFL-wildcard-games-might-be-blacked-out story? Things are changing in the NFL. Which makes sense; my relationship with the NFL has changed several times.

Relationship 1. I’m hitchhiking with Gretchen, heading south on Highway 99, somewhere around Turlock. Hitchhiking goes in streaks. A run of great rides, run of no rides, run of bad rides. We are in the no-rides section. It was a little after 7 p.m. It was December. It was dark. It was cold, below freezing. We were walking fast and clapping our hands to keep warm.

We heard crowd noise ahead. The crowd was cheering. Hey, it’s coming from a bar. With wide smiles we entered the tavern. It was warm, it was friendly, everybody was watching Monday Night Football.

We stood at the bar and ordered beers. And since the place was so friendly, so comfortably warm, and since the crowd was so into the game, oohing and awing all the time, we oohed and awed and watched the game with them. Turned out, it was a once-in-a-decade game, played in a blizzard. Intensely dramatic. And so, for the next interval of years, whenever I wanted to watch an NFL game, I’d go to a bar.

Relationship 2. I was living in Arden, an abandoned station on the Union Pacific railroad line, ten miles south of the Las Vegas Strip. I was attending UNLV every once in awhile, as was David Bry, a graduate student, compatriot, and degenerate NFL gambler.

During football season, we’d gather at David’s rented house, a few blocks off the Strip. Three TVs, big backyard, 20 or so people, half girl friends, half bettors. Eat, drink, talk, watch football, and play volleyball. But, at the two-minute warning, everyone gathered before the TVs to check scores and consider their halftime bets.

My NFL relationship was distant. Nothing beats the fan out of you quicker than betting on a game. Your loyalties follow your money.

Relationship 3. I started out right. My first NFL game as a reporter was Super Bowl XIX, 49ers vs. Dolphins at Stanford Stadium.

I’d worked my usual season in the arctic, and on the way out stopped by the Fairbanks Daily News-Miner. I had no eyes to become a journalist; I just wanted to see a Super Bowl for free. I pitched a trade to the managing editor: “You give me a credential, I’ll be your correspondent.” 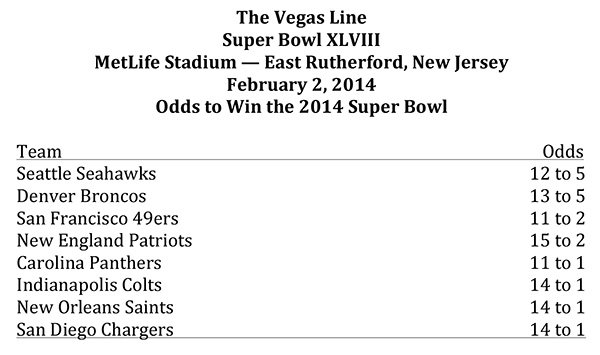 Game day, I was in this press booth, and the only thing I saw were little ants running around on a green field. This was turning into a great game and I had placed myself in a spot where I couldn’t watch it. So, I left the stadium at halftime, found a nearby bar, and grabbed a prime seat in front of the TV.

And later, when I went to work for the Reader, there were many press-pass NFL games. But, I was working, which erases the fun part. I’d be at games looking for something to write about. Worse, I was looking to write about something no one else was writing about. It was a job.

Relationship 4. For me, watching a live NFL game on television is out of the question. I would rather spend the day in an airport terminal than watch a live NFL game. Exception when you’re with friends.

Watching live NFL is watching arrogance and greed. The normal amount of time it takes to play an NFL game is three hours and 15 minutes. According to a 2010 article in the Wall Street Journal, the average NFL game consists of 11 minutes of action. Average time spent on replays is 17 minutes. An average play lasts four seconds. There are over 100 ads. That was written four years ago. The ad load has increased since then.

I have a TiVo with a 30-second forward button. I record the game, wait until the third quarter begins in real time, start watching the TiVo recording, zap through commercials and halftime, finish the game almost to the minute when the game finishes in real time.

This is going to be a problem for the NFL.

It sounds crazy, but apparently many companies feel they are getting their money's worth. If they have a superb commercial that people love, it will get millions more views for FREE on various TV shows, cable channels and blogs, and on YouTube, Vimeo, etc. The more views, the lower the CPM (cost per thousand viewers).

Agreed. The most common text sent between my friends and I on game-days is "text me when you're live."