Is Pinback a band? 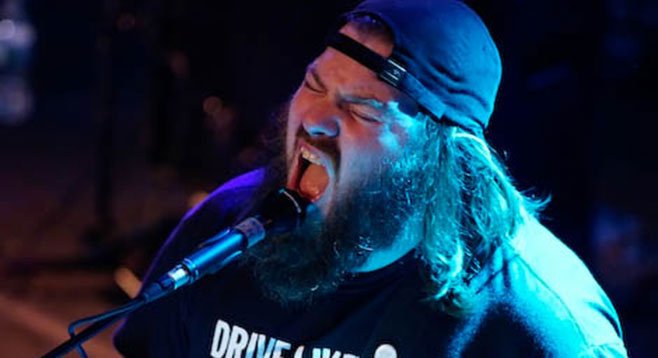 Gloomy music pretending to be happy: that’s Pinback. Their particular vibe comes as the result of living here in the banana belt of San Diego where the weather is almost always balmy. Or so says Armistead Burwell Smith IV, the bassist from Three Mile Pilot who is known as Zach to his friends, and who is also one-half of Pinback. This is an on-again off-again project that he began in 1998 with singer-songwriter-guitarist Rob Crow, who, in the band’s biography, admits to having slept on the roof of his childhood home.

“When I was a kid,” he writes, “I would bring my guitar, my radio, and a couple of pillows up there and watch packs of coyotes invade the neighbor’s backyards chasing rabbits.”

Quirky, yes, but establishment music press such as Rolling Stone has given them some love more than once over the years. Once, an RS critic likened the Pinback listening experience to a tennis match, as opposed to the rollercoaster of most of rock and roll. The tension that exists between Crow and Smith did not go unnoticed. But it is a brand of tension that never rises above a fever pitch. Mild, dreamy music fit for airport lobbies and other giant public spaces, pretty compositions that have likewise gotten encouragement from the critics at Pitchfork. The live show, on the other hand, is more band-like and far less refined.

Still, I find it hard to call Pinback an actual band, what with their spotty record-release history (only six since 1999, and sometimes with as many as five years between CDs) and the constant turnover of side musicians. Smith and Crow are most often joined live by Chris Prescott, who also works as the drummer for the Montalban Quintet, but at least a dozen other local musicians can say that they, too, have been part of the Pinback machine at one time or another.