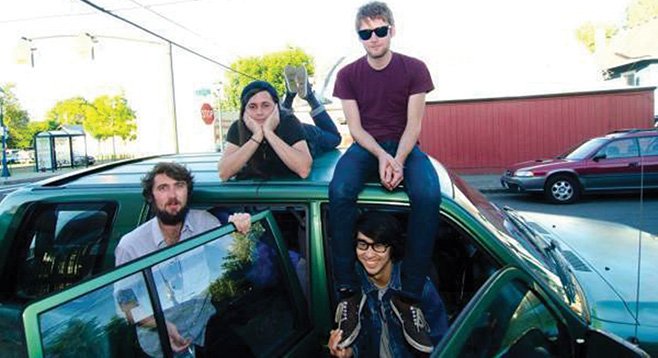 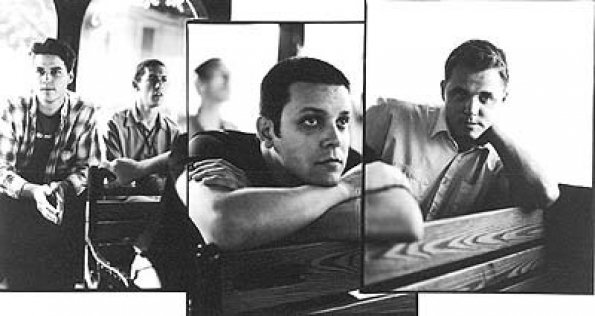 Alt-rock quartet No Knife regroups and returns to the Casbah this week.

Thursday 9
Nineties-grade alt-rockers No Knife culled a biggish but brief career from angular slash-and-burn pop deconstructions that evoked, at turns, the Clash, Fugazi, Archers, and Mission of Burma, but Mitch Wilson’s first-person lyrics and emotive vocals doggie-bagged ’em as Jimmy Eat World leftovers, a band they shared the stage with a lot. More ras-core than math-core, No Knife had more rock swagger than the bands they were aligned with, imo, but the mishandling of San Diego bands in the wake of the Seattle splash was a crying shame — don’t get me stahted. Of No Knife’s four records, their final cut, 2002’s Riot for Romance! holds the most water as a precursor to more melodic art-punk acts to follow. The quartet’ll headline sets Thursday night in honor of the Casbah’s 25-year turn as the stage that gave alternative acts local cred and national attention. Fellow survivors Ghetto Blaster (Fishwife, Irradio, Hostile Combover) and a band named Nancy open the show. (As I wrap this for deadline it appears Thursday night’s gig has sold the fug out, but a second show’s been added on Wednesday the 8th, so get up, get out, NOW!)... Else: on the heels of two sold-out shows at Belly Up Wednesday night, Snoop Dogg aka Snoop Lion aka DJ Snoopadelic will drop it like it’s hot at Fluxx downtown. They are tight for tix as I type, but the Fluxx site says there should be some at the door...also downtown Thursday night, indie-folkie Alex Brown Church, aka Sea Wolf, will be bringing some Old World Romance to art spot Luce Loft...and our fave local lo-fi surf psychonauts Barbarian invade the Griffin in advance of their debut full-length, and the sooner the better, as the Monk house has worn out last summer’s fuzzy gumdrop EP tease City of Women. With the equally excellent Echo Park witch punks Spirit Vine and ’60s-soaked Valley Center valley boys Young Wants opening the show, this is where all the kids in the know will go. And now you know.

Friday 10
SanFran garage-pop band Cool Ghouls materialize at Tower Bar Friday night. Last year the Ghouls quietly released one of the better flower-punk sets via Burger Record cassettes. It’s a joyous noise that updates the Troggs and the Monks with some Cali-bent sing-alongs and gives contemporaries such as Ty Segall, Thee Oh Sees, and Fresh & Onlys a run for their guitar-rock money. Stream this. With like-psych-minded Los Angelenos Froth (morphine lollipop, anyone?) and our own Amerikan Bear setting it up, this’d be the gig to be/see/hear/sway/sing along or just grin at. Shit, I’m already there.... Best of the rest: East Coast hip-hop duo Mobb Deep’s at House of Blues in advance of this year’s remastered, repackaged, reinvigorated (with ten 1995 outtakes) Infamous Mobb Deep double-record set...the hard-rocking Brothers Weiss will be at Soda Bar releasing their new EP CD Conversations with local bros Strange Vine and Buddy Banter...and GG Allin’s last backing band, the Murder Junkies, featuring GG’s brother Merle, will be at Brick by Brick with SanDago’s Systematic Abuse and Tim Raldo & the Filthy Fuks. The Junkies still spill that old GG Allin shock rock, along with a 20-year back catalog of their own rough-and-tumble punk. 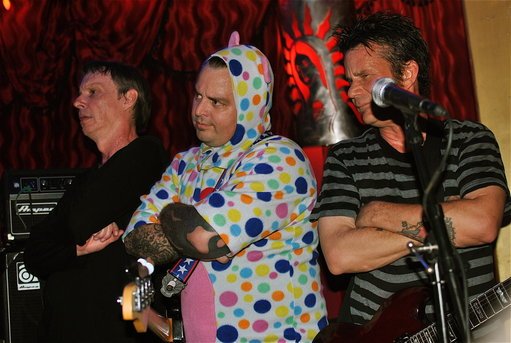