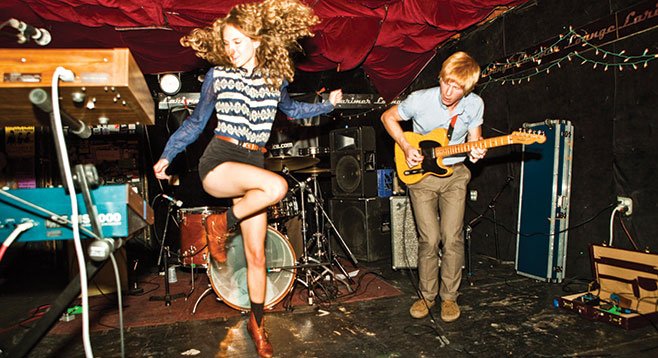 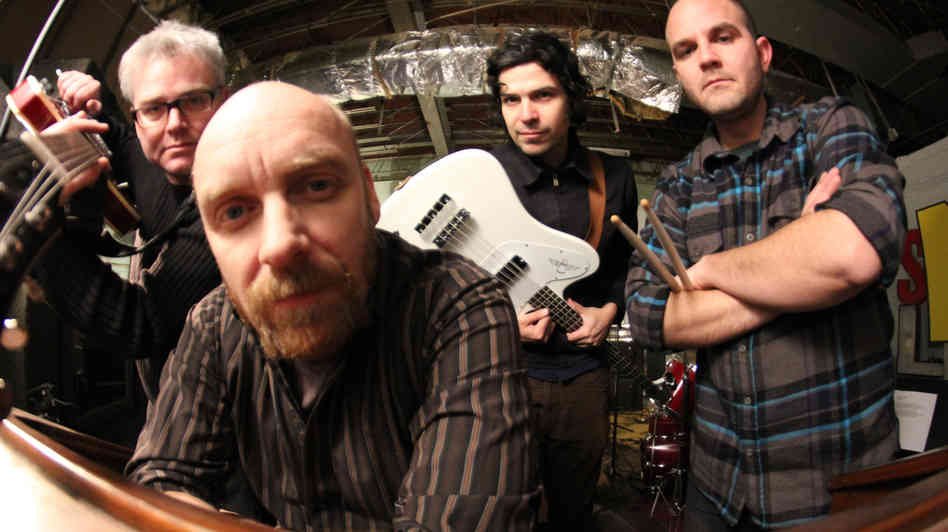 Monday 13
Dave Good’s Of Noted show this week is local indie hits Pinback, who actually plug in for two night’s at Casbah Monday and Tuesday. Deathfix (feat. Brendan Canty of Fugazi on guitar/voice!?) and our own fuzz-punk globby goodness Octa#Grape open both shows.... If you’re taking a pass on Monday night in Middletown, the Meat Packers (part Stone Foxes, part Goodnight, Texas) celebrate ten years of touring together at Soda Bar after Midnight Pine and Hong Kong Fuzz. 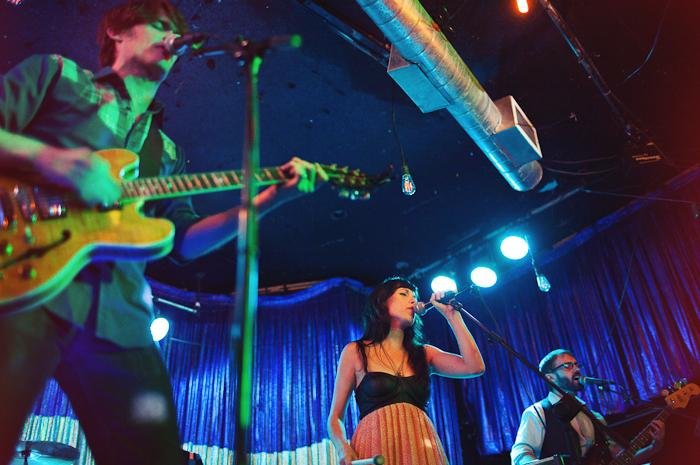 Folk-rolk five-piece the Lonely Wild plays a month of Tuesdays at Soda Bar.

Tuesday 14
L.A.-based folk-rock five-piece the Lonely Wild is doing a month of Tuesdays at Soda Bar behind their latest, The Sun As It Comes. This week with one-man blues-rock band Low Volts and indie-pop confessors Palace Ballroom open the show.... Reggae-rockers the Devastators join the funked up Brothers Gow and electro-soul duo Tarr Steps for a four-artist paint-off at Belly Up. Apparently the painters paint while the bands play and you pick the winning pic. Carlos Culture’s MCing the proceedings while DJ Man Cat (“Half man, half cat, 100 percent awesome”) spins ’round sets.

Wednesday 15
Switchfoot fans’ll have a lot to carry at Casbah as the Grammy-winning God squad’s Fading West CD, which drops Tuesday, comes free with the $35 entry fee and, AND, there’s a DVD movie of the tour. Super duper.... Utter mentionable: L.A.-based mope-pop new wavers Martha Davis & the Motels (“Suddenly Last Summer,” “Only the Lonely”) check into Belly Up. Until next week, I am over and I am out.

Martha Davis and the Motels always pull out all the stops for their San Diego shows, having been signed to their first record label deal after a showcase gig at the Catamaran near Mission Beach back in the day. I've never come out of one of their local shows without marveling at just how good they still are, despite being sidelined for years on the retro-redux circuit.