All is well with the Corporation 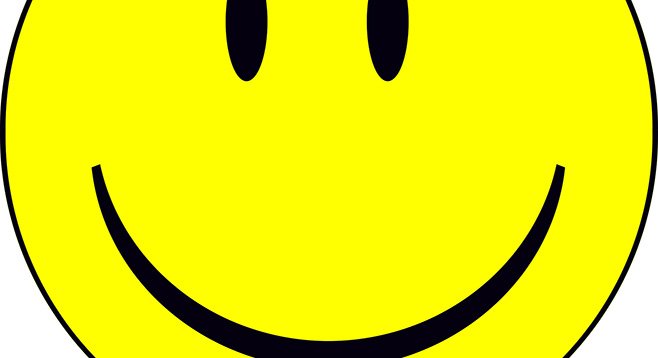 “Good News” is all around us. For the second year in a row, we’ve compiled a list of some of the greatest moments of the year.

When the Coastal Commission voted unanimously to move forward with the expansion, they were not only voting for a larger facility with more waterfront access, but also to bring an additional $698 million in economic impact and 6685 jobs in the region.

Improvements at the airport have finally landed. The San Diego International Airport’s Green Build expansion culminated in August ahead of schedule and under budget.

We live in the most inventive region in the U.S.

In July, the Organization for Economic Co-Operation and Development released its ranking of the world’s most inventive cities. Second on the list — right behind Eindoven, Netherlands — was San Diego. The city claims 8.9 patents for every 10,000 residents, thanks to companies such as Qualcomm.

As the U.S. and Mexican governments launch a new initiative to build stronger business ties across the border, they are looking at San Diego’s Cali Baja Bi-national Mega-Region as a model for finding ways that industry clusters in both countries can work together. The new cross border terminal will allow travelers from San Diego and Tijuana to hop on flights out of the neighboring cities.

Pivot to the Pacific sends resources to San Diego

The United States defense strategy has deemed that a Pivot to the Pacific, aligning defense resources with the Pacific Rim, is a crucial foreign policy strategy. Because of San Diego’s location and existing military footprint, this meant the region was well-positioned, despite sequestration, to gain valuable resources. According the SDMAC Military Economic Impact Study, the two aircraft carriers home ported here will each add about $500 million to the economy.

San Diego’s top-tier universities are essential for priming a talented workforce that helps push the economy forward. When President Obama announced his BRAIN initiative in April, UC San Diego Chancellor Pradeep K. Khosla was invited to Washington. Given its strong cognitive sciences program, the university — which raked in more than $1 billion in research funding this past year — will be one of the academic institutions leading the charge.

Construction on the largest desalination plant in the western hemisphere began in early 2013. The construction of the plant will provide more than 2300 jobs and will sustain 575 jobs when it is completed in 2016. Not only does the Carlsbad facility employ ground-breaking local technologies, but it also promises to transform about 50 million gallons of seawater into drinking water each day, which will meet 7 to 10 percent of San Diego’s water needs.

The San Diego region, which is home to more than 70 craft breweries, is commanding a growing percent of the nation’s craft beer production. From Men’s Journal to The New York Times, people worldwide are also catching wind of breweries such as Stone, Ballast Point, Karl Strauss. This year, the industry hosted its first “SD Craft Beer Hospitality and Tourism Summit.”