In Lemon Grove, the pitmaster's got a crutch. (Hint: that's a good thing.) 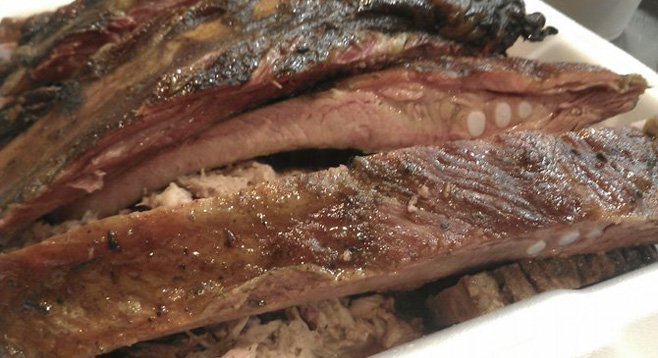 It’s evident in the first bite from Coop’s West Texas Barbecue (2625 Lemon Grove Avenue, Lemon Grove). You can taste the crutch. The Texas crutch, that is. The crutch, an aluminum foil wrap applied to the meat halfway through smoking, cuts down on cooking time by mitigating the effects of evaporative cooling, and forces the meat to retain a greater degree of moisture. The meat ends up more succulent, but with all the smokey depth of flavor one expects from pit barbecue, in which category we can (thankfully) place Coop’s. 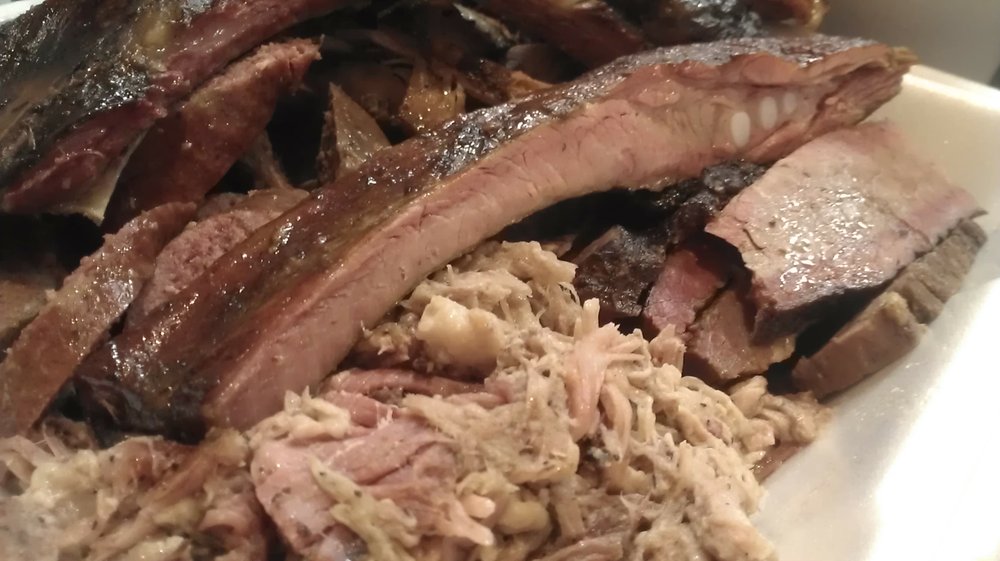 Nothing’s free of course, and the crutch locks in moisture at the expense of the bark, the layer of jerky that forms around the edge of barbecued meat. Pitmasters, especially Texans who cook a lot of brisket, think it’s a fair trade. Brad “Coop” Cooper must agree, because he refers to his “wrapping” method in an interview with the Chocolate Voice, posted on the wall of the restau. Brisket is always dry, but Coop’s is less so, especially the fatty pieces, which merit asking for by name, if you’re into that sort of thing.

The crutch was probably invented in Texas, hence the name, and probably as a way to cook better brisket. In Western and Central Texas, beef reigns supreme. East Texas (in the style of places like the Barbecue Pit) is tough to distinguish from the South, but much of the rest of Texas is, or was, cattle country, and barbecuing beef is what it’s all about, although every other conceivable meat makes an appearance somehow. 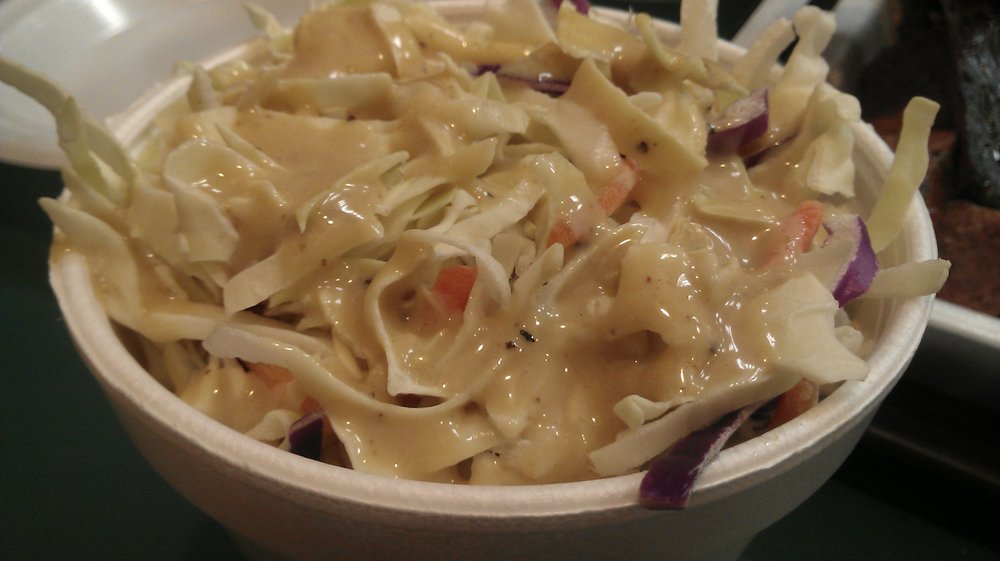 Also, once you get to the more westerly parts of Texas, spices evolve from the straight-up salt and black pepper style of the South. Partly through Mexican influences, cinnamon, cumin, ancho chilis, and other warm spices show up in the dry rubs and sauces. Coop’s sauce has that, a rich savoriness that’s subtler than the sweet tang of Deep South barbecue sauces. The barbecue sauce makes a guest appearance in the cole slaw, which boasts a mayonnaise-less dressing (spiked with cider vinegar and barbecue sauce) and fresh, crispy cabbage. Potentially the best slaw around! 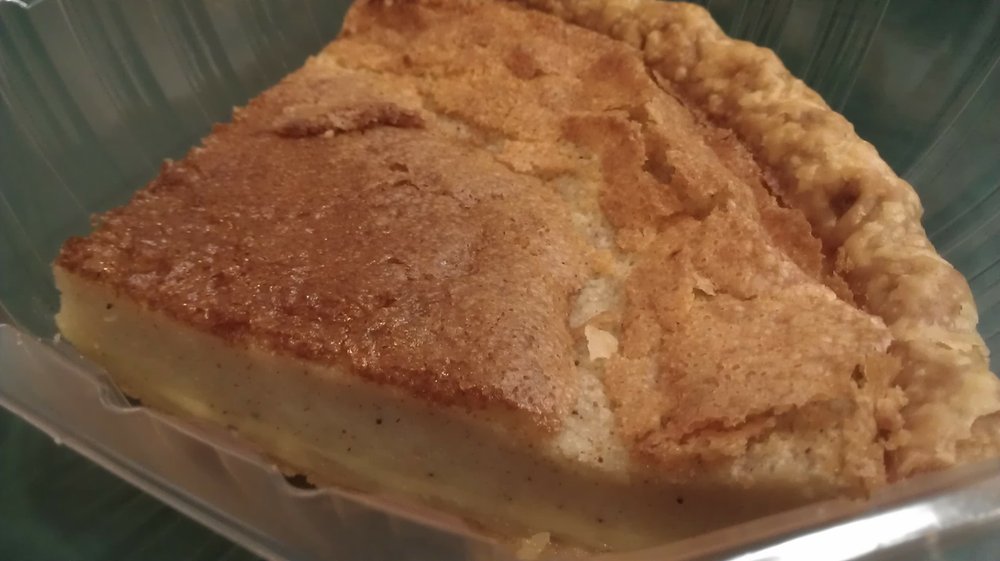 Coop’s is nothing if not consistent, and everything that Naomi Wise said about the place in her “offical” review in 2011 holds true today. “Very good” remains accurate, and could be “excellent” if the beef ribs were trimmed more generously and if tenderness wasn’t an occasional issue.

Interestingly, If Coop’s has one must-have dish, it’s the buttermilk pie. Generously spiked with nutmeg, the sweet slice of custard pie is good enough that it’s worth loosening the belt a little bit to make room for dessert, even after satiating on meat.