Japanese and Mexican flavors found on the same menu 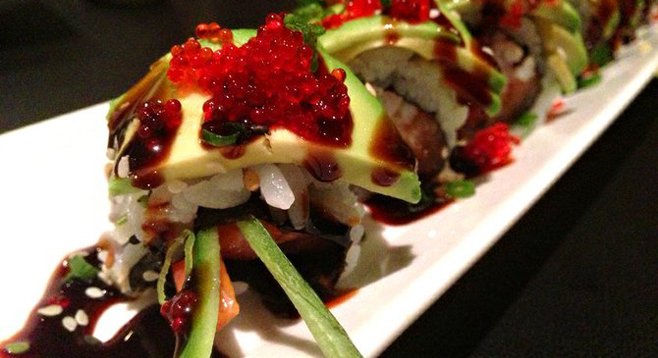 I’ve been spending more time in South Park since my friend Mellie moved from Venice Beach to South Park central, right on Fern Street. One recent evening, Mellie invited David and me to dinner at Juan Chou, which she’d described as a “Mexican sushi” place. I was familiar with the Dia de los Muertos-esque logo, but had never been down Juniper past Rebecca’s to see it in person, even though Juan Chou is the next door over. 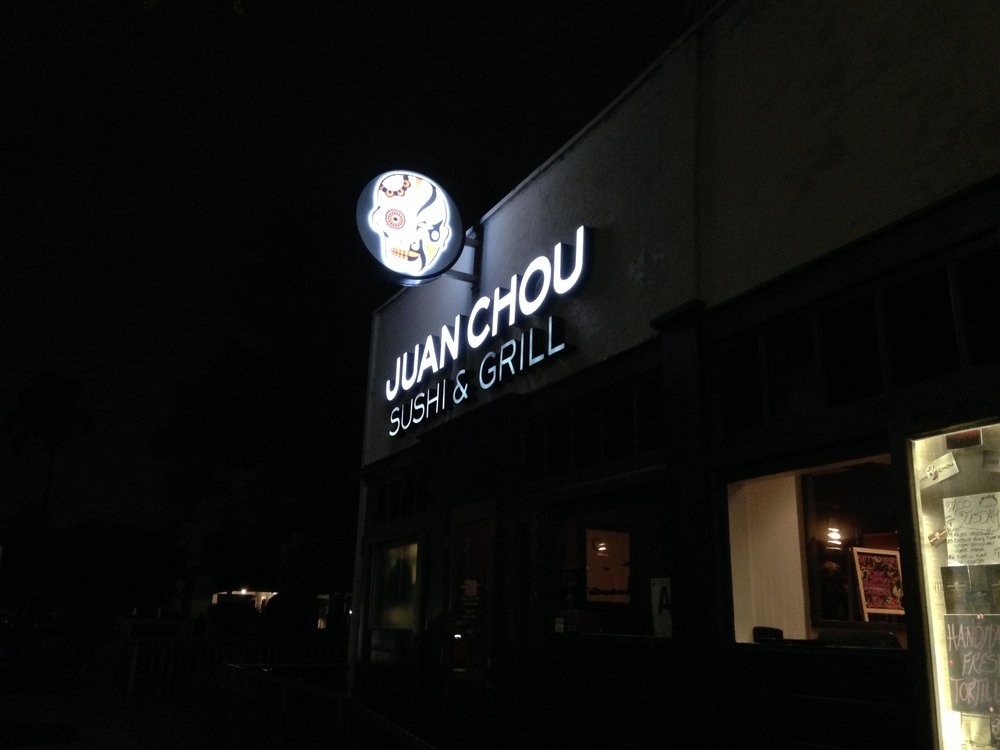 Exterior of Juan Chou at night

Inside, the place looked like a Japanese-style sushi restaurant, complete with a sushi bar in one corner. I had imagined finding nacho-flavored sushi rolls, or some weird fusions, like "albondigas and tuna" sashimi. But instead of Mexican and Japanese ingredients intermingling, the menu seemed to mostly separate the regions' fare. 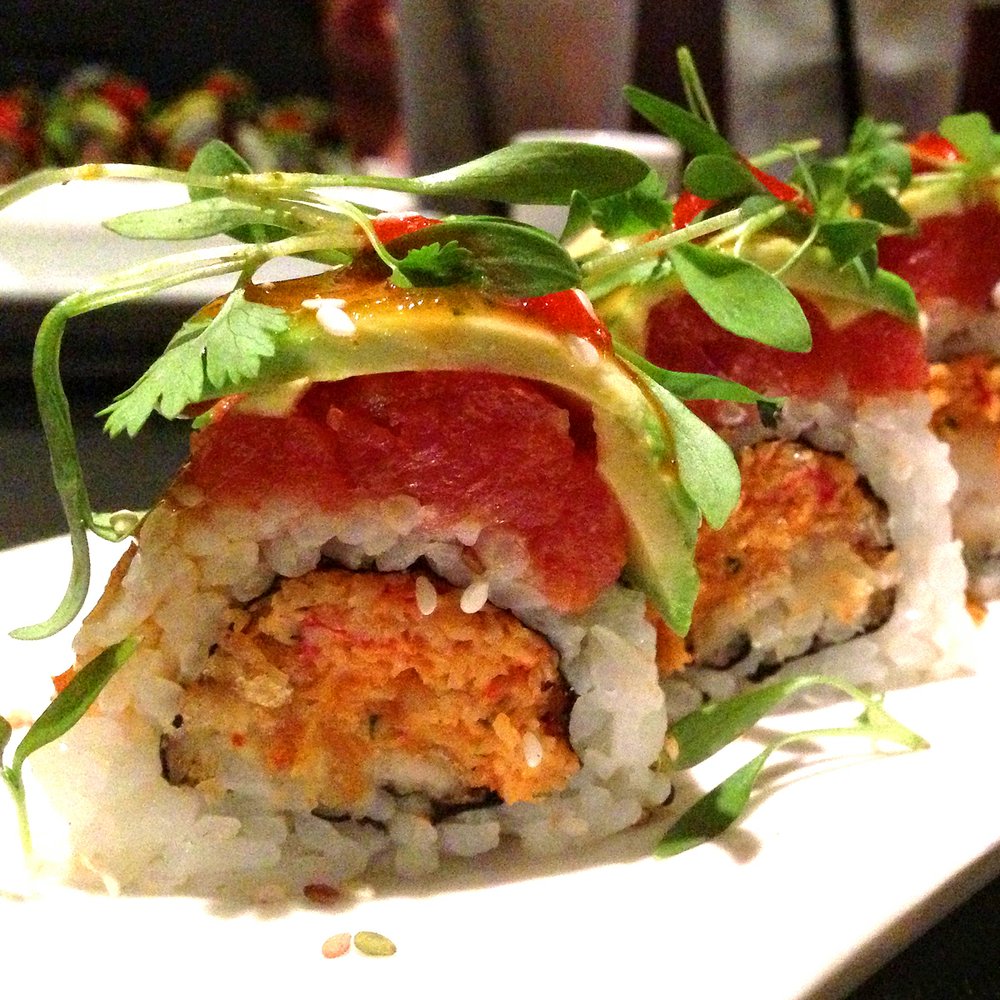 The cuisines were most mixed in the Small Plates section, where you could choose from watermelon tuna (sashimi, watermelon, avocado, jalapeño, cilantro, serrano garlic ponzu) to mini hamachi tostadas (sashimi hamachi, black olive, masago, and again with the jalapeño, cilantro, and avocado). After that, there are the entrees, where you can find most of the Mexican style selections, one Japanese item (the teriyaki bowl), and a few classic American options, such as the New York steak and the pulled pork sliders. 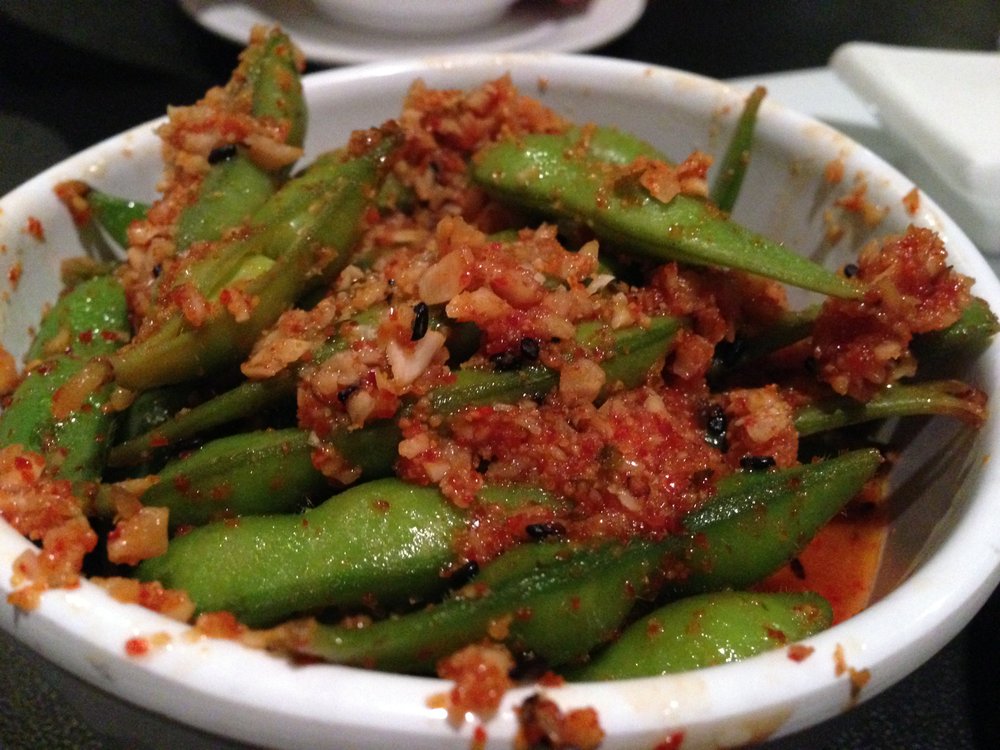 It was fun to see both “chips n’ salsa” and “spicy garlic edamame” on the menu. We began with edamame. David and Mellie ordered craft beers, and I opted for the server’s cocktail suggestion, the “Sake Tai,” like a mai tai, but as with all items, using sake as a substitute for any other liquors. It was okay, nothing mind-blowing, but worth the order for something refreshing and lightly sweet with enough alcohol in it for a pleasant buzz.

I ordered the diablo mini tacos (black tiger shrimp, green onion, chile de arbol, cabbage, jack cheese) and substituted one (for an additional fee) for a carne asada mini taco. The diablo had a great kick, but all the flavor was in the carne asada. I liked the small rice and bean portion, just enough to complement the tacos, rather than the overly generous piles I’m used to seeing elsewhere. 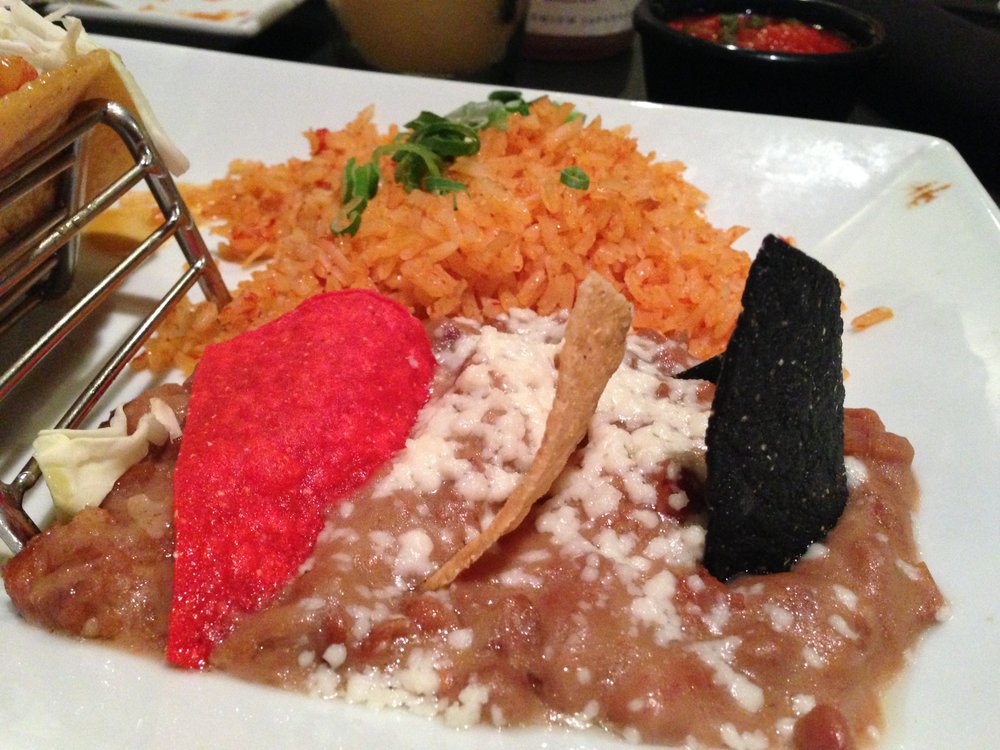 Mellie got a salmon sashimi plate, which was as gorgeous as she said it was tasty. She also ordered the Ocean Roll, with salmon, snow crab, gobo and cucumber, topped with avocado, ruby-red tobiko, green onion, and eel sauce. I didn’t taste this one, but it was absolutely beautiful to behold. 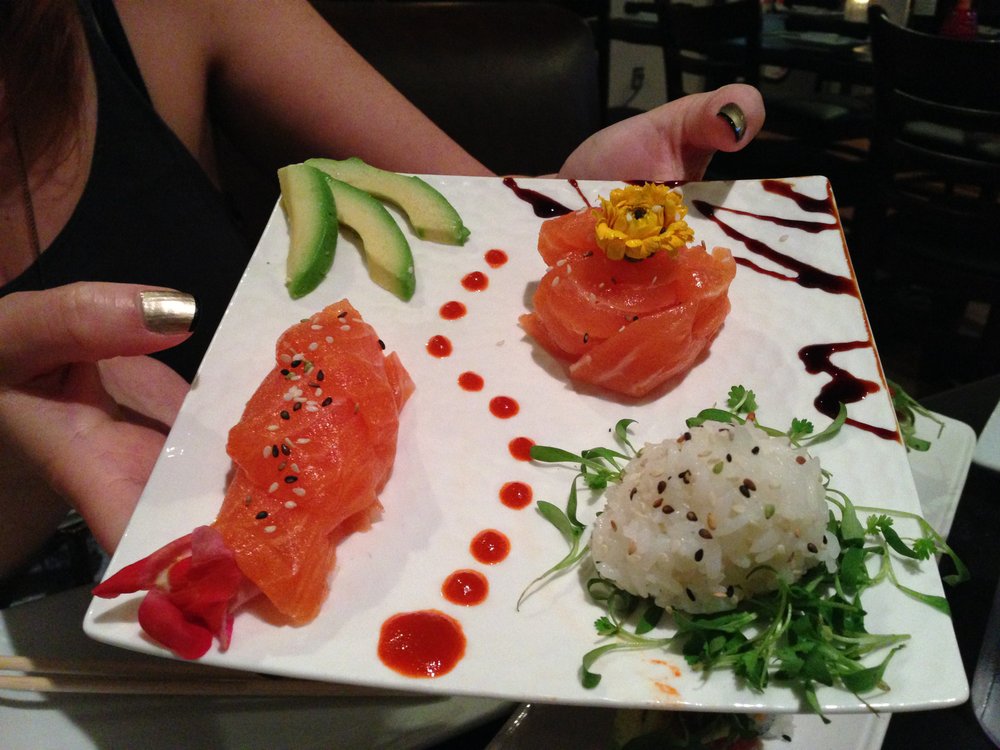 The big hit for the table was a daily special roll called the "Crab-tain Crunch", with shrimp tempura, spicy crab, spicy tuna, soy-ginger sauce, and Sriracha. This thing was so tasty David had to order a second one because Mellie and I had so many bites of the first. 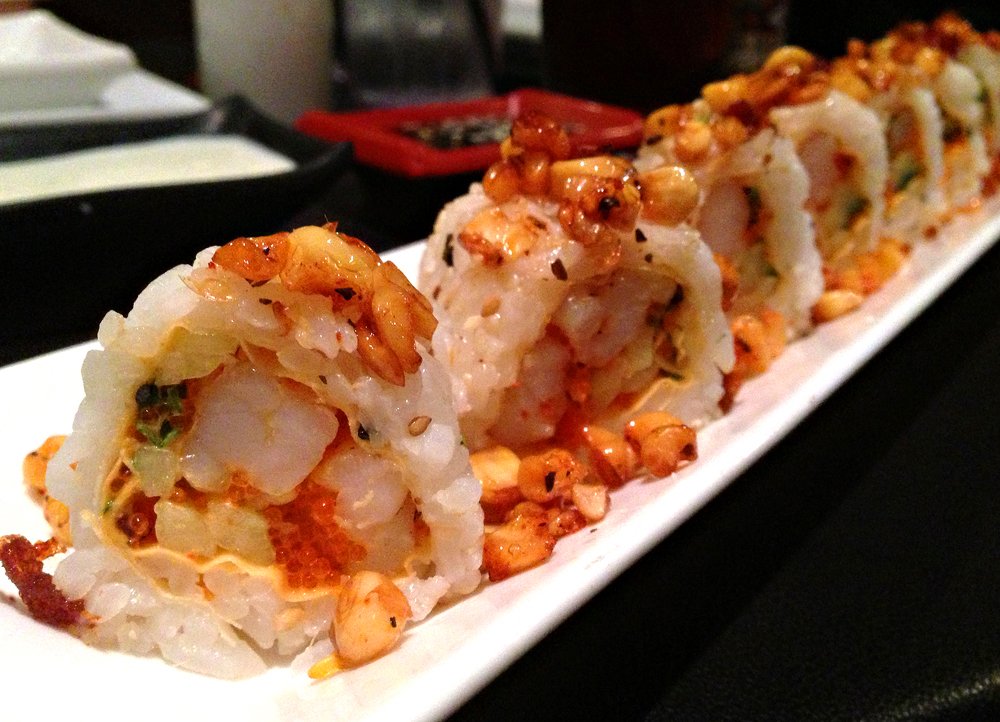 Another delicious daily special item was the "Corn Crunch" roll, with sautéed shrimp, a “hint of truffle,” masago, and green onion, all topped with fried corn, eel sauce, and wasabi tartar sauce (which we asked for on the side). The corn provided an interesting sweetness to the roll. I’d never think to mix corn with sushi, but it worked.

The service was fast and friendly, the space was comfortable and hip, and the fascinating selections on the menu made choosing what to order fun. It helped that the flavors were a solid foundation upon which everything else rested. I'll definitely be back.