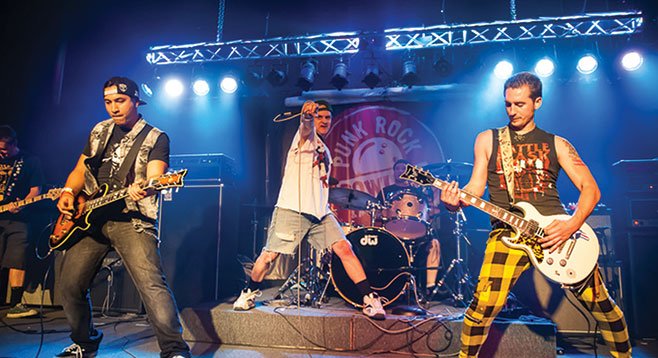 Listen to Barnaby Monk's club and concert picks covering the week of February 20–26, 2014. 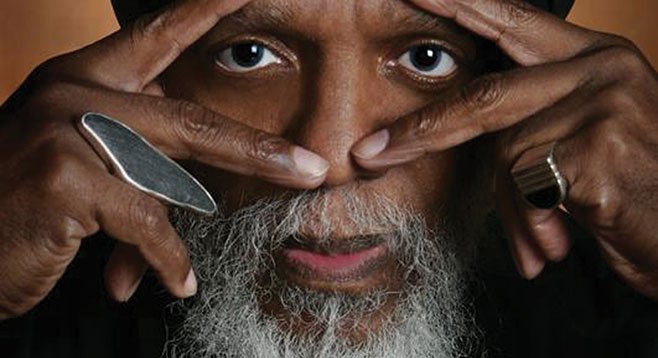 Soul-jazz lion Lonnie Smith wheels his B3 into the Loft at UCSD on Thursday.

Thursday 20
Blue Note buffs, one of the vintage label’s lions of the electric organ, Dr. Lonnie Smith, will wheel his Hammond B3 into the Loft at UCSD. Whereas his soul-jazz forebear Jimmy Smith’s greazy riffs are aimed at your hips, the Doctor’s a head-space specialist, dealing diamond-cut grooves and playful vamps that levitate you and bat you around a room like a beach ball. Though I’m partial to his sides with Lou Donaldson, Lonnie Smith’s compositions are a trilling treat. Check out classic Smith track “Keep Talkin,’” and then have a slice of his “Psychedelic Pi” off of last year’s best-of set, In the Beginning. Oh, and don’t let the turban and chin-wig throw you, as the dude isn’t Sikh, just freaky chic.... Around town Thursday night: Hard Rock Hotel’s club 207 is serving a smorgasbord of electronic pop, featuring L.A.’s sly-fi trio Sir Sly headlining sets by electro-disco divas Gavin Turek and Okapi Sun, while DJs Gabe Vega and Adam Salter spin ’round sets...Seattle’s electro-soul duo Fly Moon Royalty’s at Bar Pink, playing Dave Good’s Of Notable show this week, so flip or click there for more on them...pop-rock classicist and frequent Reader contributor Bart Mendoza’s True Stories will tell it like it is at Tin Can Ale House after Adam Marsland (ex-Cockeyed Ghost) and the Llamadors...from Jackson, M-i-s-s-i-s-s-i-p-p-i, Southern-rock quintet the Weeks are touring in support of their latest, Dear Bo Jackson, and will split a bill at the Griffin with Nashville newbies Ranch Ghost...while Hillcrest Hideaway the Merrow pours a flight of loud ’n’ proud locals of the stoner-rock varietal Amigo, Chiefs, and Old Man Wizard. 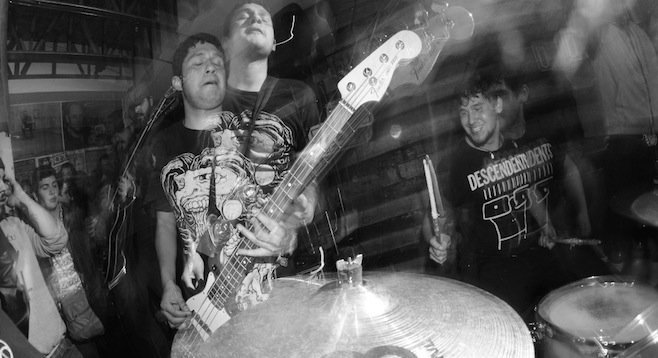 Friday 21
Up in the Heights Friday night: a fine trio of local Americana acts — River City, John Meeks, and Manuok — take the stage at Soda Bar. I just watched a sweet little animated vid of River City’s rustic clunker “Into the Wooded Forest Cave.” Well worth the five minutes if you have ’em to spare.... If you’re looking for something a little more high-octane, Kodiak, DFMK, Pissed Regardless, and I Trust You to Kill Me will fill a hardcore bill at Til-Two. Was just digging on TJ band DFMK’s soul-fired ’70s punk riffage en español. Check out “La Mentira” (“Twisted Lies”) on the interwebs, but don’t bother with the free download button. That shit’s a rabbit hole to nowhere. I must have signed up for 50 f!!ing mailing lists and didn’t get one song to show for it. Los errores son lecciones aprendidas.... Else: Scandi-pop chanteuse Ane Brun plays Casbah with her frequent collaborator, the “fantasy cello pop” artist Linnea Olson. Ms. Olson’s debut disc, Ah!, is now in the bins...SanDago’s alt-rock party band Sprung Monkey swings into the Griffin. The Monkey came back hard after a decade of no new music with last year’s Dead Is Dead...and speaking of swinging, them Left Coast masters of that musical craft, Big Bad Voodoo Daddy, will scoot them zoots into the Ramona Mainstage for a brassy jumped-up hoedown. 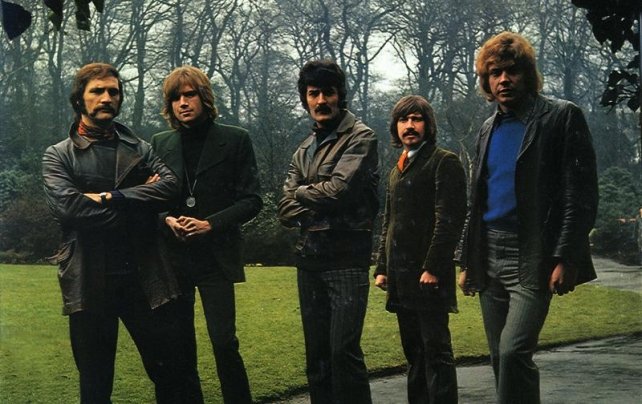 Saturday 22
Midway punk club the Shakedown’s about to take down Sports Arena area with a four-band pile-up, as L.A. first-wave punks Angry Samoans headline sets by our own Homeless Sexuals, Burning Ritual, and the DevFits (Rob Crow’s Devo-meets-Misfits mashup). The Samoans are still fronted by rock writer “Metal” Mike Saunders (attributed with coining the phrase “heavy metal”), while original drummer Bill Vockeroth still keeps the band up to speed. Their Back from Samoa is an essential hardcore set that critic Robert Christgau called “the most offensive record I’ve ever liked.” Yup.... From somewhere on the other side of the musical spectrum, Montalban Quintet lays down their intoxicating jazz-rock concoction at Bar Pink on Saturday. In case you don’t know ’em, let’s rectify that right now. The quintet comprises some of San Diego’s finest, “featuring members from Pinback, No Knife, Sleeping People, the Jade Shader, Tanner, and others” airing out “post-punk, minimalism, jazz, ’50s schmaltz, field recordings, and new western art music”.... Else: alt-country singer-songers Langhorne Slim and Amos Lee split a bill at the gussied up Balboa Theatre downtown...Up at the U, you got a Soda Bar–curated show at the Ché Café featuring hardcore hits Rotting Out, No Bragging Rights, Heart to Heart, and the Beautiful Ones...while across campus at Porter’s Pub, Huey Mack and D. Why bring a two-pronged rap attack to La Jolla’s hip-hop hangout.