Eating with a Southern California accent

Deep-fried tomatoes get their due 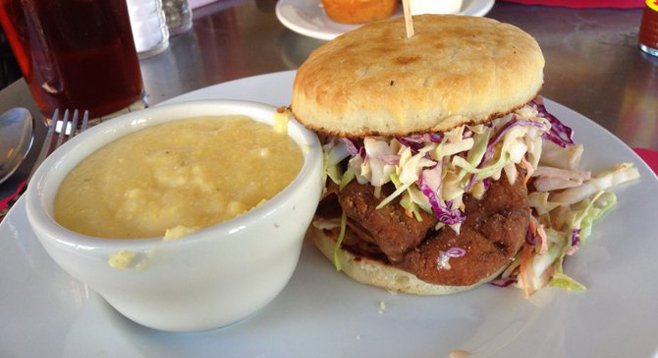 Americans tend to be sentimental about Southern food whether or not they've ever lived below the Mason-Dixon. It seems to be linked to some sort of nostalgic national identity, to the point that poor-quality biscuits, beans and even collard greens can be taken as a personal affront.

So when you hear about a new Southern kitchen spot downtown, you've gotta roll right on down with your waggin' finger at the ready. 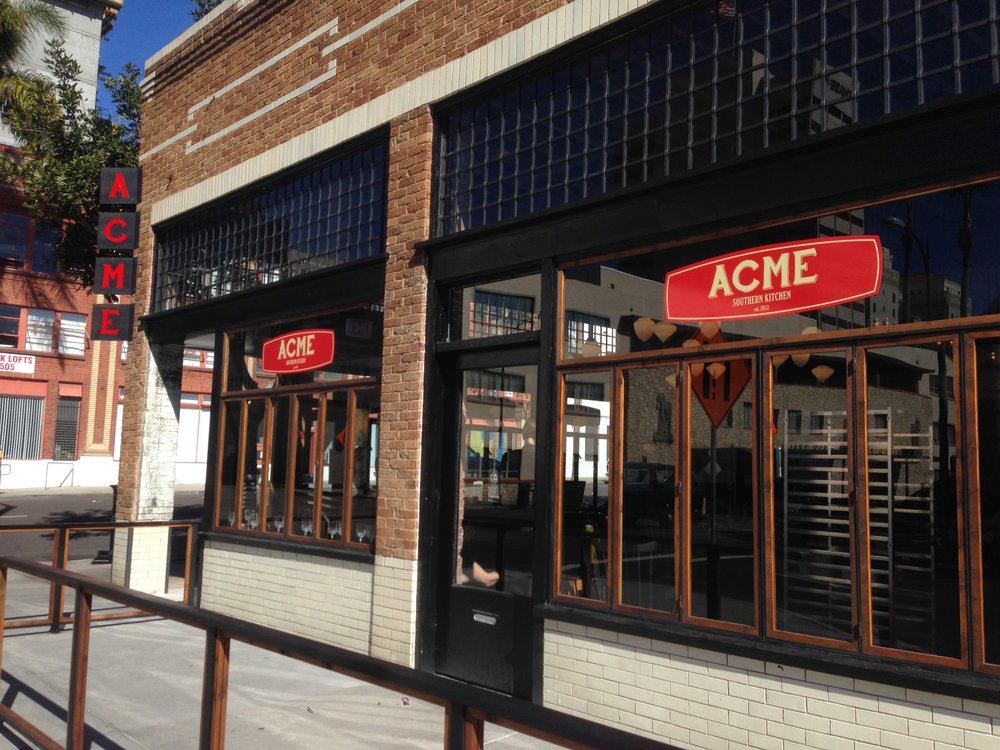 All skepticism aside, Acme Southern Kitchen won me over with fried green tomatoes. The seasoned, breaded, and deep-fried slices manage to be crunchy and juicy, both savory and refreshing.

The appetizer's served with what they call a "comeback sauce," as in "you'll wanna come back for the sauce." Typically this sort of Southern "secret recipe" condiment mixes mayo with some spice; here at Acme, all they would divulge is that pimentos may be involved.

I also tried some deviled eggs, which tasted fine, as they should. I'm loathe to imagine what kind of place could screw them up.

I tried a bit of corn muffin, served with whipped butter and jalapeño honey, and washed it down with some sweet tea. Without even making it past the starting plates I was feeling Southern comfortable. 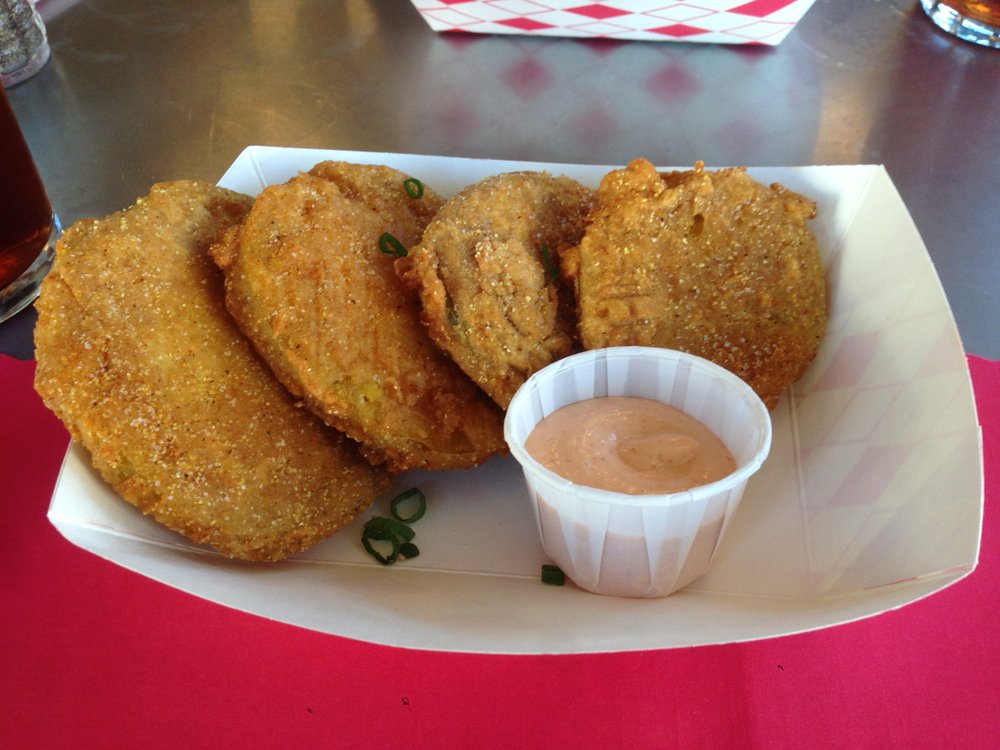 The restaurant space is quite tastefully assembled, with tons of natural light, exposed brick, rooster wallpaper, and high beam ceilings. The high-backed country chairs might do well as rockers. Service was prompt and engaging, and though my waitress never tried to affect any Southern speech, I did find myself needlessly dragging out syllables and droppin' G's.

As much as I'd already eaten, I was still rarin' to go when my slaw-topped fried chicken and biscuit sandwich arrived. If the meal had one misstep, it would be the chicken, acculturated as I am to sneer at fried chicken served in a nice sit down restaurant. It held up well enough though, especially squeezed between light and tasty biscuit halves, with a side of cheesy grits.

It certainly wouldn't stop me from ordering chicken and waffles next time. Acme might not be the pinnacle of Southern cooking, but it handles comfort food well without letting you feel too heavy. If there's any lingering disappointment here, it's that they're not currently open for breakfast.