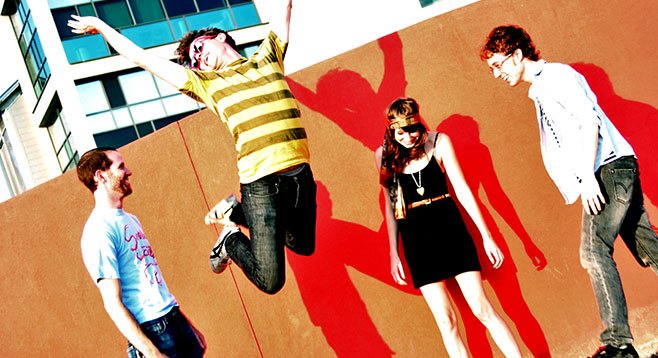 Listen to Barnaby Monk's club and concert picks covering the week of February 13–19, 2014. 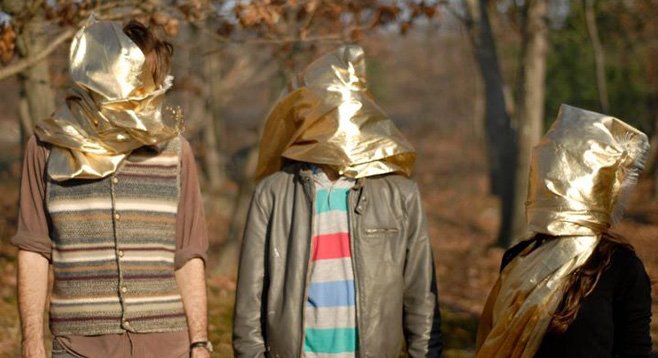 Sunday 16
For fans of the hippy-dippy brand, Boston band Quilt has a new record out on the flavor-of-the-day Mexican Summer label. It’s called Held in Splendor and is getting all kinds of press juice for its ’60s-infused psych-folk ditties. I hear enough Byrds-wrangled jangle and Mamas and Papas harmonies to cause a flower power flashback. Check out standout track “Tired and Buttered,” and then bust out the paisleys and dust off the fringed mocs for their date at Soda Bar on Sunday night.... Not your cup of mushroom tea? That E-lectronic tribal dance party of two Okapi Sun’s at North Park’s U-31...and Deceiver of the Gods! Are you ready to bang your cabeza? Them dueling-guitar Middle Earth metal heads Amon Amanth headline the heaviosity at House of Blues after Skeletonwitch and Enslaved.

Monday 17
House of Blues has New Politics on Monday. The Danish loft-pop trio (they’re livin’ the dream in Williamsburg these days) broke through with last year’s sophomore set A Bad Girl in Harlem. You’d probably recognize lead-single “Harlem” from its steady pop-radio play and this winter’s hit animated flick Frozen. Magic Man and Sleeper Agent open the show.... Otherwise: she-punk Aussie (and wife of QOTSA’s Josh Homme) Brody Dalle of the Distillers/Spinnerette will be at Casbah...while “dirty doo-wop” dudes the Frights play a freebie at Soda Bar with Jacob Turnbloom of Mrs. Magician. 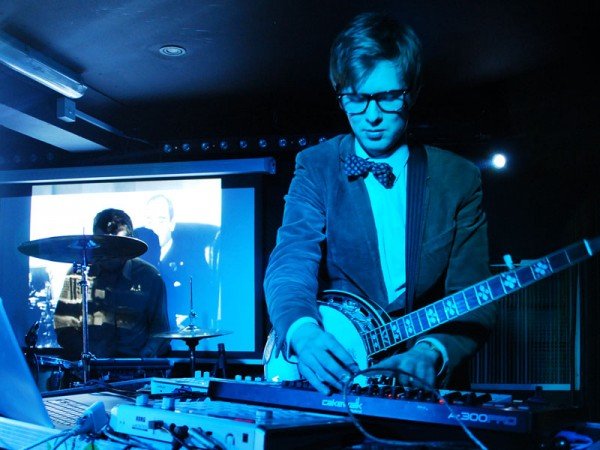 Tuesday 18
British art-pop performers Public Service Broadcasting (their mums call them Willgoose and Wrigglesworth) plug in at Casbah. The duo samples PSAs and newsclips into their electronic-and-trad-rock sonic assault on your conscience. Check out “Signal 30” off of their latest, Inform-Educate-Entertain. Like-minded Los Angelinos Kiev up first.... “The Yev is rock. The Yev is loud.” The Yev is down from Seattle to deliver their new EP CD Patient(s) Zero to Tin Can Ale House...from Chicago, “real trash” rock-roll act ¡Vamos! takes the Tower Bar behind their brand-new deal Midwaste...while chamber-pop big band Mother Falcon flies into Soda for their Tuesday-night res. Taken by Canadians set them up this week.

Wednesday 19
I’m out of room, aren’t I? A’ight, real quik-like: “So High” fuzz-rock Austinites Ringo Deathstarr are at Soda Bar behind this year’s interweb-only God’s Dream release. Purple, Buddy Banter, and Killer Hz up first.... Best of the rest humpnight: Illuminauts, Shiva Trash, and Idyll Wild fill a choloponk bill at U-31...soul bruvah Stevie and his Hi-Stax will be right around the bend funking up Bar Pink...and from Malaysia, singer-songwriter Yuna’s at Casbah. The international hit describes her music as “a cross between Mary Poppins and Cold Play,” as if there’s a difference. An R&B crooner with strings, the classical violinist and swanky sanger Marques Toliver, will open the show.

Mr Monk's pod cast each week in "The Reader", of what bands are playing at local clubs includes info about the bands and even samples of their music. All done in a smooth and entertaining style, a bit retro, that reminded me of listening to the FM disc jockeys in San Francisco and LA during the birth of the 60s and 70s counter culture, when freestyle FM radio jocks ruled the music airwaves.