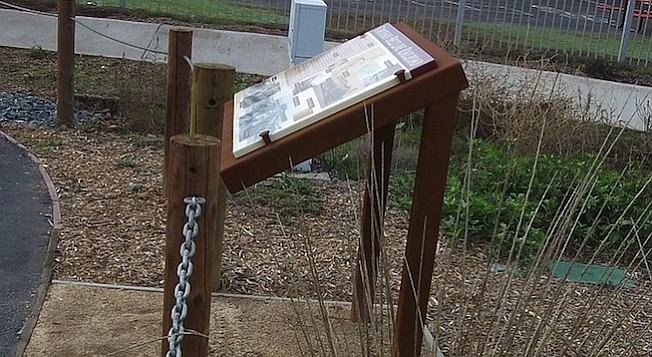 At a recent City Council Meeting, Councilman Spriggs asked that three items be pulled from the consent agenda. Normally consent agenda items are voted on Aye or Nay with no discussion. The items that were pulled were discussed at the very end of the meeting. One of the items Councilman Spriggs questioned was a $10,000 payment for a single sign. He wanted to know how one sign could cost $10,000.

Mr. Spriggs was told that it was a commemorative sign for the Coronado Beltline Railroad that once circumvented San Diego Bay and passed through Imperial Beach. Spriggs said that he didn’t know we had a railroad. The sign was part of a lawsuit settlement for destroying part of the railroad right-of-way that had been deemed historic. This writer along with several other railroad groups and historical groups pursued the Historic Registry to try to preserve the right-of-way for future use. I always felt that to bury the rail line was to bury not just Imperial Beach’s past, but also its future. When SANDAG buried the segment from the Salt Works to 13th Street, in spite of the historic status, local historical group SOHO (Save Our Heritage Foundation) filed a lawsuit against SANDAG/MTS. As part of the settlement when SANDAG lost the lawsuit, they were forced to pay a monetary fine for defying the historical status and were required to place commemorative signage to remind people what once existed before the burial of the historic railway. Diane Rose, Greg Wade, and Supervisor Cox, along with others on their team, fought historical registry at both the state and local levels by claiming that the railroad was not historic; they lost that fight, but buried the railroad anyway.

After years of research into the history of the railroad and railroad laws, I had proposed revitalization of the rail line as far south and west as 7th Street and the bayfront, and I proposed a short extension of the rail from 7th and the bayfront to the beach, in line with Carnation Street and the common survey line that separates Coronado from Imperial Beach. Those studies were done in 1999 with myself, the late Arnold Hunsberger, and the late Walter Trook — partners of mine in the railroad project. We had proposed the extension of the rail line to the beach to bring real tourists and commuters within walking distance of the beach and Seacoast Drive without impacting parking or traffic.

Most of the objections to revitalization of the rail line came from Supervisor Cox because of the Bay Shore Bikeway Project.” I met with Cox in 2000 with my legal council and tried to explain to him that the bike trail and the rail line could co-exist in the right-of-way. Cox told me: “I’m going to bury your little railroad under asphalt and there was nothing you can do about it.”

So can anyone tell me why Mr. Cox would be so very aggressive and hostile over this?

I agree with the writer, both projects could well have existed, and even complemented each other.

We have had some strange goings on with various planning groups and our representation. Wish I could figure out why

Power and money Follow the money and you will find the power.

The bike path is the pet project of Supervisor Cox!

Thankfully, there is now some turn-over in the BoS thanks to term limits.