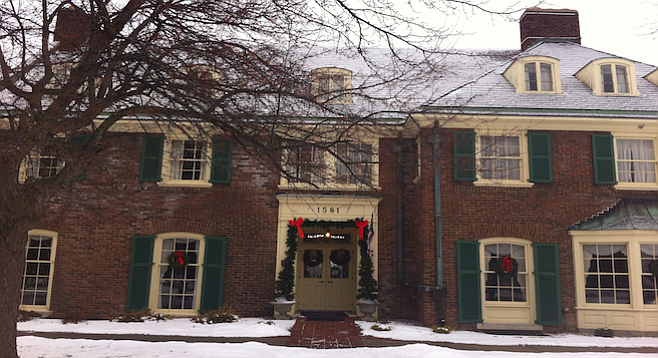 Most people only know the town of Saginaw, Michigan, from the song made popular in the 1960s by country singer Lefty Frizzel. Some hipsters might know another song, “If I Ever Get to Saginaw” by The Monkees.

But Saginaw is right there on the 1912 Ellis Island records: the ultimate destination for my great-grandparents and their children – including my grandfather – being the already established home of my great-great grandfather, living at 117 Ward Street. Because I’m too cheap to order an extended Ancestry.com membership, I have no idea why a middle-aged man brought his family from the Ukraine to this smaller Midwestern town.

While visiting other Michigan places, I made sure I stopped in Saginaw. 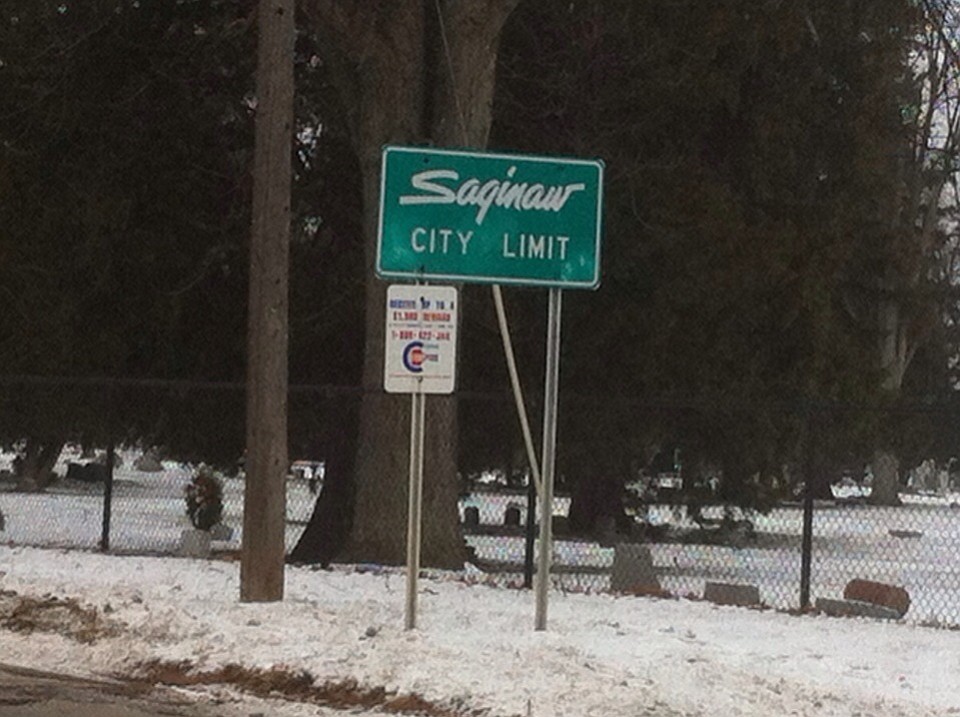 Saginaw has seen many of the same hardships as nearby Detroit – only much more so. 117 Ward Street doesn’t even exist anymore; it’s one of those “green spaces” you see in Detroit that are really a euphemism for abandoned, leveled lot. The neighborhood has changed dramatically in 100 years. The mother chapter of the Soul Survivors MC is around the corner.

I went in search of my great-great grandfather’s grave. I knew from a website that he was interred at “Saginaw Hebrew Cemetery”. I figured out that it was on the wide main drag in town, Washington Street, but couldn’t find an exact address. Sadly, the only synagogue in town closed down years ago. I called the local tourism people, the mayor’s office, the Department of Public Works, the library, synagogues in outlying areas. I narrowed where the cemetery could be, but needed to pin it down. It was freezing and snow-covered out. 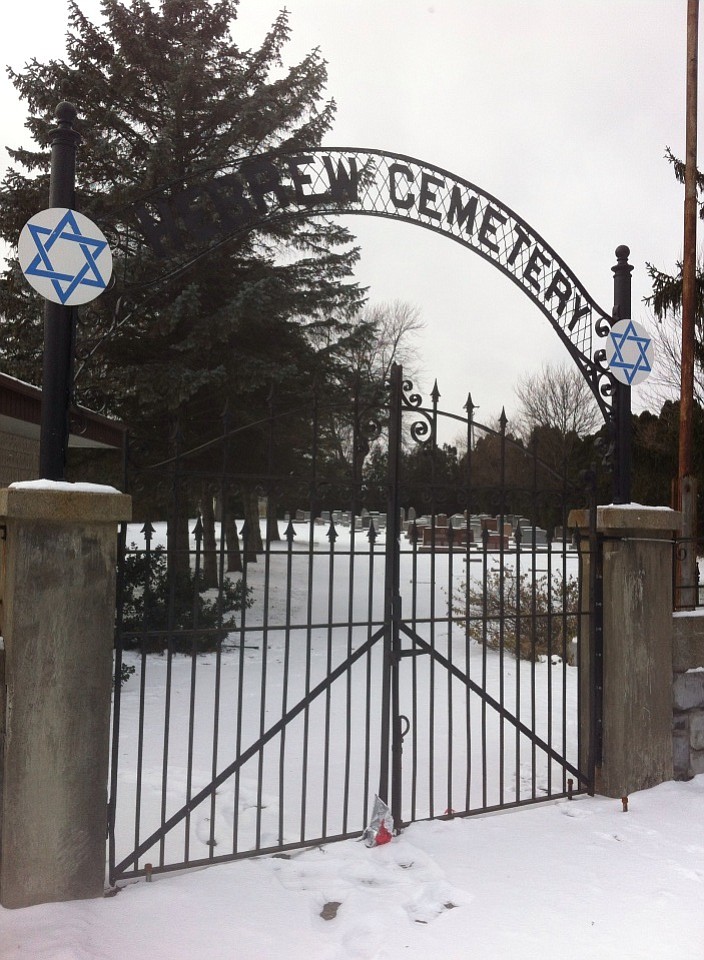 I went to the main cemetery for Saginaw and spoke to someone who claimed she didn’t know the address for Hebrew Cemetery. A person who was on the other end of her cell phone heard the discussion and said it was across the street. I glanced across the street, across from the city limits sign – Hebrew Cemetery gates clear as day – and back at the woman who worked right there and said she didn’t know where it was. Fuming, I trudged through the snow to pay my respects to Abraham Barshetsky. 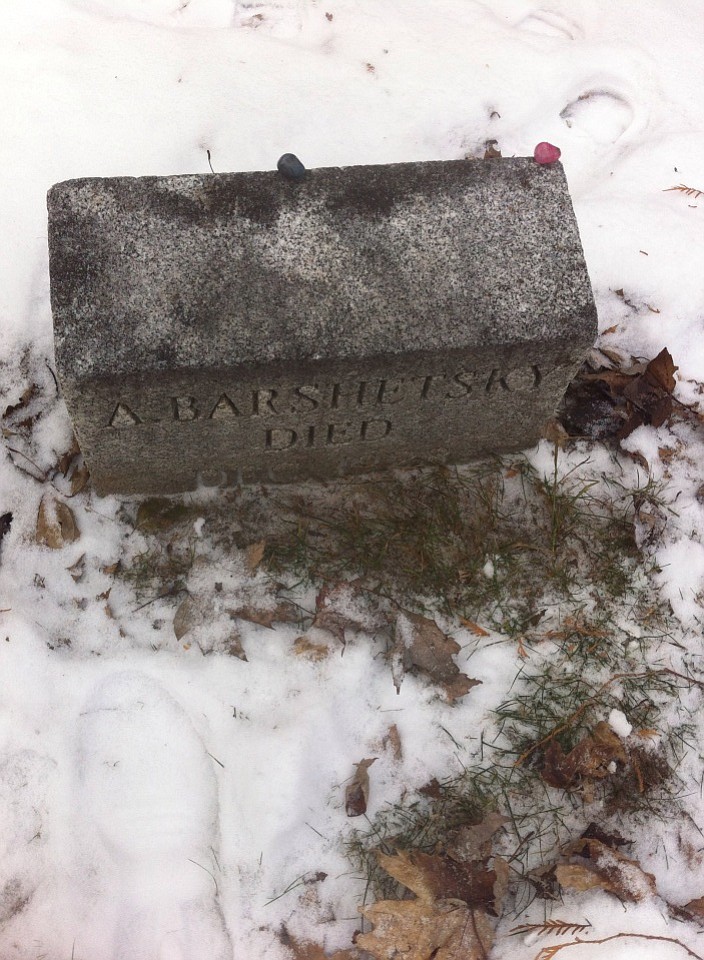 It’s a tiny cemetery, with only a few dozen graves. Of course, his tombstone was almost all the way in the back. I had prepared for the occasion and brought along an old washrag to wipe off his grave. My fingers froze before I could get all of the snow completely from the engraving, but I left a couple of polished rocks on the tombstone in the Jewish tradition. He died in 1928; it’s quite possible that nobody had visited his grave since a year after that – 1929 – when Jewish tradition allows the erection of a headstone. The rest of my family isn’t into genealogy. I said a sad goodbye to Abraham, not knowing if anyone would ever visit him again.

I don’t know much about him, other than he was a peddler, he owned his own home and he tried to help my grandfather the best he could when he attended the University of Michigan and the University of Michigan School of Medicine. My grandfather appreciated him. He had a wife and daughter die in California during the influenza epidemic of 1918. Several grandchildren died of various health problems during his lifetime. Another daughter – my great-grandmother – was disappointed that America’s streets weren’t paved with gold and resented that she didn’t have servants as she did in the Ukraine. She sunk into a depression from which she never recovered. Abraham was 67 when he died, in a family that lives into their early 100s.

I wanted to know what’s in the city of Saginaw itself. As it turns out, not much. There’s a Japanese cultural center, tea house and gardens that’s said to be very authentic, but it was closed for the season. 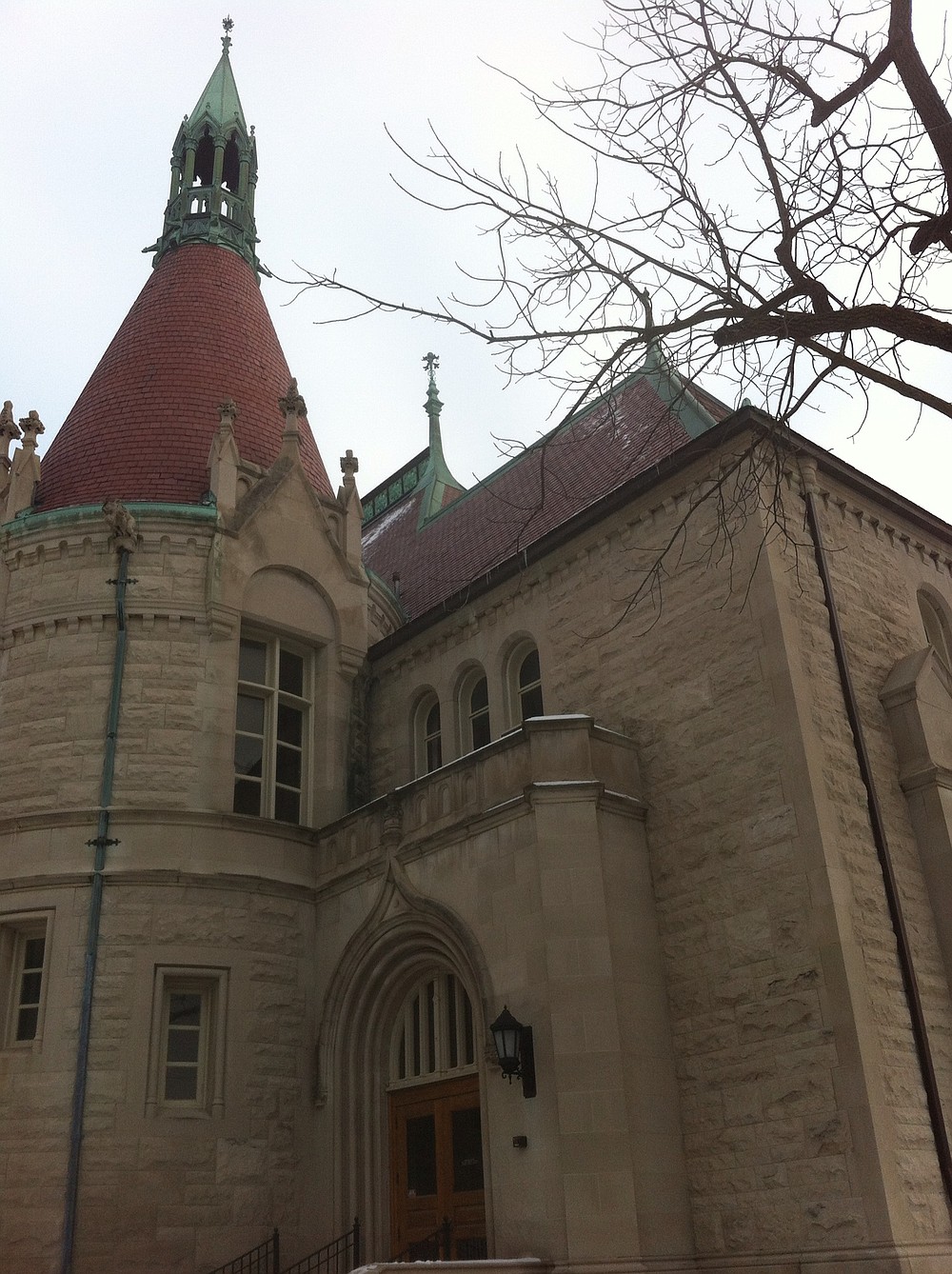 A real treasure – shockingly said to be in danger of being torn down by the “new is better” crowd – is the Castle Museum. Housed in Saginaw’s gorgeous original post office, dedicated in 1898, it’s now the historic museum for the city. It has several floors of interesting exhibits and admission is free! There’s an original peddler’s cart, reminding me of how Abraham hustled to make a living. I learned about the lumber boom in Saginaw, as well as its import as a munitions center during WWII. At one point, General Motors had some outlying plants there, making parts. Modart, a famous corset company, was based in Saginaw. 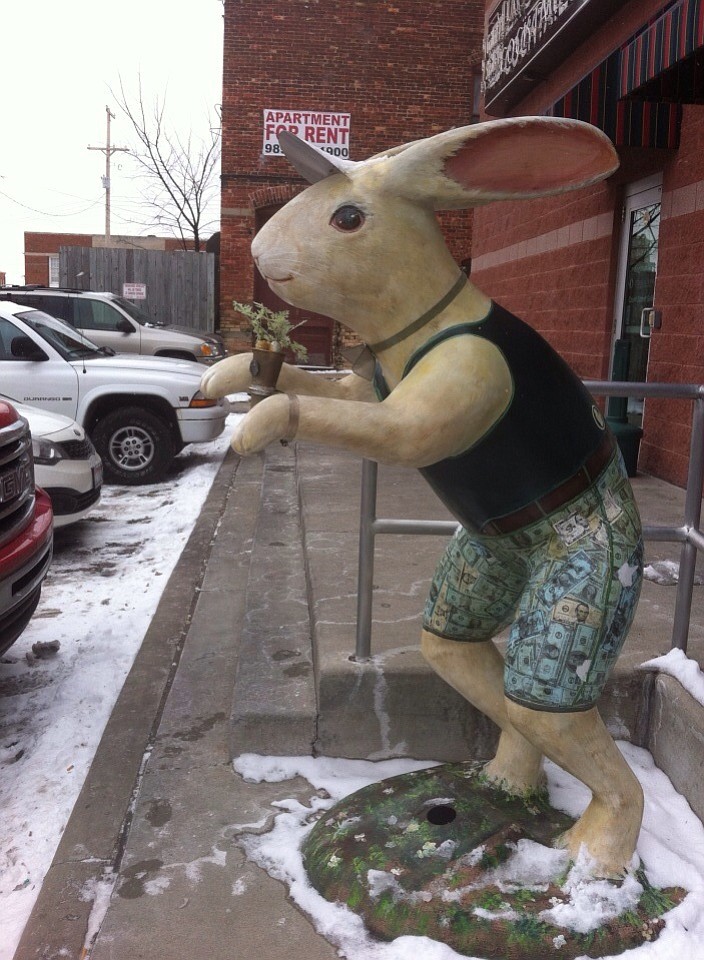 Rabbit in front of store, Saginaw.

For it being so near to major manufacturing centers, it’s odd to think of Saginaw being on the cusp of a real rural community...but it’s true: there’s a Cabela’s Outpost in town.

For something good to eat, everyone heads out about 20 minutes to Michigan’s “Little Bavaria,” Frankenmuth. The whole town is decorated in a Bavarian style, even the post office. Zehnder’s and another family-run restaurant, Bavarian Inn, have been in business in one form or another since 1856, serving their famous and delicious all-you-can-eat chicken dinners. Their fruit bread and Michigan beet sugar-sweetened root beer are both addictive! Even the carb conscious will be overcome with temptation.

Heading to and from the cemetery, I spied a breathtaking property all decorated for the holidays, The Montague Inn. I decided to stay there. Even with the town’s “Millionaire’s Row” nearby, the Inn stands out. It was built in 1929, at the height of the Depression, complete with five-car garage. There are rooms with gas fireplaces and other elegant amenities. It sits on two acres with Lake Linton – a part of the Saginaw River – bordering the property.

Like a brat, I imagined my sulking great-grandmother glaring at the home when it was built...and now I was sprawling on one of its beds! Life is for living, I decided long ago.

Wow Tamar, great article. Thanks for the work it took to bring it to us. While visiting my in-laws in Northern MI, I found old cemeteries with graves from Revolutionary War vets. Amazing. And its funny, yesterday, just driving around Escondido, I took my 16 year old to his great-grandfather's grave, and wondered too, have I been the only one, since I found it 20 years ago, to visit? It blew him away to be related to someone that was born in 1876. It blew me away that I ended up with the deed to one of the unused family plots, handed down by my grandfather I never knew. But as you say, "Life is for living."

My wife says I would love Frankenmuth. But we typically try to avoid the whole Detroit Metro, rust belt area when we travel to MI, which is a beautiful state once one crosses the Bay City bridge.