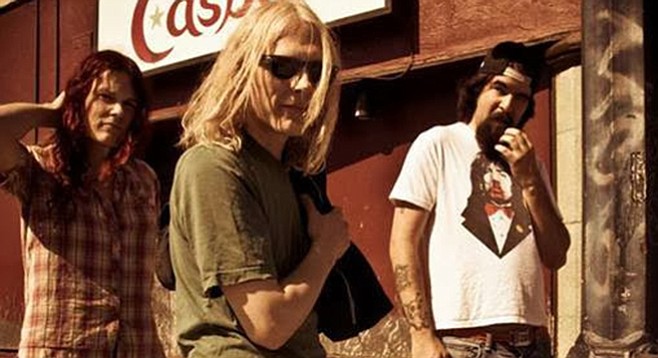 Privatized Air will debut their full-length Refill on Thursday, December 11, at the Merrow in Hillcrest. “The release party will be with a couple of local bands, Hocus and the Focke Wolves, and a new band who just got here from Puerto Rico called Broken Lips,” says guitarist Jonny Que.

A new box set from UK label Cherry Red, Millions Like Us: The Story of the Mod Revival, includes “Nothing You Can Do” from local ’80s mod-men Manual Scan (with members of the still-extant Shambles). The December 18 release party at the Casbah will feature a full Scan reunion (Bart Mendoza, Kevin Donaker-Ring, David Fleminger, Tim Blankenship, Jarrod Lucas), as well as the reunion of like-minded locals NE1 and a set from the Bassics in the Atari Lounge.

Acoustic duo Berkley Hart will stage their annual Christmas Monkey show on December 18 at the Vision Center for Spiritual Living in Grantville, where they’ll debut their new Berkley Hart Christmas CD. The ten tracks include several holiday staples as well as offbeat selections such as “Christmas in the Ashram” and “Christmas for Cowboys.”