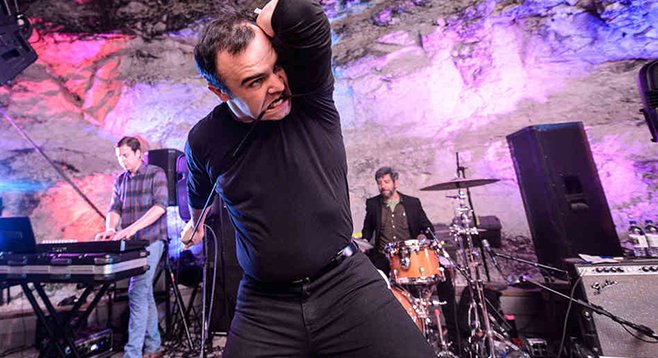 Thursday 21
The Big Rock Show this week rolls into Sleep Train Amphitheatre, where alt-rock icons Nine Inch Nails and Soundgarden will split an ear-ringing bill in the Chula Vista hills. Both bands — in or around their 30th year of off-and-on recording and touring — have been nominated for, and won, their share of Grammys. Both veteran acts also have new(ish) material in the bins: NIN’s 2013 release Hesitation Marks was a Grammy nominee for Best Hard Rock record and landed on several critics’ top-ten lists, while Soundgarden’s 2012 beast, King Animal, proved to be that rare encounter in current mainstream — a throwback grunge-metal growler only these four Seattle cats could conjure. If you’ve never been to a Soundgarden gig, wtfaywf?! Plenty of great seats left in the $30–$40 range.... Electronic dance-pop singer/songwriter Tom Krell calls his act How to Dress Well. Critics call it PBR&B, which is a hipsterism for PBR-meets-R&B — Pabst Blue Ribbon apparently being the big can to be seen holding at shows like this. How to Dress Well is touring in support of his well-received “confessional record” What Is This Heart? The tastemakers at Pitchfork scored it a Best New Music 8.8, calling it a “modern masterpiece,” for the luva gawd. I threw some against the wall on the podcast to see if it would stick. Go give it a listen and let me know what you think. How to Dress Well will split a bill at Casbah with Brooklyn’s “post-world party-music”-makers Many Mansions.... Best of the rest: garage-rocking bands Gloomsday, Cardielles, and Some Kind of Lizard (Tijuana) take the Tower...Floor Notes, City Mouse, and International Dipshit punk Bar Pink...the multifaceted MC Moby will jack in at Fluxx for a night of techno-dance jams in the Gaslamp...and San Diego son Jason Mraz drags his world-weary bones home for three(!?) nights at the Civic Theatre downtown. The coffeehouse crooner’s touring in support of Yes!, his new Billboard bomb, which debuted at (appropriately enough) number 2. 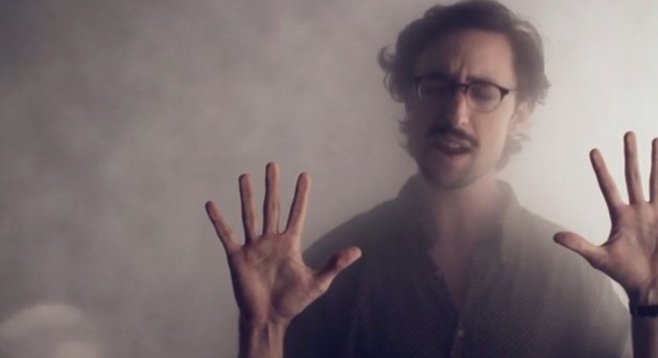 Tom Krell's How to Dress Well serves up PBR&B at Casbah Thursday night.

Friday 22
Baltimore band Future Islands bounces between hushed emo and aggro synthpop on their 4AD disc Singles, the band’s fourth and most-controlled (I guess) collection yet. Give a listen to a clip from lead single “Seasons” on this week’s pod. Rock writers clawing for what to call Future Islands’ wide-swinging pendulum seem to have settled on “industrial new wave.” Sounds about right. According to tour reports, the trio’s live set will kill the room at the Irenic Friday night after Canadian rocker Dan Boeckner’s (Wolf Parade, Handsome Furs) synth-n-bass dance band Operators.... From New Orleans-via-Tampa Bay, singer/songer Benjamin Booker will deliver the “raw brand of blues/boogie/soul” (Chicago Tribune) of his s/t ATO debut to Soda Bar after our own one-man blues band Low Volts and funk-punk duo Badabing.... Else: San Diego supergroup Midnight Rivals (Lucy’s, Rocket, Louis) roll into Whistle Stop behind Behind the Wagon.... Grim Imperials, the Singles (L.A.), and Mittens fill an indie-eclectic bill in Bankers Hill at the Tin Can...while Nawlins brass acts Trombone Shorty and Galactic bring the funk ’n’ roll to Humphreys by the Bay. 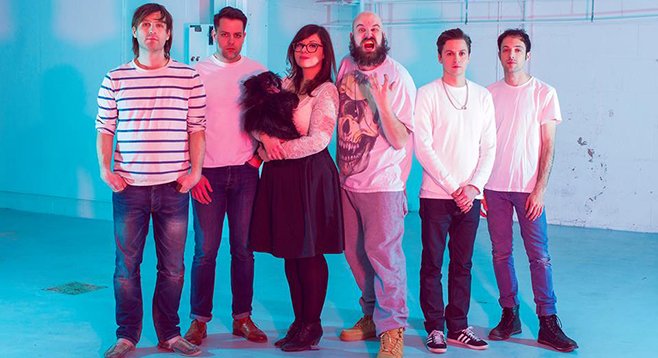 Polaris Prize–winning Canada band Fucked Up bring their brand of art-punk to Casbah on Saturday.

Saturday 23
Canada art-punk band Fucked Up headlines sets at Casbah by like-minded locals Ghetto Blaster and Long Beach surf-rock trio Tijuana Panthers for what should be the gig to see this weekend. With this year’s Glass Boys, Fucked Up continues its calling to “rage within the machine,” a metacritical boiler courtesy of Damian Abraham’s verbosity and the band’s classic-rock and hardcore chops. Rock writer Ian Cohen calls them “a hardcore-derived version of the Hold Steady.” Could be. Glass Boys is Fucked Up’s easiest (Hold Steadiest?) inroad; Chemistry of Common Life remains their peak.... Doug Martsch is one of my all-time favorite alt-rock guitarists, and his band Built to Spill, which pours into the Irenic after Warm Hair and Slam Dunk Saturday night, remains one of the genre’s touchstones for their heavy, catchy hooks and Martsch’s pure poet’s-pen imagery. They’ve got nothing new to shill, so enjoy the classics and stay for the covers.... Miss the door at either of those go-to shows, Soda Bar sets up outlaw honky-tonkers Whitey Morgan & the 78’s with our own Uglie Boogie...alt-rocking border bands Radio Silent (Tijuana) and Death By Snoo Snoo (Chula Vista) turn up at the Tin Can...while street-funk big bands B-Side Players and Cumbia Machin take the stage at Belly Up to deliver your RDA of Latin dance jams.