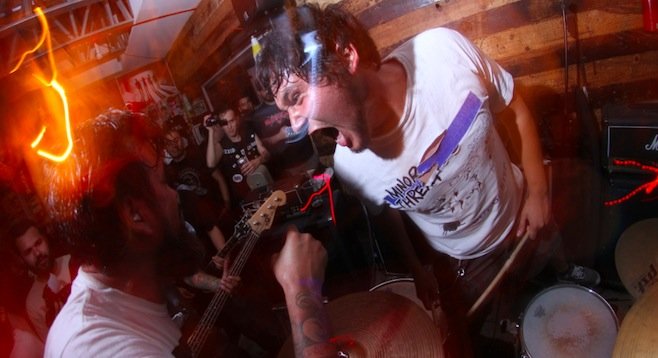 “Someone will die,” posted Carlos Arreguin on his Facebook page minutes before the Carnavalito Peligroso I music festival began at Plaza Fiesta. The singer of the power-violence band Calafia Puta was one of the organizers of the “dangerous carnival.” The other organizers were his bandmates and partner punk band DFMK. The previous summer, DFMK and Calafia Puta went on a tour through Mexico and dubbed it “Verano Peligroso.” After the tour was over, they all got the same souvenir tattoo. This year, they didn't tour the country; instead, they threw a punk festival with 16 bands, including bands from L.A., San Diego, Seattle, Mexicali, Guatemala, Puerto Rico, and Germany. 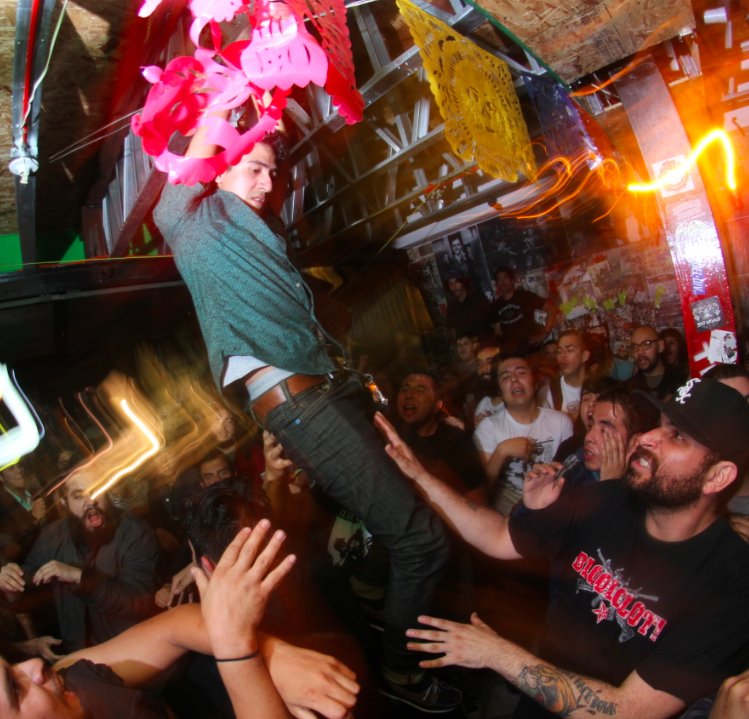 A better view of DFMK?

No one died, but I did get kicked in the face, elbowed in the ribs, shaken like a martini, and bathed in beer and sweat.

The first mosh-pit started at Tigre Bar, host #1, when the Shell Corporation (L.A.) played a cover of the Dead Kennedys. The crowd started slam dancing, which made the merch table move back a couple of inches, but nothing too wild. D-cent Jerks brought the only brass instrument to the festival; a trombone all the way from Puerto Rico got everyone dancing a fast ska-punk.

Impulse (San Diego) were true to the power-violence genre, delivering fast hardcore chops to a packed crowd in venue #2, the bigger 664, which has doubled in size since it opened. Its new room acted as a sauna for the 30+ people jam-packed in there. 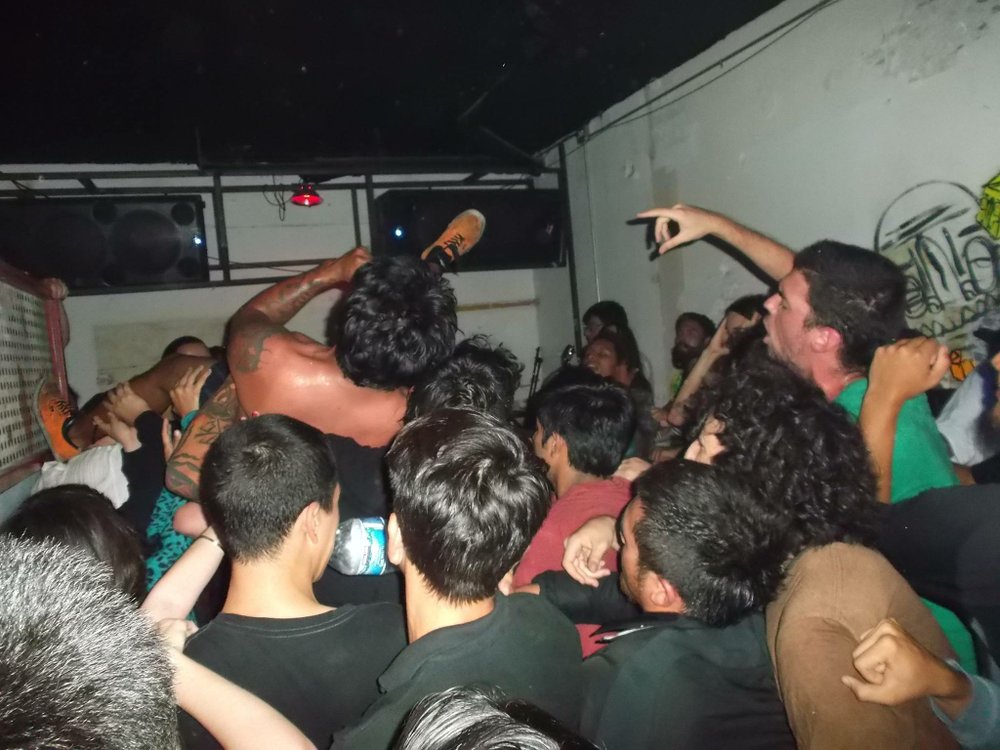 Ringleaders of this carnival of danger, Calfia Puta!

Volver (Guatemala) made an appearance in Tijuana for the second time. While playing their set, the organizers brought a Tecate shaped piñata that was broken with kicks and punches, revealing candy, condoms, and coupons worth free shots or beers at participating bars.

Calafia Puta at 664, DFMK at Tigre, and the reunion show of No Hope at La Prision were the closer bands. Popular among Tijuana locals, the venues were packed with punks shouting lyrics, crowd surfing, and even hanging upside down from the ceiling.

One small fight was the only complication of the night, but the people that attended the festival and the organizers alike declare Carnavalito Peligroso a complete success. The second edition will most likely happen during the summer of 2015.