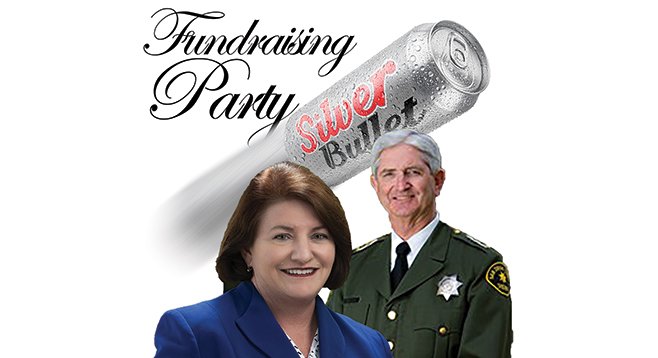 Sheriff Bill Gore, re-elected with no opposition this June, is now sitting on a fat campaign war chest of $59,339, according to his latest disclosure report.

Private prison proprietor Corrections Corporation of America, looking to snag plenty of business from California elected officials, has been laying out some major campaign cash. During the first half of the year, the firm gave $33,975 to the California Democratic Party. It also spent $20,934 on the Republicans. Both expenditures covered lavish fundraising-party costs, including one for Democrats at the Hotel del Coronado, a disclosure shows. Democratic assembly speaker Toni Atkins picked up $2000 for her own campaign fund.