We Are Only What We Feel, by NONONO 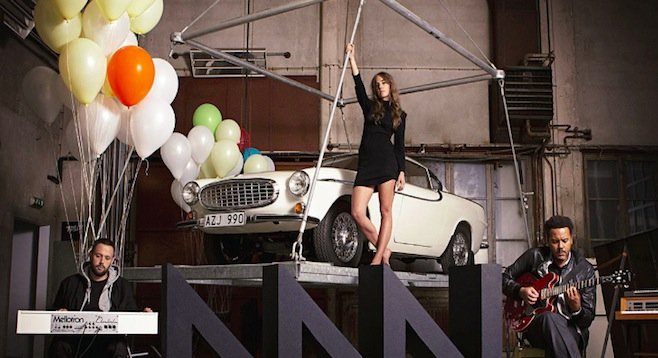 The verdict is in: synth-pop is here to stay. We Are Only What We Feel, the debut album from Stockholm based NONONO, does it wisely. The album features crisp, polished melodies and enticing beats. Given how accessible it is to create synth-based music these days, finding an artist that stands out can prove to be challenging. We Are Only What We Feel is one of the genre’s more impressive albums, plucked from the pile of less-memorable ones, due in a large part to singer Stina Wäppling’s vocals. Her voice is elusive, elegant, lending genuine emotion to each of the album’s songs.

NONONO also consists of the award-winning production duo Astma & Rocwell. These two create a rhythm that emphasizes the percussion and pulls you in with dazzling pop sensibility. They keep it interesting by cutting slices of edginess throughout. Airy vocals alongside heavy electronics draws comparisons to the Postal Service — one of the prominent groups at the forefront of the 21st century synth-pop revival — yet NONONO has found its own, more energetic sound. It’s one that leaves you in flux, pondering whether to dance or drift off into the abyss.

Standout track “Hungry Eyes” builds momentum via exacting drums and results in an uplifting chorus. Another is the sultry and cool “Like the Wind.” The group’s hit, “Pumpin’ Blood,” is notably more high-spirited and contains an addictive hook as well as poignant lyrics: “Sticks and stones won't break our bones/ We're in a car on the highway/ It's a magical feeling that no one's got a hold/ You're a catalyst to your happiness you know.”