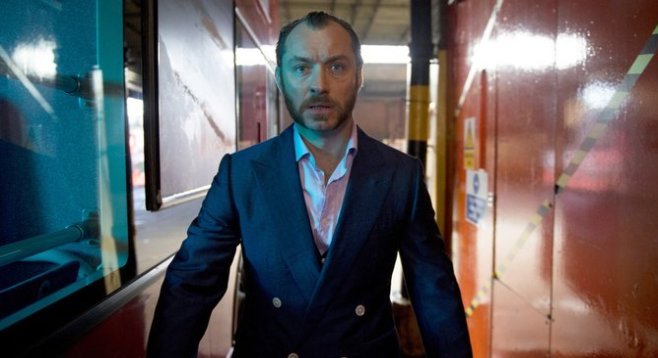 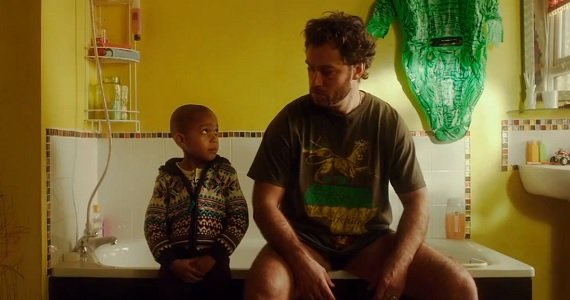 "Young man, have you seen my pants? I need to get this interview posted online."

Okay, my bad. Dom Hemingway came out last Friday, and I’m just getting to this now. Inexcusable. Still, I believe Dom would understand — he knows about time slipping away. And anyway, it’s still in theaters this weekend, so I’m thinking it’s not too late for me to put things right — just like it’s not too late for Dom! (I did at least get the review up in time.)

Matthew Lickona: How did you find your way into the writing of the script?

Richard Shepherd: I had a one-line thing: I was interested in doing something in London about a guy who gets out of prison. But I wanted to avoid all the cliches that that connotates. I started trying to figure out what the movie was about, who the characters were, and I couldn’t quite do anything with it. Then I said, “Let me just write a scene with him in prison.” And I ended up writing the first scene in the movie, and it immediately became clear to me who Dom was. It was the most freeing thing in the world. I thought, “Oh, I love Dom. I can write this guy doing almost anything. I don’t write by outline; I wrote from that scene forward, without really knowing what was going to happen. It came organically from the character — I was just enjoying the mess that Dom was getting into. 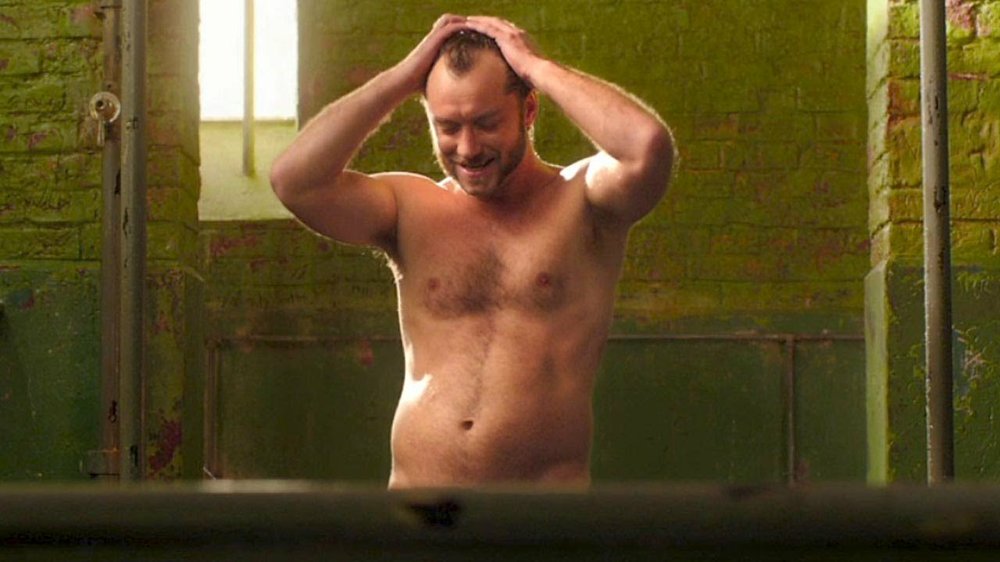 ML: What do you hope the viewer takes away from that first scene?

RS: Hopefully, it’s memorable. Dom is larger-than-life character who uses his mouth as a weapon. He gets himself into trouble and out of trouble through the dexterity of what he says. He’s a poetic petty criminal. That first scene is examining his ego: his belief in his own greatness. Then, as the movie progresses, he’s brought down to size. By the end of the movie, you have him giving a monologue in the cemetery that’s about as different from the opening monologue as you can get. 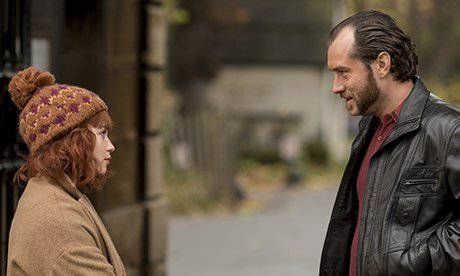 Dom Hemingway, near the film's end

RS: It’s a journey of enlightenment for Dom, but it’s not a “giant change” movie. It’s about taking one little step toward understanding. I think you hope that Dom won’t screw it up...but you don’t know. You end with the feeling, “Dom is back,” but is that a good thing or a bad thing?

ML: Right. I thought the film could have ended before that final scene, which introduces that element of uncertainty. 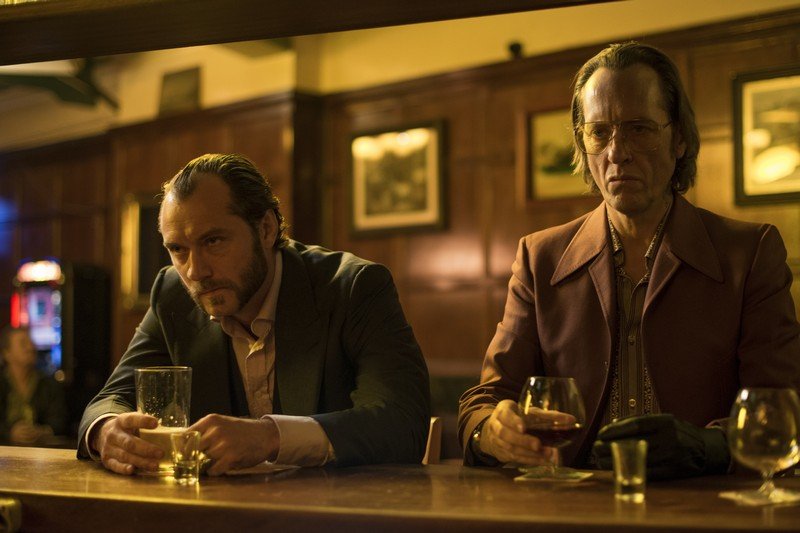 "You say 'week-long bender' like it's a bad thing."

RS: I wanted to make it a little less easy. I wanted to open up questions: Can we really change? Is Dom going to go on a week-long bender and screw up everything he’s fought to find? Jude and I talked a lot about Dom, and sort of came up with our own opinions; we talked about him almost as if he were a really person. “We have to make sure Dom does this,” or, “We have to be careful not to make Dom look like that.” We really cared about the man, even though he’s so crazy sometimes — and dangerous, and violent, and stupid. It was a shaky few weeks after the movie finished; I was weirdly missing Dom. I could keep on writing him forever. I’d like to write a TV show about Dom working at a Laundromat. He’s so interesting and gets into so much trouble doing almost anything — I can imagine it would be very strange. 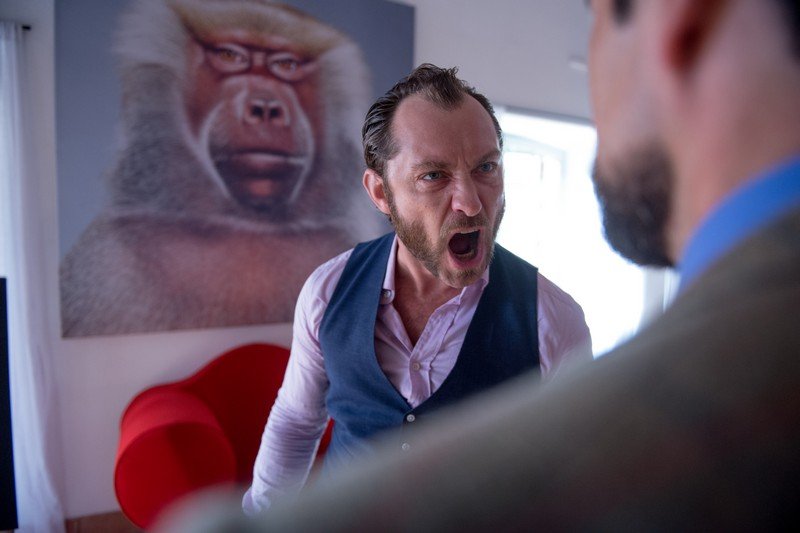 Dangerous, and violent, and stupid? This guy? You don't say.

ML: You’ve directed a number of episodes of HBO’s Girls. I read a lot these days about TV’s ascendance as a storytelling medium, and the waning of movies a cultural drivers. Yet here you are making a movie. What does film still have that TV doesn’t?

RS: TV is in a beautiful moment right now; there’s some amazing storytelling going on, and when you stretch these characters out over time, you can really dive into them. Girls is a very well-written show, and I’m lucky to be a small part of it. But I believe there’s something to be said about a story that has a beginning, middle, and end, and that is told in a brief period of time. I feel there’s still a level of experimentation and surprise in movies when they’re great. And I think the excellence in TV is seeping back into movies. Last year, you had Her and 12 Years a Slave, both movies that are heartfelt and character driven and that are not based on special effects.

ML: Why did you want to dip into the British Gangster genre? 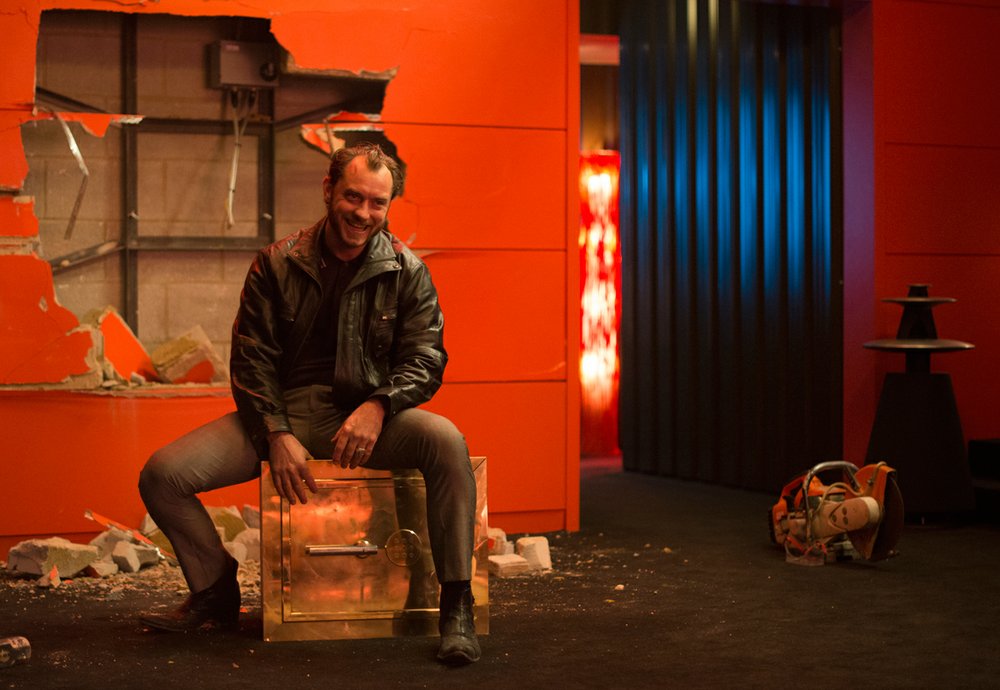 RS: Petty criminals are interesting, and I love genre pictures, but I very much set out to not write a gangster picture. Dom is a safecracker, but there is not one crime in the movie. The title isn’t The Safecracker; it’s Dom Hemingway. I was interested in going inside a person who might be a supporting character in one of those movies and making him the lead and grounding him. I wanted to create a character who is almost impossible to like, but who you can’t help but love. I think that surprises the audience and keeps them involved in the story.

ML: Tell me about working with Jude Law. 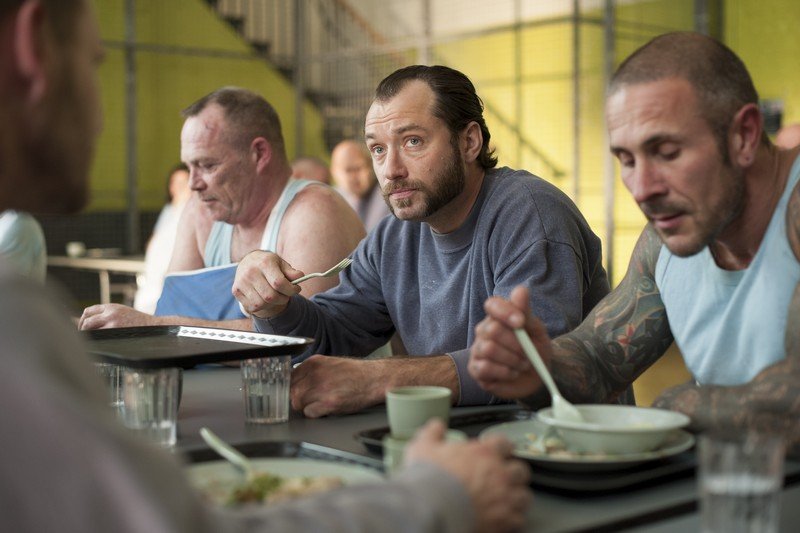 Stay tuned for the prequel: Dom Hemingway in Gaol.

RS: I think he realized that he had to give a great performance — a full, rich, deep performance — in order for the movie to work, because he’s in almost every frame of the movie. Any flaws would be obvious. He approached it with a deep conviction; he spent an enormous amount of time going over the script — line by line, asking questions, probing, forcing me to defend things and making things better. By the time we got to wardrobe and the facial hair and the receding hairline and the weight gain, we were very in tune with Dom. We had the same things that we wanted from the character. It was one of those lovely things where the actor feels a deep kinship with the person he’s playing. We both loved him, and we were both a little sad to see him go.