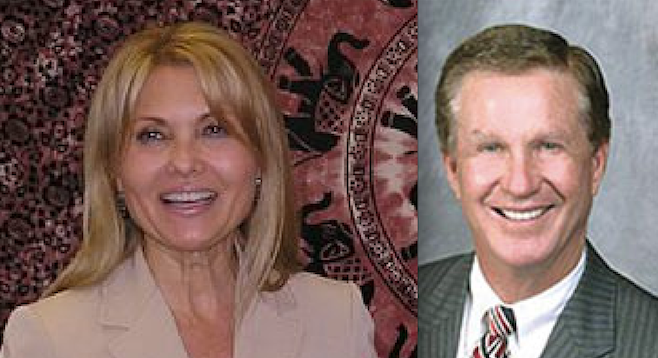 Real estate developer and U-T San Diego publisher Douglas Manchester has boarded the Board of Equalization bandwagon of GOP ex-assemblywoman and former Chula Vista mayor Shirley Horton, kicking in $6000 on April 21, according to a filing posted online by the California Secretary of State's office.

Like Manchester, Horton is a major player in San Diego's GOP Lincoln Club, having personally contributed $6733 since 2012.

The financial presence of the Lincoln Club backers, who helped destroy the political hopes of Republican-turned-Democrat Nathan Fletcher and Democrat David Alvarez in the race for San Diego mayor, may point to the kind of high-dollar barrage of political hit pieces that the club is famous for.

Horton is facing off against fellow Republican Diane Harkey, an Orange County assemblywoman well familiar with hardball politics. Her main foe had been termed-out Republican state Sen. Mark Wyland of Del Mar until he abruptly dropped out of the race last month.

Harkey had sued Wyland for defamation in September of last year over remarks he made at a Tea Party group about a fraud case against her husband's real estate investment operation. Three months earlier, a jury hearing the case awarded the plaintiffs $10 million.

The assemblywoman dropped her legal action against Wyland in December, saying she would continue the fight in "the court of public opinion," according to a Los Angeles Times account. 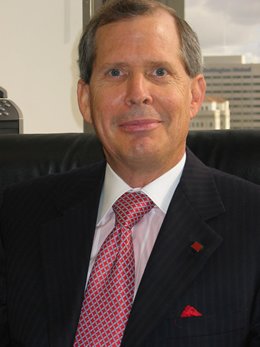 Horton is also acquainted with courthouse controversy. In 2003, she recanted statements made in a letter to Superior Court judge John Einhorn prior to his sentencing of former San Diego port commissioner David Malcolm in a conflict-of-interest case.

"Horton, a longtime friend and ally of Malcolm, said she didn't write that letter nor did she sign it," according to an account in what was then known as the Union-Tribune.

"The Chula Vista Republican said she authorized Malcolm's aides to draft the letter on her behalf under a set of guidelines. When she saw the letter, she didn't approve of it because she said 'there were sentences I wouldn't have said.'"

"The draft letter that Horton disavowed heaped praise on Malcolm, referring to him by his first name. At various times, it called him honest, a role model and a civic leader in 'every sense of the word.'"

Horton and Malcolm have served together on the board of the Lincoln Club, and under Manchester, the U-T has been friendly to Horton, giving inside observers leave to postulate that Horton has forged discrete ties to the paper and its editorial board.

An example came last September when U-T ran a glowing account of South Bay Community Services, where the former assemblywoman is director of development and community relations. The story was headlined "Giving People a Chance."

According to IRS filings, Horton received a total of $126,154 during the twelve months ending June 2012, the period for which compensation information is currently available.

Great article! I am laughing out loud that even Shirley Horton could not put her name to a letter extolling David Malcolm's "virtues" of being honest, a role model, and a civic leader.
Question: Does Shirley Horton have to give her job at South Bay Community Services if she wins a seat on the State Board of Equalization?

Horton hears a who??? 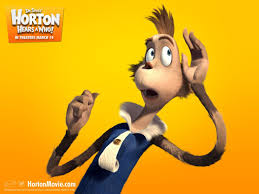